Is riding or running at a “respectable pace” your worst enemy?

Posted on November 1, 2012 by Christopher Cudworth 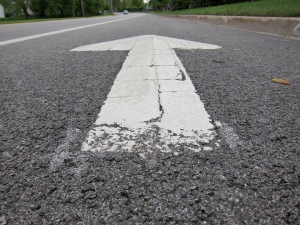 The first year I got my road bike was the best year of training and racing ever.

And that’s not a good thing.

Because in the 8 years since I bought a Felt 4C carbon fiber road bike, I’ve developed some fairly noxious habits that are holding me back, both in terms of enjoying my riding and improving as a cyclist.

It all starts with building form. Then breaking it.

To be fair, I’m still a better rider than when I started. My form is better, for one thing. No more death grips on the handlebars, and my posture on the bike and pedaling motion are both way more efficient that at the beginning. Those have improved with time.

What has not improved is the willingness to try new things, to take on new workouts and simply ride the bike as fast as one can go.

That first year as a cyclist I tried everything. At least once. And that was smart.

Group rides were the first revelation. Having a bike that made it possible to stick with the group rather than fall off in the first 5 miles was such a joy that I jumped into group rides whenever possible. Some were better than others, of course.

Racing was the other instructive tool for learning how to ride a bike. That first year on the Felt “Red Rocket” (a bike magazine named it 2006 Bike of the Year with that nickname) I raced 8 times over the spring and summer months, even into fall.

You can accomplish the same thing as a runner by buying some “fast” shoes that you would not normally wear. Save them for special workouts where you’re going to vary your pace and try near things. Or go barefoot, minimalist. Just pick a way to go faster, for the fun of it. Be a little less ‘respectable’ and a lot more experimental.

Make your own criterium course

Between races I created my own “criterium” course measuring .8M where I could practice maintaining a higher pace and cadence. That was really smart.  It is all right turns and I can see traffic easily on all those turns. So you can really tear around that block. Those half-hour and one-hour solo races were key to learning how to ride at 20mph+ on your own. That’s sort of the dividing line on racing: being able to sustain a certain pace on your own gives you the baseline to sit in with a pack going much faster on average.

So the things I did right that first year of riding and racing were focused on one primary goal: Going more than one speed on the bike.

See, cyclists (and runners too) easily fall into a trap of training at a pace that falls within a certain category. We’ll call it the Respectable Pace. Respectable as in, “I’m not going slow but I’m also not going so fast that I can’t sustain it.”

Among runners, it can be fun to go back to your old high school cross country course and run intervals on the prettiest part of the course. Or, hit the track during the middle of a 5 miler and run one hard, clean mile. Don’t even worry about the pace. Just focus on running faster. You’ll be surprised how much it changes your attitude.

I’ve trained with teams of runners that fix in on a “respectable pace” and do almost all their running at that pace. With our college team it was 6:00 a mile. Everywhere we went, morning, noon or night, we ran 6:00 a mile. And we got fast, but we were also almost burnt out before the end of the season. Our bodies essentially were asked to develop and maintain peak form for 10 solid weeks. That can’t be done.

Cyclists commit a much worse crime by starting out in mid-March with hard rides trying to get into shape. Then the rides get harder and longer in April into early May. Group rides turn into races rather than training sessions. You get back from a 70 miler and look down at your cyclometer and it says, “AVG 22MPH.”

Yes, that’s a respectable pace. But pretty much all you’ve done is hang on for dear life unless you’re one of the leading riders in the group. And then, you probably haven’t been tested that much.

How to vary pace within a workout

Instead, we runners and riders need to remember to vary our pace within every workout week. Instead of going out and running 4-5 miles at the same old 7:30 pace, even a casual runner should pick a section of trail or road and pick it up to 6:45 pace. Get the legs moving. When you stop the 800 meter interval, go back to the respectable pace and see how it feels. Often it’s a little harder, of course. You’ve just gotten a new training effect. Each week you can use one workout to be a little less “respectable” about your running and add in 2, then 3 or 4 surges inside a 4 – 5 mile run. It’s that easy.

Cyclists, stop what you’re doing right now and make a vow to do something, anything other than mash away at 18-20 mph for weeks on end. That’s just stupid.

There are three things you need to do right away to improve your riding.

Learn to use the wind for resistance: Training “into the wind” is a real chance to build strength without worrying about pace. In fact, turn your cyclometer off or at least switch it to cadence so that you can watch that you’re not dialed up into “mashing” territory where your legs are at their maximum limit of wattage. Instead, increase your cadence and work on your bike position. Pick a brisk cadence and keep it there for 3 to 5 miles.

Learn to use the wind for fun: Who says it’s a sin to go really fast with the wind behind you? No one. So next time you get a 30 mph guster behind you on the way home from the tough part of the ride, let ‘er fly. There’s no sensation like building up to 35 miles per hour or faster and immersing yourself in the sense of speed. That’s good for your mind, so that the idea of going fast is not averse. You can also learn to handle the bike and play with your cadence when the chain ring is nearly maxed out. Keep the cadence fast. Pretend you’re in a sprint at the Tour de France. It’s all good.

Take a break from boredom–ride some hills: Instead of looking at hillwork in cycling like it is torture, recognize that riding slow and steady up hills is the absolute best way to build not only your climbing ability, but your hamstrings, lower back and quadriceps–the whole ‘power base’ upon which you depend for cycling speed is made better by riding hills. Riding hills won’t hurt as much as you make yourself believe. In fact after a few times up and over your local hill, you’ll often find you slip into a more efficient pedaling grooves and your pace can actually improve. Of course, sooner or later you slow down from sheer fatigue, but that’s the goal. Ride until you lose efficiency, then call it a day. But remember to come back next week!

Race. It’s that simple. Racing forces you to break out of your ‘respectable’ zone no matter what it is. When you literally can’t control the pace, you are forced to adapt and change, and as a result, find out new things about your cycling. That sudden surge? You handled it. That weird lull in a criterium. That’s you saving energy too. That long push to the finish in a group sprint. Okay, sure, you got left behind in the last 200 meters but your cyclometer showed you topped 30 on the flat. And that’s not just respectable. That’s really respectable.

So instead of being just respectable in the coming year, show yourself some respect and break up your routine.