The tarsnake of being thankful for things that didn’t happen

Posted on November 22, 2012 by Christopher Cudworth 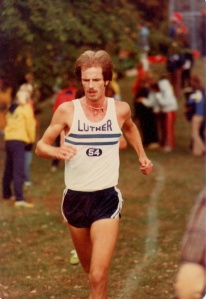 Running and riding gives us lots to be thankful for. But there’s more to life than that.

Thanksgiving is about saying thanks for everything you have in life. Food. Family. Love. Relationships. Your road bike. A favorite pair of shoes. See, if you run and ride, your perspective gets a little skewed toward your favorite activities. Nothing wrong with that.

We really can all be thankful for the many things our respective sports bring us in terms of hope, health and happiness.

Saying thanks for endurance. Both physical and emotional.

We can also be thankful for the ways running and riding help us cope with the crap we wish we didn’t have to endure. Things like pain. Depression. Anxiety. Stress. Nothing to eat in the refrigerator. It’s all relative, you know.

Of course, as runners and riders, we’ve likely experienced all four of those previously mentioned emotions, pain, depression, anxiety and stress, in a single race. But that’s why we run and ride. Suffering builds character. So you can handle all the crap that goes on in the rest of your life. We can be thankful for the endurance we develop through our chosen sports.

Saying thanks for nothing?

I’m also here to say thanks for a few things did not happen over the years. To be precise. I’m thankful I did not get killed a few times when it could easily have happened.

Such as the time(s) our college cross country team drove home from meets with a case or two of beer in the car. That was stupid. We almost crashed head on into an approaching vehicle once because the driver of our vehicle was drunk. I can still see the crest of the hill where the road disappeared into the sky. Then the driver crossing the center line, and the car hurtling at us from the other direction. I was not close to God at the time, but a prayer of thanks definitely crossed my lips at that moment.

You’d think that would have been lesson enough. Yet again there was a case or two of beer in the car on our drive back from a meet in Racine, Wisconsin to our college town in Iowa. Our driver and teammate was so drunk he could not sign his name on the gas receipt, so I refused to get back into the car at a gas station in Prairie du Chien, Wisconsin. Honestly I was afraid we might plunge off the bridge ahead, into the Mississippi. So I stood outside the car refusing to get back in until someone with more wits about them agreed to drive. I thank goodness for that tiny bit of common sense. And that we made it home alive.

I’m certainly hopeful today’s college kids have more sense. We can be thankful if that is indeed the case. But I’m not so sure.

Fate can be even stranger than stupidity

Sometimes fate is even stranger than stupidity. While standing on a curb during a run, waiting for the light to change in Geneva, Illinois, I was wiping sweat out of my eyes when a loud crash erupted from the intersection. I opened my eyes to see a Volkswagon in mid-air, headed right for me. I dove for cover, grabbing an elderly man in the process, likely saving both his life and mine. Not knowing what else to do, and feeling shock from the incident, I got up and kept running. 400 meters later I stopped when a shiver of fear came over me. I’m certainly thankful to have avoided that flying car.

A few years earlier in Geneva I was running through town when a group of kids hanging out by the downtown theater took a disliking to the color of my shirt, which was orange and black, indicative of the school I attended in another town.

First the bored townies stuck out their legs to try to trip me, then got angry when I spun around to flip them off. Alright. I admit that was probably dumb.

Then it got weirder, and more dangerous. A huge guy wearing flip flops jumped up and came after me.  I trotted just ahead of him until he got tired. But then a car pulled up and he jumped in and the car started to chase me. I cut through the backlot of a grocery store but they had circled the block and had me in their sights. The angry guy jumped out, pulled out a large knife and threw it at me. It skittered across the ground.  I am of course thankful to this day he did not hit me with the knife.

Over the 30+ years I have been out on the roads, I have been hit by empty and full water bottles thrown at me from cars while I was running and riding. Most of that was long ago, so I’m thankful people seem to be more tolerant of runners these days. We’re still working on tolerance for cyclists, I’d say.

But I will say I’m thankful that none of the angry drivers who have confronted me on the bike has ever made good on their threats, which have included “twisting me into a pretzel” and “snapping my pencil neck.” Thank God they have all stayed in the car. So far.

I’m really thankful my recent bike accident resulted only in a broken clavicle, now healed, and that I did not tumble across the road like a sausage tossed from a meat truck. Instead I landed hard but safely in a grassy ditch. I’m thankful for all that too.

I was so excited to compete in the Twin Cities Marathon that I did not bring along enough clothes to compensate for a 30-degree temperature at the start, compounded by steady winds off the many lakes in town. While sticking with a group that included Olympian Don Kardong doing 5:30 per mile, it did not occur to me that the growing numbness in my body was a sign of possible hypothermia. A college roommate watching the race pulled me off the course at 16 miles. “You’re done,” he said, noting my thickening tongue and bluish lips. “Your race is over.” I’m thankful he was there.

It all adds up to thankfulness

It’s amazing how many things we have to be thankful for if we stop and think about it. But as illustrated here, sometimes it is the things that don’t happen that make you really thankful you didn’t get hurt or even lose your life.

And since I am alive I’ll say I’m thankful for people like you who read this blog and give feedback.  Happy Thanksgiving, everyone. Hope you get out for a run or a ride today. And if so, that you don’t encounter any turkeys on the road.