Why stuff like fashion, sexism and ageism matter to those who run, ride and swim

Posted on February 3, 2016 by Christopher Cudworth

So yesterday’s rather long blog about Victoria’s Real Secret might seem to be off the subject of running and riding and swimming.

But I think about these things because they do relate to the worlds of running, cycling and swimming. And multisport as well.

For example, in reference to the evolution of women’s specific exercise clothing, and how it took years for women to get what they wanted (not just what men thought they wanted)  I saw this interesting meme on Instagram this morning. It was posted by trichicks.

It’s pretty clear some serious thinking goes into women’s specific clothing. And it’s so easy to take these details from granted. But over the years, I’ve watched the evolution of women’s specific apparel, and to me it’s personal because the women friends in my life matter to me. I get happy about the thought that all women can share in activities that used to be for men only. .

And as my blog yesterday also discussed, there’s still a lot of body shaming going on, and it’s coming from both men and women. For example, I also stumbled this morning on an article about what Susan Sarandon wore to the SAG Awards (that’s the Screen Actors Guild) and the nasty messages people posted on Twitter about her cleavage. They said she was too old to wear a low cut outfit. They made jokes about the “sag” awards as if showing her 60+ breasts was shameful. But here’s a photo of Susan Sarandon. She looks great and stands up well against all the other gals showing their cleavage. It’s her goddamned right.

Oh, and that’s Piers Morgan weighing in below the photo. “Very tacky, Ms Sarandon,” he snarks.

Yes, there are situations in which women step over the line when it comes to what they wear. We’ve all been to that 4th of July party where an elder gal at the party is falling out of her dress. People wish she would just put it away.

But I also admire women that decide to wear what they bloody well want. It’s a bold, happy statement for an older woman with ample breasts to just put it out there and say, in essence, “Deal with it.”

But that’s not precisely the case here either. Susan Sarandon is wearing a quite lovely bra under that white jacket. And it’s just like I was talking about in the blog yesterday. Underwear has become outwear, and in its context, that is a statement about owning your body. It’s the same with wearing a sports bra out to go for a run. Perhaps you cover up to go to Trader Joes. But when you’re running, you can wear what you want.

The same goes for men and their bike shorts, by the way. It doesn’t hurt to put on some nice baggy shorts if you’re going to the grocery store after a ride. And really, tight-fitting clothing does have its place in many societal situations. 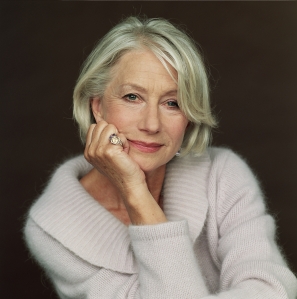 Yet there’s also an ugly bit of ageism going on against Susan Sarandon. Why is she

being busted when Helen Mirren has made a similar go of it with her aging body and been celebrated? This idea that women are not allowed to age is ridiculous. Certainly Helen Mirren was a young beauty. Yet she’s just as stunning in her elder years.

She even posed nude and that was also a wonderful statement that aging does not mean you’re all used up.

Think about the finish line of your typical triathlon or running event. There are women crossing that line with wrinkles and aging skin. Their bodies may not be what they once were, for certain. But there is great beauty in perseverance.

In an interesting alignment with the Internet gods, this morning I also watched this hilarious and biting video from Amy Schumer. It’s about the Last Fuckable Day among Hollywood actresses. It throws the bullshit expectations of age and women’s body image out the window. Watch it and laugh. And just try to get that image of white spiders out of your head. 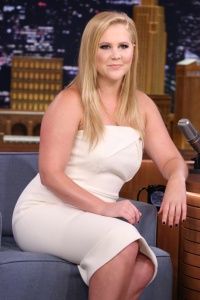 Of course, Amy Schumer rips these perceptions up with regularity. She talks about sex and body parts and wears her own weight with gloriously feminine panache. Her movie Trainwreck admits this is not always a pretty process. The character she plays has genuine issues about commitment and relationships. Well, duh.

But how many times have you seen a woman out for a run with a little bit more weight on her body than she’s probably like and thought to yourself, “You go girl.”

Because for whatever reason she chooses: For health, for weight loss for sanity…that’s a choice she’s making that day. And generally, that’s a good one.

Of course, society can be cruel in such circumstances. Men can shout out the windows of their cars. Whether for compliment or insult, street harassment is still an issue for women.

So it all fits together you see. Just like I said in yesterday’s blog, it’s all about respect in the end. Showing it. Giving it. Expecting it in return. Respect is the foundation of all relationships, public or private.

And respect is the foundation for social justice. Running and riding and swimming play an important societal role in this evolving world. They teach us how to respect the effort of others. Give us empathy for their struggles, and our own. We can align and share these experiences with people of different cultures, races, gender and orientation.