Abiding with the seasons

Posted on November 1, 2018 by Christopher Cudworth

This time of year, the day after Halloween, things seem to happen fast.

Weatherman Tom Skilling of the Chicago Tribune this morning notes that November is the fastest chilling month of the year.

Those of us who run and ride certainly know the outline of that story.

Here in Illinois, we’ve had a few straight days of weather above sixty-five degrees.

It’s easy to fall into the trap of thinking that type of weather will hold out forever.

Most of us who run and ride have learned our lesson by now. November is the most fickle month of all. I well recall a November day twenty years or so ago that dropped below zero degrees Fahrenheit. To go from forty degree days to a sudden shot of cold like that is shocking. However, the temps have been moderating the last few years thanks to climate change. A mild winter is predicted here.

I have another measure of the changing seasons that I always trust. That is the migration of birds. Typically in our area of the country, the first and second week of November brings cool north to northwestern winds. That’s when sandhill cranes come thick and fast. They’re headed southeast to Florida for the most part.

We have cranes now breeding here in Illinois as well. They’ve become quite common, even to the point of lurking around suburban yards as if human beings don’t even exist. That’s a big change from even twenty years ago when the local population of breeding cranes was sparse and skittish. Now they couldn’t give a rat’s ass about human beings as long as one does not approach them directly. They even walked up to our bird feeders from our backyard several times this year. 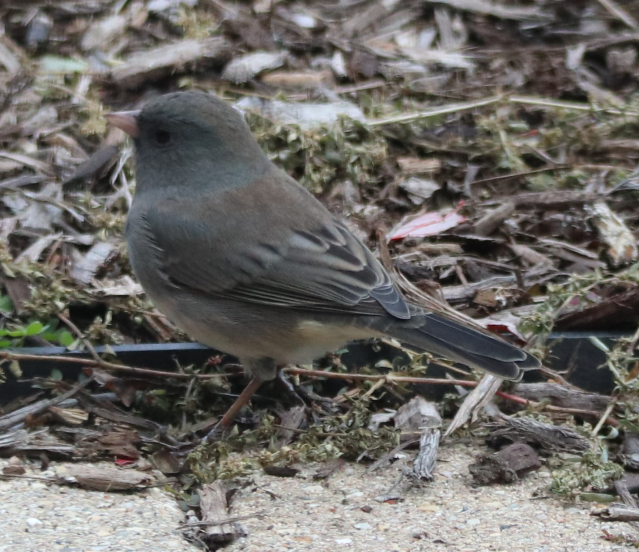 The bird feeder is where one can most easily see the change of the seasons. The dark-eyed juncos have arrived along with the fall sparrows. They inhabit the feeder zone in rotating shifts it seems as each morning progresses. The sparrows might start, but then the blackbirds and grackles arrive and chase them out. When those leave the juncos swing into action.

But there are also progressions of birds that arrive and depart with the passing seasons. These mark the typically slow progression of fall into winter, or winter into spring. I welcome it all. Because what else can you do? 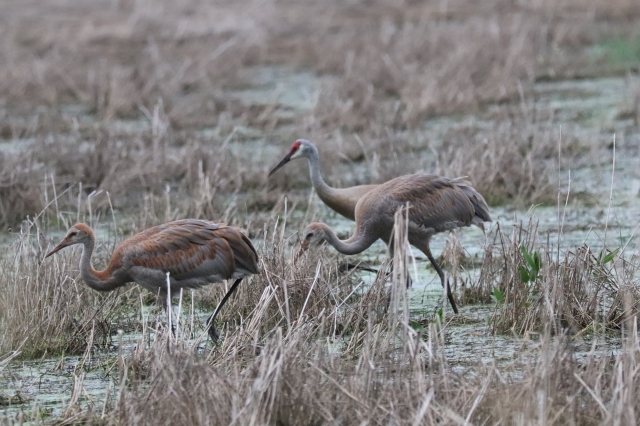 These have been the measures of the seasons for me for more than five decades. I’m still running like I did in the early 70s, and I still get out birding now and then. Or else I’m taking photographs of birds because that’s a satisfying way to capture those experiences.

I don’t suppose these rhythms will ever change much, or at least I hope not.  We all need foundations for belief and interest. These also keep the seasons from running into each other without notice or observation. The world wants to be noticed and engaged. It is only ours to oblige, and abide.

Christopher Cudworth is a content producer, writer and blogger with more than 25 years’ experience in B2B and B2C marketing, journalism, public relations and social media. Connect with Christopher on Twitter: @genesisfix07 and blogs at werunandride.com, therightkindofpride.com and genesisfix.wordpress.com Online portfolio: http://www.behance.net/christophercudworth
View all posts by Christopher Cudworth →
This entry was posted in running, we run and ride, We Run and Ride Every Day, werunandride and tagged bird photography, birding, birdwatching, changing of the seasons, changing seasons, Chicago Tribune, photography, run, runner, running, Tom Skilling. Bookmark the permalink.

2 Responses to Abiding with the seasons