One of the most inspiring cyclists I barely know

Posted on June 2, 2017 by Christopher Cudworth 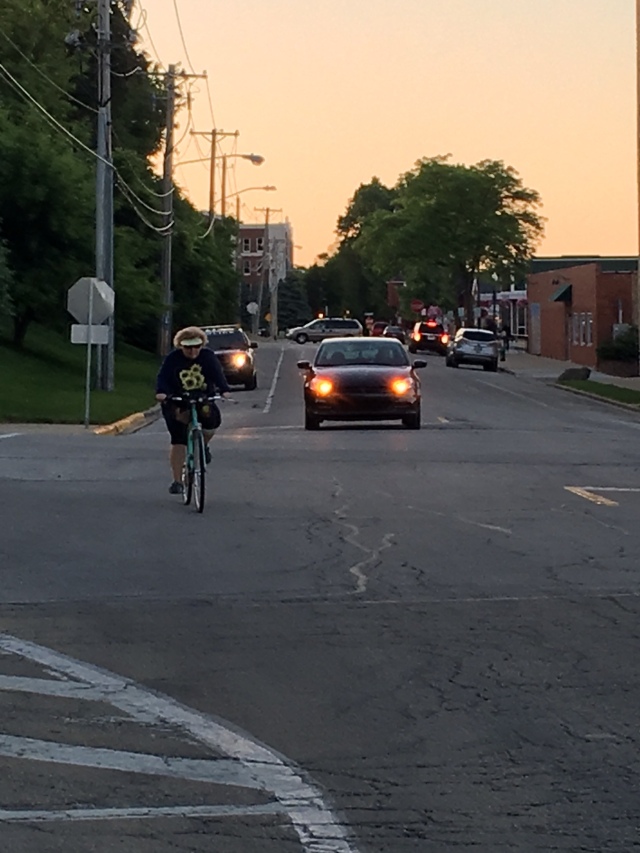 I started this blog in the fall of 2012. Within a week or two of posting the first piece, I noticed a woman riding up the block where I lived in Batavia at the time. She wore a visor, no helmet, a sweatshirt and some 3/4 length pants. Her bike was a simple mint green affair. She wore no clips on her shoes and pedaled at a steady, even rate.

Over a couple week period I noticed her passing the house several times, then realized she lived a block away.

One day I stepped out on the street and waved. She stopped. We talked. I learned that she rides up to 25 miles a day on that bike.

As the weather changed that fall and got colder, I kept waiting to see how she’d change with the season. But seriously, she kept her routine almost religiously. Down my street she’d go, pedaling with that same efficient method. Not fast. Not slow. She’d just go.

It got colder. She kept riding. Then it got really cold, and I was shocked to see her now pedaling that bike in conditions that would put me into full protective gear. Gloves, shoe covers, the like. She may have had some boots on. She wore an earcover. But she kept on pedaling.

Then the snows came and the streets were covered with slush. But when they melted in a few weeks, there she went again. Tempatures were in the low thirties. The wind was harsh. Yet she pedaled on by in a warmer coat and pants that covered her whole legs. 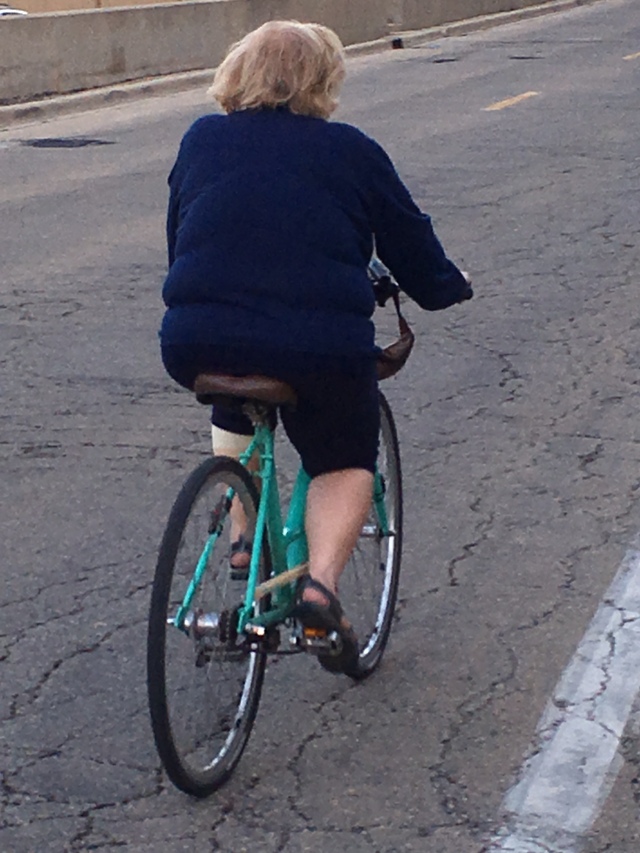 She told me later that spring that it was a tough winter for riding. You think? “I cut it down to ten miles some days,” she admitted.

Yesterday at twilight when I was walking out of Kiss the Sky Records in downtown Batavia, there she came up the street. No lights on her bike. No helmet either. She’s both unconventional and conservative at the same time. I didn’t bother her as she rode past. Instead snapped these two quiet photos and smiled at her as she rode past. She smiled back.

Sometimes that’s all the inspiration you need.

Christopher Cudworth is a content producer, writer and blogger with more than 25 years’ experience in B2B and B2C marketing, journalism, public relations and social media. Connect with Christopher on Twitter: @genesisfix07 and blogs at werunandride.com, therightkindofpride.com and genesisfix.wordpress.com Online portfolio: http://www.behance.net/christophercudworth
View all posts by Christopher Cudworth →
This entry was posted in cycling, cycling the midwest, Uncategorized and tagged bicycle, Bicycling, bike, cycling, cyclist, riding. Bookmark the permalink.