What it means to have good legs

Posted on August 29, 2016 by Christopher Cudworth

When watching a cycling or triathlon broadcast, one often hears the announcers refer to an athlete as having “good legs.” And while that is often true in the sense of appearance, the condition to which they’re actually referring is the athlete’s conditioning and how it is paying off that day.

There are tangible aspects to having “good legs” on any given day. At a recent gathering of triathletes, conversation turned to issues that affect performance such as training fatigue, cumulative fitness and tapering before a race.

Looking at the first component, training fatigue, we can examine how training affects having “good legs” on any given day.

One of the principles of training is doing work while your body is already tired. In college cross country, we used the term “chronic fatigue” to describe the rollover effects of consistent training. During the week, this consisted of twice-daily workouts usually with a 5-7 mile run in the morning and a 7-10 mile fartlek, speed or base-building workout at night. On Saturdays, we’d race distances of 4-5 miles with a four-mile easy workout after getting out of bed, then a one-mile race warmup and one-mile cooldown. Sometimes we’d get home and go for a short run to shake the travel out of our legs. On Sundays we’d do training runs of 15-20 miles. Often (and not wisely) we did these runs at 6:00 to 6:30 pace.

But that’s how one reaches a level of 100 or more miles per week. There were days  when the legs were tired, for sure. But there were also many incredibly loose days because the muscles driving all that work dispense the lactic acid and the body gets very efficient at replacing liquids and nutrients. And while 100 miles a weeks sounds like a ton of running and a guaranteed way to create training fatigue, I also knew a Division III runner who put up weeks of 250 miles in training.

The purpose in all this is to point toward races during the season where you were racing on tired legs already. So you can imagine, having “good legs” becomes a relative aspect of your overall training. We still raced at between 5:00 and 5:20 per mile in cross country competition. One learns to find the most efficient form and tempo, learned in large part through speed and interval work done on the track or in timed mile intervals. That race pace becomes ingrained in your body and the ability to sustain it too. 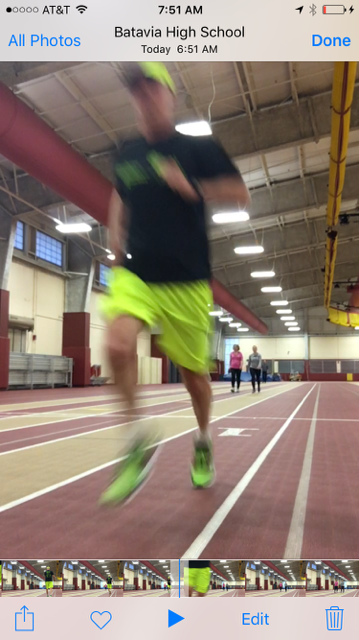 This last component is what most distance athletes who coach themselves learn to neglect. Training fatigue is your friend, but only if you are able to teach your body to perform under duress at the race level you want to achieve. That’s why some triathletes struggle to improve their runs. They simply do not do enough pure running volume to require the muscles to perform at a faster tempo. Brick runs will teach you to run tired to some degree, but the real secret is planning your run training to have at least one period per week, ideally with back to back days, where you press your body into service with a long run and then come back the next day with intensity training on the track. That is how you teach the brain to cope with training (and racing) fatigue.

This is the solution to having “good legs” on race day. And you’ll notice when watching races such as the Tour de France, that some cyclists will surge to the front on a given day. Ruling out the onus of performance-enhancing drugs, pro athletes in endurance races and their more modest kin at the regional and local level all experience relative degrees of positive biofeedback and energy.

There is nothing like the feeling of “good legs” when one has been training hard and yet the body responds with eagerness to the tests of the day. That is how athletes truly build confidence and learn to exceed former limitations in performance. Gaining good legs is all about creating the circumstances where the true mystery of training effects can show throw.

It can be amazing how fast you can perform when you open the doors to training volume and intensity. Then when your legs respond, there is less mental resistance to the idea that you can’t do what you set out to do. You are transcendent, and good legs carry you there.

Training fatigue seems like a negative concept that adds up to positive results. So let’s consider the opposite angle of this equation. Cumulative fitness is the degree to which your training is already working and in place.

That’s not just your “base” by the way. Cumulative fitness incorporates intensity along the way. An athlete pointing to a September marathon or triathlon, for instance, will quite often add in some tuneup races. This helps the athlete develop functional performance strategies and other tangibles that contribute to success. In endurance sports this includes strategies for hydration and nutrition.

Typically during a peak racing season the early races are exercises in fitness testing. An sub-elite distance runner might start out running 33:00 for their first 10K in September and be aiming for a 31:30 or below by season’s end in late October or early November.

The method here is to tap your cumulative fitness by planning around paces that one is already able to do in training. If a 43:00 10K runner can do 7:00 pace interval work or under during practice, that is evidence there is potential to manage that pace through the early going. But if one does not back off in training until a couple days before the race, there is not much training lost, yet the legs will feel fresher for those test races.

The same holds true for all three disciplines in triathlon. A swimmer hitting workouts five days per week or chops out two sessions in advance of a competition is not going to lose much training, but the confidence they’ll get from the feeling of “good legs,” or this case, “good arms,” is a motivational boost that feeds back into training adjustments. Races are excellent feedback even when they are not done all out. The opportunity to run or ride or swim at least an 80% effort tells you where you stand in the goal of having “good legs” in the long run.

The delicious thought of a training taper is like a seductress waiting during the process of getting fit. The chance to back off on training is, for an Ironman competitor, almost too good to be real. Long rides of 100 miles or more, and 20-milers in the heat are all tough challenges in your schedule.

But the taper must be timed right and done properly for it to work. One cannot just go “cold turkey” and sit around waiting for the rest to start. It’s much more like active recovery from injury. Because training essentially does injure your body every day. When you keep training on top of that, the body is forced into action to build new capillaries and make us of oxygen transport from lungs to muscles to heart and again. It’s a cycle we all engage in just to live. The athlete in training simply pushes this cycle to its fullest. 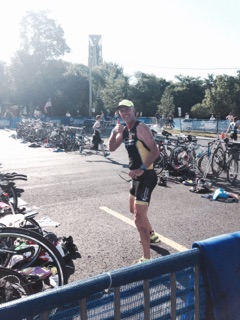 There is risk in the taper, in that athletes can be prone to relaxing their diet by putting things in the body that have not been ingested during training. Even a casual Coca Cola when one is not generally drinking soda during training can really mess up an athlete’s stomach. And a bad gut almost never leads to good legs.

So the taper, while it is received with such relief at times, comes with a responsibility for discipline. Otherwise all that training can be wasted, undermined by some last-minute weakness or personal failure.

Ironman triathletes joke about covering themselves in bubble wrap during taper. So much work requires a protective attitude before the race. Some athletes take the opposite approach, entering tuneup races with short but flared intensity. Some 10K runners race competitive miles the weekend of their race. Some triathletes do Sprint or even Olympic distances. If so moved, it is likely that the taper might include some surrounding rest around those short but intense efforts.

As mentioned, there are also many intangibles to the notion and joy of good legs. There are simply times when the human body is in a state of positive fitness where it acts as if it simply wants to “take over” the wheel and drive you home. It’s on those days that breakaways work in bicycle races. A rider with “good legs” becomes fearless, engaged and ready to win.

The same can apply to those who swim and run. “Good legs” sometimes come around when you least expect them. During those moments it pays t ask yourself, “Will this feeling come again?” Perhaps it will, but there should be an athlete’s maxim in play here, as in: “Goods legs are a bad thing to waste.”

So go for it next time you feel a set of “good legs” coming on. Take extra pulls. Run near the front. Swim in a lane with a faster swimmer. You might be suprised how far and fast a set of good legs is capable of taking you. 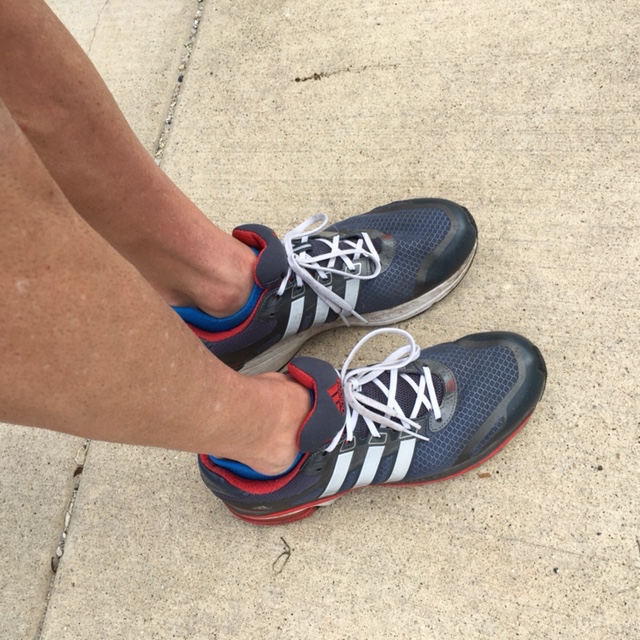