To equal or surpass the Art of Dying

Posted on April 3, 2018 by Christopher Cudworth

There’ll come a time when all of us must leave here
Then nothing Sister Mary can do
Will keep me here with you
As nothing in this life that I’ve been trying
Could equal or surpass the art of dying
Do you believe me?

The Art of Dying ––George Harrison

(To read this blog in its full glory, click through from the email to We Run and Ride.)

At the age of fifteen I’d sit with two big stereo speakers on either side of my head and listen to the epic album All Things Must Pass by George Harrison. By that time in his life, George was tired of being a Beatle and his double album served as a release from prison as a second-tier songwriter to Paul McCartney and John Lennon.

A few of the songs on that album had obviously been written while George was still a Beatle. But if the White Album split the group into factions, and Abbey Road served as a swan song for the studio era, the release of Let It Be made clear that the group was in the act of dying of its own inertia. The Beatles were becoming single-entities, discovering life on their own terms. The thing called The Beatles had to die for that to happen.

Few could believe that the light and life those guys had brought to the world could  collectively flicker and go out. From Beatlemania to the raucous joy of Hey Jude played live for the world, the Beatles broke all the rules.

But as George pointed out with his album All Things Must Pass, there is nothing in this world that truly lasts forever. Lying there on the living room floor with that album flowing through my brain, I tried to absorb the meaning of those lyrics. Surely I understood the message of Isn’t It a Pity in both its fast and slow versions:

But even though it felt like it one could die from lost friendships and even lost loves, it did not equate to actual dying.

While we all feel loss in our lives in one form or another, by the time my teenage years were in full swing, I was beginning to more clearly understood what it meant to win or lose.

After all, I was one of the most competitive kids to walk the earth. Whether this was out of fear or desire or insecurity I’ve not fully deciphered. But it was a fact of living that I could not stand to lose.

The ego-boosting desire to win rose like a fever in me while playing sports such as basketball, baseball, soccer, track and cross country.  I did my share of winning in all those sports. But the desire to conquer others didn’t stop out on the fields either. I strove to win in table tennis and foosball and whatever competitive endeavor I could find.

I now realize that all that desire to win was founded on a determined (and perhaps desperate) desire to live life to its fullest. I simply felt most alive when I was winning. And it was also done in defiance to all who doubted me. That is the chiaroscuro of competition. Lights and darks.

The desire to win or to avoid losing is interesting in the grand context of life. Because now that I’m old enough to have actually ‘lost’ several people near and important to me, the entire concept of loss has shifted dramatically.

To make the issue of dying even more interesting, I know many people who consider dying a sort of victory over life. They believe that eternal life awaits them after they pass from this one. Their Christian faith provides assurance their spirit will somehow carry on once their earthly body dies. Some even believe they will get an all-new body in heaven. If that is true, we all become recycled beings, renewed only by the process of giving up an earthly existence.

I’ve sat by the bedside now with both my parents as they died. I’ve also experienced the death of a spouse, and also a father-in-law, and both grandparents on my late wife’s side. Thus death is no longer the grand mystery that it once was. I know what dying looks like.

At the age of 13, spinning a basketball on my finger

Other than dying of old age, it seems we all lose someone to tragedy along the way. I had a college track teammate who died when he became severely dehydrated from a spike in temperature due to the effects of a cold and fever that got out of control. That was a tragic, sudden and inexplicable death.

It seems we all lose friends or classmates to events such as traffic accidents, cancer at a young age (or any age), drug use or freak accidents. At a tender age, you suddenly realize it could happen to you. So is life just a competition to avoid such fates? Is it all just about delaying our time of death? Or is it about denying that we die at all?

I knew a woman who lost her husband in her middle 40s. She immediately married the man’s twin brother. He moved into the house and started wearing his brother’s clothes. The entire experience freaked out her children. And for good reason. That was denial personified. There was no grieving. No real acceptance that a death had ever occurred.

And that’s not exactly natural. We should grieve our losses. It is the healthy and respectful way to consider the meaning of that person in our lives, and to renew our own spirits as well. The Art of Dying is not limited to the person who dies.

Sudden calamities are perhaps not considered an artful way to die. But the fact of the matter is that life can be an ugly business. Even the death of Jesus was a harrowing ordeal. Yet that event has been canonized and celebrated by the Christian faith as the most artful death of all.

Pre-determined. Destined to happen. Sacrificial in its nature. Redemptive in its significance.

The Christian faith says that Jesus conquered death and rose from the tomb to walk about the earth once again. The Bible maintains there were witnesses to this event, and proof enough that Christ broke physical laws to artfully demonstrate that having faith in the Lord will provide us all with eternal life.

But not everyone is convinced of that reality.  In a cryptic way, the challenge of understanding death and what comes after is what George Harrison wrote about in his song The Art of Dying.

Serving as both witness and guide (to some extent) to the act of dying in so many people close to me has produced a strange and sometimes disturbing objectivity about death. There are times when I feel a sense of guilt about not being more ravaged by loss of those close to me. But a last breath is just that. It is final. And in that knowledge there is a sense of closure in something I could never understand at the age of 15, or 30, or even 45 years old. It can take a long time to understand the art of dying.

Then there are pliable notions of what death really signifies. George Harrison seems to suggest a belief in reincarnation. That is the idea that we live multiple lives or get to keep coming back for another try at improving this thing we call life.

It’s a tantalizing idea, and I don’t quite buy it. Yet it dwells so closely in space to the Christian concept of eternal life that I don’t reject the idea either.

There’ll come a time when most of us return here
Brought back by our desire to be
A perfect entity
Living through a million years of crying
Until you’ve realized the art of dying
Do you believe me?

After my wife died, one of my daughter’s friends visited our house a month later and experienced a mysterious appearance of three lights in the very living room where my late wife had passed away. Those orbs appeared at exactly the point where head was resting as she passed away.

There are many theories about spirit and energy and the existence of these aspects in dimensions of time and life itself. So I don’t reject that occurrence either. The young woman who saw the red, white and green orbs is an astronomer by training and a scientist with a cold eye for reality. She is not prone to making things up for effect.

What I’m saying here is that most of us begin with the notion that our existence is a form of competition to stay alive in this world. Yet somewhere along the way, it evolves into something else, a competition of sorts to understand reality itself. Victory comes not from conquering life, but from accepting it fully. That is the Art of Dying. 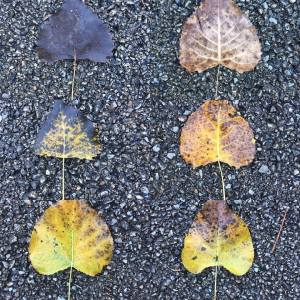 In that “game of life,” the only losers are those who refuse to seek real awareness and give it a chance to sink in. Our notions of temporal reality may be the limiting factor in that pursuit. That’s when the refrain lyrics from the Art of Dying take on real meaning:

Perhaps you don’t like to think about dying. Perhaps the idea frightens or depresses you. But that is the opposite of understanding. Living in denial gains you nothing. Living in curious wonder gains you everything. That is the art of living that you gain from learning about the Art of Dying.

Christopher Cudworth is author of the book The Right Kind of Pride: A Chronicle of Character, Caregiving and Community. Available on Amazon.com.