What kind of trainer are you?

Posted on March 28, 2017 by Christopher Cudworth 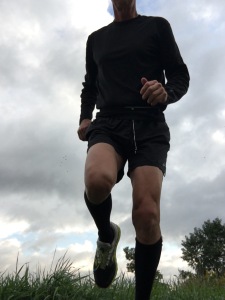 During the course of an athlete’s life, a number of experiences combine to form the mentality and relative rate of discipline one applies to training. Formative experiences include initial exposures to sports such as training in gym class. Gym teachers can have a profound influence on how athletes get started in training.

From gym class one typically migrates to participation in organized sports where coaches play an important role in how athletes learn to train. These experiences impact the style of training as well. That’s what we’re about to discuss here. What style of athlete and trainer are you?

When we speak of ‘style’ relative to training, we are speaking of three things. We can call them the Three Ms, also known as Measures of Training.

Using these three measures of training, we can look at how people approach their training programs. Understanding how you approach training can be critical to your success when interruptions occur, when injury strikes, or when success or failure impact an athlete in positive or negative ways.

Because athletes do not necessarily remain one type of trainer all their lives. Certainly, performance-based athletes such as Gwen Jorgenson, gold medalist in the Olympic triathlon, recognize the importance of the Three Ms in preparation for an event of that magnitude. She changed coaches and won the biggest event of her life. But it was necessitated in part by the fact that bad luck had struck in the previous Olympics. The simple fact of a flat tire on the bike segment stole her chance for gold. Which only proves that for all the training we do, some of this stuff comes down to luck.

But we try to train with clear intent, and eliminate factors that can cause bad luck. So here,

This type of trainer maps out a set schedule and sticks to it. Success is earned through dedication to the program. The Regimentarian likes a coach that writes out detailed programs. This does not necessarily require much guidance after that. Coaching is mostly direction and encouragement if needed. When injury or illness strikes the Regimentarian gets to the doctor without any hesitation, and does PT or other treatments with a similar dedication to training. Regimentarians map out their race schedule well in advance. The dangers of Regimentarian training and racing is that it can become joyless. Spontaneity may be absent. But for those who prefer to just “dig in and follow the plan,” life is perfect with a regimen.

Groupie trainers love the social dynamic and live to get out with other athletes. Some are hard trainers while others simply go along for the swim, the ride or the run. Groupies are the first to arrive and the last to leave group activities. They love training camps for the same reasons, and may go to two or three a season. It can be tough for Groupies on days when weather cancels a group ride, for example. Finding motivation to ride alone can be tough. So Groupies live by their cell phones, and love being members of a triathlon or cycling club, running organization, or Master’s Swim team. Groupies make great training partners but may not be as inclined to push themselves to the max on really hard days. You gotta love a Groupie.

Cause trainers sign up to raise money or awareness of some person, group or organization. As a result, Cause trainers tend to mix well with Groupies. Cause trainers wear the gear of their higher purpose and treat training like a religion more than a sport. Every bike ride or swim or run is done with one thing in mind, finishing the event on which the Cause trainer is focused. Year-to-year, the Cause trainer can get a little dulled by the lack of excitement in doing the same event or raising money for the same cause. Yet some dedicated Cause trainers excel at that, and raise more money each year, go farther or faster, and love the identity and purpose that being a Cause athlete can bring. The only thing that really frustrates Cause athletes is raising money year after year without seeing any breakthroughs in the Cause they support.

We all know one of these, that we can just call ‘Supers’ for short. Supers seem blessed with innate talent and can be found tagging along at group rides or runs with ease. But their lives are so busy and their commitments so large their training is more an afterthought than a commitment. Often they own one of the best bikes available, or show up in some sponsored kit or running outfit that they blandly write off as “something someone gave me,” when it fact it was the factory rep from Nike or Trek, who happen to have one of those lying around and figure that putting it on the back of a truly talented athletes is better than trusting it to some schlub who does ten races a year and never places. Supers always look younger than their true years, with just that brush of gray to let you know they could kick you ass in any age group. They’ll ride twenty miles on a group ride and never break a sweat, then disappear down some side road and show up at the coffee shop four hours later with a nice clean bike tan and $75 sandals, because someone gave them to them. And Supers only train when they like. And you hate them.

Opportunists are like Supers, only their true training lives often exist well into the past. They are capable, in the present term, of much more in terms of performance and quality of training and racing, but might just be a little burned out or are so successful in other phases of their life they don’t need the ego feed from sports. So they take advantage of training opportunities as they arise, and often do quite well. But they won’t always add the extra 20 miles on a cycling ride, or do a four-mile brick instead of just two. Because they’re Opportunists, and that includes the right to do less as well as more whenever they feel like it. Opportunists are not bad training partners because they’ll often show up at the drop of a hat. But they can also be fickle, moody and bit strange when the sun hits them just right. They’ve been known to babble on about past exploits or wonder aloud about the journey’s they’ll someday embark upon if they picked up the sports they love late in life. Opportunists are unpredictable that way. You just have to live with them.

Coaches are deeply invested in the sports they engage and invest quite a bit of themselves in helping others whenever they can. Some are actually paid for their expertise, while others who train as Coaches simply love to share what they know. Some Coaches have real certifications while others depend on deep experience and aren’t afraid to correct the cadence of another cyclist or make suggestions on running form even on a Sunday morning when most people want to be left alone to run a 20-miler with a group. But Coaches can’t always help themselves, and that is both a literal and figurative statement. Quite a few Coach athletes do better at coaching others than coaching themselves. Which is why many Coaches have coaches. And so the cycle continues. The Coach trainer wants to have a plan and wants others to have a plan. That way everyone has a plan. And a plan for that plan. And so on. Coaches like plans.

I once used the word ‘peripatetic’ at the start of a training ride to describe some person we all know as a bit flighty. And one of the lawyers in our cycling group ride insisted I was using the word wrong. But I knew that it meant “traveling from place to place, especially working or based in various places for relatively short periods.” So I spent the entire ride cursing the guy for calling me out in error. But there really are Peripatetic trainers. These are sometimes talented folks who go against the grain of training philosophies. They’ll do half the training supposedly required to excel in Ironman and finish the race just fine, often faster than hundreds of other athletes that have done far more training and dedicated their entire lives to the endeavor. Meanwhile, the Peripatetic athlete does his or her training with interesting bits of quality thrown in at key times. “That’s all it takes,” they shrug their shoulders and say. You gotta admire them. They seem to know the secret to training well.

If you didn’t find yourself among these training types, relax. You’re likely some combination of these or something altogether different. Perhaps you’re a Cage trainer, who prefers indoor workouts over all others, or Throwback trainer, who never met a kettlebell or steel-framed bike they did not love. The point here is to give yourself some consideration. Think about how you like to train and race. And consider why and how you do it. Write down your Three Ms, which is a healthy exercise for anyone.

And then get out there and train.

Christopher Cudworth is a content producer, writer and blogger with more than 25 years’ experience in B2B and B2C marketing, journalism, public relations and social media. Connect with Christopher on Twitter: @genesisfix07 and blogs at werunandride.com, therightkindofpride.com and genesisfix.wordpress.com Online portfolio: http://www.behance.net/christophercudworth
View all posts by Christopher Cudworth →
This entry was posted in training, training for a marathon, TRAINING PEAKS, tri-bikes, triathlete, triathlon, triathlons, Uncategorized and tagged psychology of training, the three ms, triathlete, triathletes, triathlon, types of trainer, types of training. Bookmark the permalink.