Posted on March 16, 2017 by Christopher Cudworth

How are your dreams? Are they intense and in color? Or do they fade so quickly when you rise in the morning that you cannot remember them?

Last night I dreamt that I was out on a trip somewhere with Sue. We wound up on opposite sides of a river when a flood hit. It was a really big flood. The river was brown and swollen. Impassable by swimming or by foot.

Yet I led a crew through a series of obstacles in order to cross the river via a tall but somewhat dilapidated bridge.

First, we had to gain permission to pass over the property of a landowner in a rickety old house. He stood inside the gate yelling at us that we had to go back. “No one can use my grid!” he kept yelling. He was referring to a long metal gridlock bridge that clung to the cement side of the bridge. I could feel my fear of heights kicking in just thinking about crawling along the side of that bridge.

But first I appealed to the man’s sense of decency. “I’ve got all these people with me that need to get across,” I told him. “There’s no other way!” I made some impassioned speech that played on his sense of religiosity after that. He softened and let us go by.

Then one by one the people I was leading climbed along the grid. For some reason, the last step involved pushing a loose screw into place using a small screwdriver bit from a drill. Just before I crossed, I directed a kid to climb up and get over the side of the bridge. Somehow I knew that he was out on parole for something. He looked real rough with a bad haircut and lots of sweat all over his body.

When he got to the spot where he was supposed to reaffix the screw and climb over the top, he dropped the drill bit. I had a dream closeup of this process for some reason. I  watched the drill bit fly out of his hand and down the long drop to the ground. Then the kid himself fell. I watched him, not able to do anything. Then I climbed over the bridge.

We made it to the other side through some other portal we found within the bridge that enabled us to go through the interior despite the fact that the water had risen over the top. We clamored through dripping corridors and emerged inside the neat house of some unidentified resident on the other side.

Creeping through the house, we talked in quiet tones. But once we got outside, our voices raised in jubilation. And at that moment, a strange little woman came out of the house yelling at us for invading her privacy. I think someone in our group had taken something from one of the bedrooms. She was barking about that and at the same time seemed like she was desperately lonely and wanted to meet us. So she donned some crazy costume and began dancing around the streets. We left her there dancing.

I don’t know what that means.

I found a cell phone somewhere in the weeds and was able to call Sue and let her know that I’d made it across and helped some others do that too. And then I woke up.

Who knows what the dream meant this time. I’ve analyzed dreams before through the Internet and with friends.

So I searched on the Internet and found this fascinating piece of analysis that is quite apropos to my station in life at this time.

Psychological Meaning: A river may represent the flow of the life force. In a spiritual sense, it may show your acceptance of divine will and destiny. Instead of struggling against life you ‘go with the flow.’ Crossing a river may symbolise a fundamental change of lifestyle.

Mystical Meaning: Consider your dream in the light of this quotation from Siddhartha by Herman Hesse: ‘But he learned more from the river than Vasudeva could teach him. He learned from it continually. Above all, he learned from it how to listen with a still heart, with a waiting, open soul, without passion, without desire, without judgment, without opinions.’ 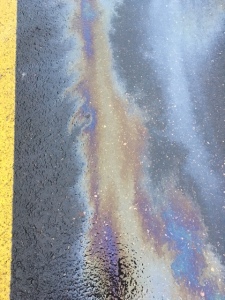 Both of these interpretations are pretty meaningful to me. I literally am changing things in life. New work opportunities. Getting married in May. Helping family members and myself grow through stages of grief and sorrow to joy and new opportunities.

So dreams bridge the gap from happenstance to reality.

I once had a dream in which I ran a marathon and finished in 2:26. The entire run was smooth. That dream was probably 20 years after my competitive peak. So it surprised me to find myself running along effortless at 5:30 pace.That was one sweet dream.

It wasn’t without precedent, however. I raced 25K or 15.5 miles in 1:25, about 5:20 pace if I recall. That was well on my way to a 2:26 marathon. During the race, I chatted with the video crew on the back of a truck. I got third overall in the race after having trained 15 miles on Thursday and 10 miles hard (60:00) on Friday. Because I had not thought that I would race that weekend.

So the race itself was dreamlike that day. There have been others like it in which I ran nearly my best and felt like it could go on forever.

But then the race ends and it is what it is. Another experience that fades into the past like all the others. It becomes, in other words, nothing more than a dream.

And are dreams important? There surely are. They help us imagine, on purpose or by accident, what our minds really want to know about us. They are subconscious journeys even when carried along by the physical body.

“I could only dream of doing an Ironman,” someone might say. But then the dream takes hold. It becomes something a person cannot get out of their head. The entire act of doing the race might feel like a dream, or a nightmare, depending on how it goes.

Then we wake up, feel ourselves out and start dreaming all over again.

Dream on. Because dreams are important.