Holding on and letting go

Posted on September 28, 2016 by Christopher Cudworth

We’re all familiar with athletes who used some wrong done against them as motivation to excel. Michael Jordan was cut from the high school basketball team. That early slight drove him to become the greatest player the world has ever seen. Jordan had a deep relationship with his father, and when his father died, he took a fork in the road to explore his talents in golf and baseball. Ultimately he let those go and returned to play basketball, winning even more championships. 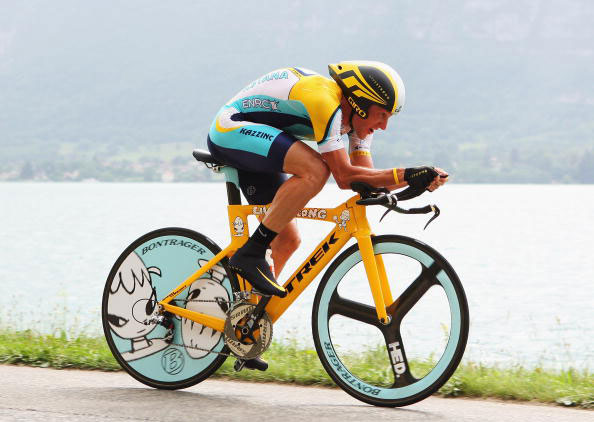 Then there was Lance Armstrong. Raised by a single mom and missing the influence of a father in his life, Armstrong tore through the cycling world with immense talent and drive. But what really seemed to drive him was that sense of neglect and denial. Lance started as a triathlete but the focus of cycling grabbed on because it gave Lance that sense of control. Seven victories in the Tour de France later, he finally was forced to confess that he’d gone too far. He’d held on to that early hurt so tightly that it insulated him from reality.

These two examples seem reliant on the importance of a father figure in life. But that’s not the main point. Plenty of achievers have been raised by single parents or mothers who either divorced or lost their husbands. Plus, there are just as many painfully motivated athletes who excelled because the parent that stayed in their life proved to be a repelling force. 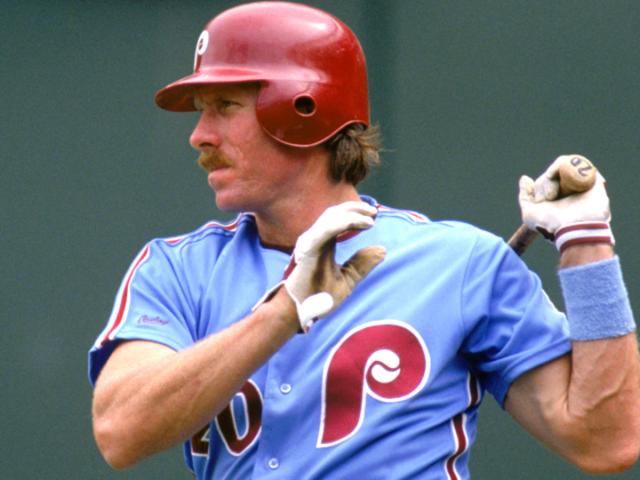 Baseball star Mike Schmidt had a father that drove him relentlessly. Over time, the criticism galled the superstar until he finally asked something on the order of this question: “Hey dad, if I were to win the Golden Glove, the batting average title, most home runs by a player at my position and the league MVP, would you be happy?”

His father grudgingly replied something like, “Yeah, that would be good.”

“Well then, be happy, because I just did it!” (You sorry bastard.)

The point here is that the world throws all sorts of injustices at you. Some should motivate you. The drive to prove yourself in the face of justified or unjustified criticism is a strong motivator. Holding on to that anger can be a good thing if it wakes you up to the reality that you have to do better or face the consequences.

The ultimate insult in some respects is to be called a loser. That means someone has a low opinion of your ability to “get the job done.” In the work world, this perception can be fatal, leading to dismissal or worse, keeping you around to do all the worst tasks.

There is a long-running comic strip called Born Loser. It somewhat preceded the more pointed cynicism of strips like Dilbert, which depict the work world in depressing caricatures of bad bosses, inanely layered corporate-speak and also Wally, the employee that knows too well how to get by without doing any work at all. But Born Loser set the standard for wanting to give up in the face of the world’s problems.

Perhaps you know someone driven by the pain of neglect or previous failures. We all do. As they say, half of life is getting back up when you get knocked down. Mo Farah surely demonstrated that in the Rio Olympics 10K on the track. He was tripped and fell to the track, but got up to take the victory.

So there’s inspiration all around, and reasons to keep on trying. Holding on to some of that hurt and making it work for you can be a good thing.

Yet there’s such a thing as holding on too long. That was the case with Lance Armstrong. He became a bully of sorts, a man who became so powerful in his sport he believed his law was the law of the land. He also competed in the realm of doping and became better at it than any of his competitors.

That created a dichotomy in his life. Ultimately even his most trusted friends felt betrayed, and he betrayed them. He was exposed in the end for doping, stripped of his Tour de France titles and deprived of the sponsorships he’d worked quite hard to achieve.

It was not for lack of trying that Lance Armstrong had it coming. No one denies him that. There is much to admire in the amount of work he put in to become the best bike racer in the world. Perhaps he was in some respects a victim of his era, a period when doping was so prevalent in cycling that no one could achieve without some sort of performance-enhancing drug.

And that’s an indictment of the sport as a whole, and remains so. It’s true with other sports such as track and field, where athletes keep on doping and some keep getting caught.

To Armstrong’s eternal credit, he did do many great things with his fame outside of cycling. The Livestrong organization is a credit to his commitment to help others with cancer. So it is wrong to claim that the man we long admired for cycling has done no good in this world. That’s simply not true. Holding onto his experience in dealing with cancer drove Lance Armstrong to do something for others facing the same disease. That’s the right kind of holding on. The Right Kind of Pride, you might say.

But some don’t have those motivations to fall back on. They are holding on to the belief that their success is deserved because they are too smart or too tricky to get caught.

That’s the real injustice in sport, because that leaves athletes with the courage to compete clean deprived of honors that were hard-earned, but denied them.

So one can see why some athletes get so angry in realizing they’ve been beaten by people willing to cheat to earn Olympic medals or World Championships. Sometimes all three of the podium finishers are ultimately indicted. The medal then goes to the clean athlete who finished fourth. But there’s no real joy in that. It does not feel like you’ve won when you’ve already finished fourth. There’s no podium. No cheers from the crowd. No anthem being played and no tears shed in gratitude.

But what is there to hold onto from that experience? The anger one feels at having been cheated in that experience is like that of Don Quixote tilting at windmills. You can train like mad and still run into another set of doping athletes who beat you.

Still there are runners like Kara Goucher that have come through with a smile on their faces, having turned their pain into collaborative joy in trying to excel in sport. Goucher publicly stated her disgust at how many athletes cheat by doping. For a while, it made her appear shrill and bitter. But that image has been transformed and she is embraced by the running community for her drive as much as her achievements.

But let’s be honest about something else as well. There’s small consolation in seeing athletes like Lance Armstrong confess. Yet that was the point at which he was finally able (or forced) in his life to let go of that childhood anger and come to grips with feelings of neglect that drove him so hard and so far. We watched Lance letting go as he sat there in Oprah’s chair, spilling his guts. Or most of them. Because it’s really hard to come clean about things you’ve done wrong. We’re still not sure if Lance was telling the whole truth, and nothing but the truth. Cycling has moved on. Perhaps no one really wants to know.

We see public figures all the time who appear to be compensating for some earlier hurt in their lives. Some make constructive use of this fear or anger. Some become so self-obsessed they cannot talk about anything but themselves. They are holding onto that part of themselves that is both painful and comforting at the same time. It fuels the fear and anger that got them where they are. They are secretly afraid to let go, so they double down on their prejudices and angry ideology. They make claims to religious insight without any evidence that is has influence in their lives. We all know who they are, yet those with similar dirt in their souls find it inspiring to see that success on ugly display.

The world needs healing. What it seeks instead is someone that promises to hurt others on their behalf. This is the cycle of self destruction.

What I can offer you is encouragement to dig deep and find out where those hurts reside. They vex all of us. Even champions like swimmer Michael Phelps steer off the road once in a while. He got caught doing dope of another kind, which seems rather harmless, except that it ran counter to his squeaky clean image.

It was also a sign that he was struggling with self-identity. So he had to regather himself, but not until he let go of some of the mental pressures he had constructed around his life. Then he went back to his coach, told him that he was ready to train again, and we all saw the results at the Rio Olympics. What a wonderful example of triumph over self.

I know personally what it’s like to be driven by anger and hurt feelings. Running was a tremendous channel for these deep emotions, and I poured myself into it. At some point however, it became obvious that even winning races was not solving the questions I had about life.

Digging in the Dirt

So digging in the dirt is important. You have to know what you’re holding onto in order to let it go or turn it into something health and constructive in your life. What follows are the lyrics (and a link to the video) to an amazing Peter Gabriel song, Digging in the Dirt.

We’ll let these stand on their own as you consider your own life, and how to examine how you feel about it. Perhaps you have no buried instincts or pain from the past. If so, God Bless you. But if the present is in any way vexed by what the past holds, or what the future might bring, then you indeed might want to go digging in the dirt. Perhaps a counselor can help, or a trusted friend. As the lyrics say, “Stay with me I need support…”

DIGGING IN THE DIRT

Something in me, dark and sticky
All the time it’s getting strong
No way of dealing with this feeling
I can’t go on like this too long

Don’t talk back, just drive the car
Shut your mouth, I know what you are
Don’t say nothing, keep your hands on the wheel
Don’t turn around, this is for real