You can’t compete with that

Posted on July 20, 2016 by Christopher Cudworth

We live in a competitive world. Nowhere is that competition more evident than on the Internet. That’s where people compete for attention in all kinds of ways. We compete for Followers. For Likes. For Views. 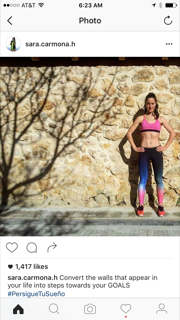 There are some people who possess natural advantages when it comes to competing on the Internet. They are beautiful by nature, blessed with high cheek bones and a reasonably shaped ass. They have nice boobs or a set of magical eyes that they show off in daily images. And people follow them like goslings follow a mother goose. It’s a preternatural tendency, you see. We’re natively attracted to good biology. And you can’t compete with that.

Then there are photos of people who sculpt their biology. We follow them to admire their achievements in personal appearance. Their bodies are quite often strong or shiny. They wear little outfits, both men and women, to better display their prized appearance. And when we regard these people in all their glory, a little voice in the head says, “You can’t compete with that.”

Then along come the performers as well. Their Instagram or Twitter profiles document their amazing physical capacities. They do fast times and win races. They have sponsors and share products on their feed that they want you to buy. Because the more you buy, the more stuff they get to Share. It’s a rolling snowball of commercialism mixed with personal aggrandizement. And you know you can’t compete with that.

It seems like we all aspire to some kind of adoration. It’s wired into our genetics. Even hummingbirds in the tropics know that looking awesome and showing off pays dividends. The more glimmery and flashy you can look, the more potential mates you might attract.

There’s nothing inherently wrong with this really. It’s what we do with it that brings us harm, for it can lead to the risk of perpetual narcissism, which can lead to petty judgement and shallow assessment of self-

worth. Each of these risks is genuine. Because the more you compare yourself to others, the more likely it is that you will be lumped in with all the other people competing for that kind of attention. And that’s where problems start.

So for example, if you want to be known for having a nice ass, and show it off to gain attention, you’re going to have to compete with all the others showing off their nice asses. Suddenly you wind up in a meme with dozens of other nice, nameless and faceless asses. Then the rhetorical assplay begins. Because you wind up compromising when confronted by another kind of ass, and wind up saying: “Well, he (or she) is kind of an ass. But they’re a nice kind of ass.”

The world falls for little schemes like this all the time. And big ones, too. What else explains the Eternal Ass of one Kim Kardashian? And when even her ass was not big enough for the world to admire, she had it photoshopped even bigger. And she “broke the Internet,” as it were, just by showing her big, naked ass. And tits. Those work too.

And so the tendencies we flaunt in ourselves with selfies and other imagined bits of beauty can be manifested on grand scales if we let them. It can be all too easy to admire those who behave like the biggest asses of all. After all, they excel at being asses. How could they not be better somehow than the rest of us? The media makes a ton of money holding up these people as examples of the paramount idea in society. And it is a mass deception.

It holds true that entire nations can be victimized by those willing to be the biggest asses of all. These are the people who tur 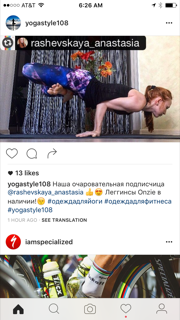 n primping and priming into a trade, and then into positions of power. Hitler comes to mind. Or Stalin. Napolean. King Herod. The list is long. In each case, the scenario wrought by their egos becomes so twisted it is hard to recognize, appreciate or enjoy real values because we don’t know what they look like anymore.

Success is not fleeting

And don’t be fooled: that brand of success in this world is not so fleeting. People who gain power do not give it up easily. And those who lust for attention for power do not always have our best interests in mind.  Studies have shown that many CEOs show psychopathic or sociopathic tendencies. This is a problem, but society is not really equipped to address it. Our competitive system of commerce rewards those who generate profits. We admire the rich even when the Bible tells us that “the love of money is the root of all evil.”

And yet we find so-called Christian leaders lining up to advocate wealth and power-hungry politicians. It is proof that our so-called moral leaders are often the most frail and depraved creatures of all. Too often we find they are guarding vain secrets of a sexual nature. Their shame drives them to public zealousness, and society pays the price for their fears. It can be hard to compete with that when the wealthy make themselves out to be the guardians of God. Jesus warned us wisely that would always be the case. But the meek find it hard to find the strength to speak truth to power.

So we have to be careful to whom we ascribe our admiration. Consider this quote from the Forbes article link above, about one Al Dunlap, the business mogul whom America came to admire for his ability to turn a profit no matter what.

“There was his reputation that he was a man who seemed to enjoy firing people, not to mention the stories from his first marriage — telling his first wife he wanted to know what human flesh tastes like, not going to his parents’ funerals. Then you realize that because of this dysfunctional capitalistic society we live in those things were positives. He was hailed and given high-powered jobs, and the more ruthlessly his administration behaved, the more his share price shot up.”

Our admiration for these types of personalities might start with curiosity, but it quickly evolves into something else. We’re drawn like moths to light by their raw and obsessive behavior. This can be as true with pro athletes as with anyone else. The sordid tale of Lance Armstrong is one such example. While gifted with enormous physical talent and a work ethic to match, even these gifts were not enough to compete with the drug culture that had emerged in professional cycling. So Armstrong doubled down and became the best doper cycling had ever seen. He won the Tour de France seven times and leveraged these amazing feats into great wealth and power. But he had to lie and cheat to do it. He hurt people badly even as he made others filthy rich. It was his way or the highway. Cross Lance and you had to pay. And for a very long time, people in professional cycling could not compete with that.

At times it seems the best thing you can do is check out from society and refuse to compete with the psychopaths. But even if you’re completely off the grid, disconnected from the painful world and all it throws at you, you’re still here. Just ask John the Baptist, who separated himself from the world by retreating to the wilderness. But upon re-entry his brand of wisdom was deemed a threat. His head wound up on a platter, lopped from his shoulder by demand of a pretty girl named Salome, who reputedly had a very nice ass and knew how to dance. And that, my friends, can turn out to be real power in this world.

So you can try to escape, but the competitive nature of the world always tracks you down.

Jackson Browne said it best in his song Boulevard:

So beware. Society shoves the power of self-image at you at every turn. At some point, you will be forced to choose the lesser of two evils. Then it’s time to look at the options and decide who is behaving like the bigger ass. Because those are the people who literally don’t care about you, or anyone else in the world. They are in it for themselves and the power it

confers upon them. It is the tarsnake of existence that we sometimes grow to admire those least deserving of our admiration.

So here’s a warning worth minding. History has shown those are the most dangerous people of all. You can’t compete with them because they will die before they give in or accept the fact that their version of reality needs to change. It’s true in religion and it’s true in politics. What out for the vain and selfish among us. They are the real killers. And you can’t compete with that.

But you can stop it. Stop giving them the attention and power they crave. Stop turning your will over to the shallow promises and hard words of those who refuse to compromise or respect the rights of other human beings. In other words, stop being so vain and complicit yourself. It does not become you, nor does it make you smarter, more honest or a better citizen in this world. In fact, quite the opposite.

Christopher Cudworth is a content producer, writer and blogger with more than 25 years’ experience in B2B and B2C marketing, journalism, public relations and social media. Connect with Christopher on Twitter: @genesisfix07 and blogs at werunandride.com, therightkindofpride.com and genesisfix.wordpress.com Online portfolio: http://www.behance.net/christophercudworth
View all posts by Christopher Cudworth →
This entry was posted in competition, Uncategorized and tagged cycling, religion and politics, running, self-image, triathlon, vanity, you can't compete with that. Bookmark the permalink.

1 Response to You can’t compete with that