Posted on February 25, 2016 by Christopher Cudworth 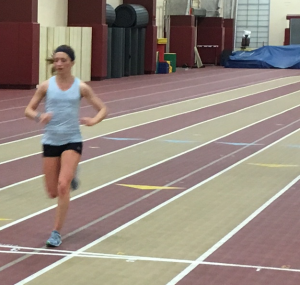 Shhhhh! I met up with a younger woman at the track this morning. So, that’s the secret. Of course, it had nothing to do with having an affair or anything like that. I was interviewing her for an upcoming article.

Fast runners do things with a purpose

First, let’s talk about the workout my interview subject was doing. Her name is Nora. She runs for New Balance at an elite level and competed at North Central College, one of the top Division III running programs in the country. She just finished her first indoor meet a week ago and is pointing toward the road season.

That means the “down” season for most other runners is an “up” season for Nora and her elite kin. One of the secrets of successful high-intensity workouts is to actually do them. That’s where indoor competition comes in. As a prep for the outdoor road racing season, Nora races indoors. She’s in her early 20s, so all this is recently familiar territory, having come off a college schedule of cross country, indoor and outdoor track. Most top athletes take a break in December or so, then build back up with a base in January, begin adding speed late in the month and race indoors through February and early March. Then comes a period of more base miles, and outdoor track work begins.

That is how you get fast. There is simply no substitute for up-on-your-toes, racing fast track work for runners. Nora is running her workouts at mid-5:00 per mile pace. Not just because she can, but because she must. She competes at those speeds.

Triathletes and cyclists have also discovered the value of high-intensity workouts through indoor triathlons and computraining. Runners can get some of that from hard workouts on a treadmill, but there is no substitute for hard running on an indoor track.

So Nora has been joining other runners for high-intensity track work since the start of the year. This is another secret to the value of hard running or any other venture. Putting yourself in positions where you’re pushed beyond what you’d likely do on your own can be important to developing speed. 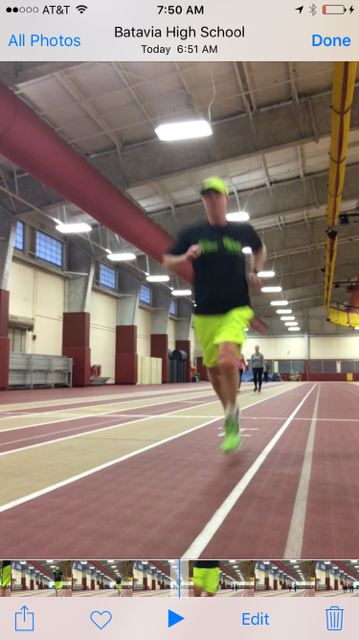 Understand there are limits to what you can expect when you begin the season. It does you no good to jump into a workout at a scale that is clearly beyond your present fitness level. All you’ll do is manage a few intervals and be slogging along after that. Same on the Computrainer. It’s important to get a realistic measure of your state of fitness before you go hammering into a high-intensity session you cannot sustain. Most indoor training facilities will conduct that test, which typically consists of a 20 minute, sustained push to determine where your limits are.

That’s why it was a relief of sorts to get test behind me on the bike, to establish at what point of effort a high-intensity weekly workout should begin.

In running, I know these limits innately. 40 years of running experience helps me identify where I am on the training ledger. That said, my training philosophy has maintained the practice of doing weekly sessions of high-intensity running in all seasons. Winter, spring, summer and fall, I go to the track for hard intervals.

There’s a performance-oriented reason for that. For one thing; high-intensity workouts have been shown to be key for athletes as they age. I always envision it as a “stretching of the heart.” Raising the heart rate beyond typical training range is key to stressing the body in a positive way.

There’s also another form of stretching that goes on. There is no substitute for the longer, harder stride lengths you get from speed. Because how can you possibly expect to race fast if you don’t train fast? It’s illogical.

In my peak years, February races were a measure of fitness and anticipation. The year that I ran all my road PRs, including 19:50 for four miles and a 31:00 10k, I ran an indoor two-mile in February at 9:30. I knew that’s where I needed to be.

That’s why I still train on the track these days, but at around 6:00 per mile pace rather than the sub-5:00 I used to do.

My racing pace is closer to 7:00 for a 10K, but that’s the point. High-intensity workouts are designed to make that pace feel easier. In fact, even if you are an Ironman competitor scheduled to do a marathon, it is clearly possible (and possibly preferable) to prepare for that distance using a combination of high-intensity strength training, running and intelligent base mileage rather than plugging away with multiple super-long runs. Risks of injury are too great. Yes, it’s likely fine to do a 20-miler at some point along the way. But then I believe it’s possible to back off to 10-15 milers in the weeks before the event. This guy claims to have it down to a science.

High-intensity training has enabled me to improve performance in duathlons and now triathlons. Coming off the bike the first few times I tried a duathlon, the sensation of the “brick” was daunting. But actually, it’s just running with tired legs. Nothing more. So I do track workouts that mimic that experience. Hence, the ladder workout I did this morning. Adding speed as you progress through the workout simulates the fatigue you feel coming off the bike. My per-mile pace in duathlons and tris has dropped from 8:30s to the low-7:00s. Bricks are okay, but they don’t actually teach you to race with tired legs as well as high-intensity workouts can.

Here’s your other secret to successful high-intensity workouts. Variety can help. And why? Because high-intensity work requires intense concentration. It can be very easy, if you are not accustomed to doing fast workouts, to slack off when the intervals add up. That is why variety can help you concentrate. When you’re not running the same interval over and over, you have to focus more on what your pace should be for that specific interval. That’s what Nora was doing this morning. A set of 4-6 ladder segments consisting of 200s, 400s and 800s. That will keep you honest.

Personally, I’ve been able to drop my 10k times by 2:00 over the last two years by keeping up the intensity even when my weekly mileage has never topped 25 miles. Last year I ran 42:00 and I honestly am thinking about a 40:00 10k this fall.

Beyond that, I simply don’t care that much to get any better. The amount of effort and time it might take to run 38:00 at my age is not worth it. I’ve already run much faster than that in life, at a time when I was much, much younger. Having fun and having a challenge is enough. The joys of training hard are enough reward for me, and high-intensity workouts make life interesting. They also keep one’s mind sharp to disciplined thinking. That transfers to other pursuits as well.

March is a great time to begin adding track workouts to your mix. As the snow melts away, look for days when the wind isn’t fierce and get out there for a few 800 repeats. And throw in some shorter intervals just to stretch the legs. It’s a great return on investment. 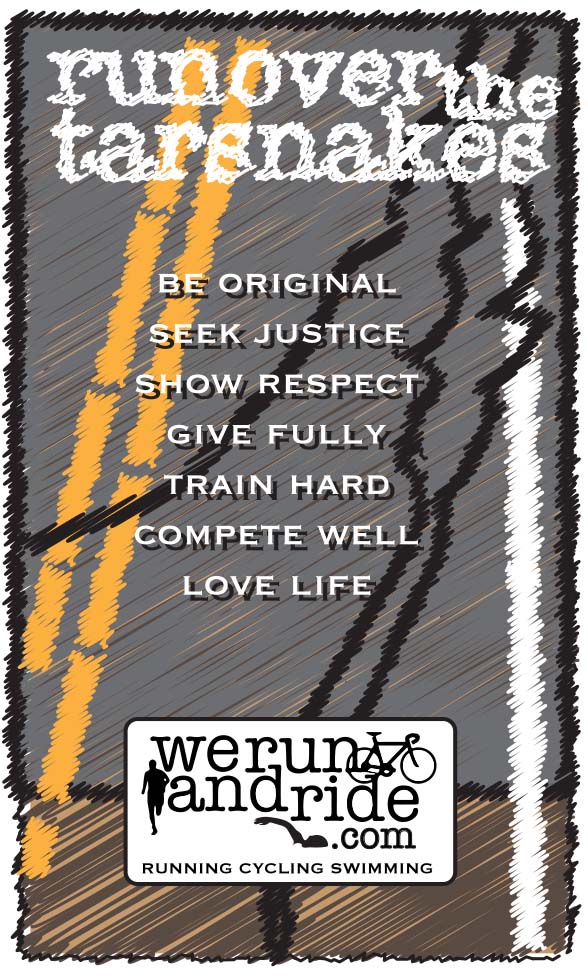