Why I didn’t work out yesterday

Posted on June 11, 2021 by Christopher Cudworth

Yesterday while driving around I recognized that there was no more avoiding reality. The air conditioning in my car needed a fix, as the freon apparently needed to be ‘recharged.’ After a morning of driving around in the heat of a Subaru toasted by the sun and humidity, I stopped between appointments at a Valvoline oil-change place where the “deal” of the week was a $99 recharge.

The young man running the stall told me a leak test was necessary before doing the recharge. “Then if it’s leaking, you can tell us whether you want to do the recharge now or not. It’s $29.99 if we find a leak, but that price goes away if there’s no leak and we do the recharge.”

I don’t know what actuarial types sit around and figure out these consumer price models, but it didn’t raise my trust level at the station. Still, something had to be done to fix the lack of cool air coming through those vents, because it was so hot inside my vehicle it was hard to concentrate on driving. My temper was flaring at small traffic issues. I wasn’t in a good state of mind.

I sat down in the customer lounge where the door was wide open and there was no air conditioning or breeze inside. “Great,” I muttered while pulling out my camera battery charger to plug it in and make sure that the battery was fully set up for the afternoon photo shoot. I sat there checking emails until the attendant came by and told me, “Good news. No leaks.”

The freon recharge took a while. So I walked next door to a restaurant called Old Republic to buy lunch. The logo has a big old bear on it, which made me wonder if the owners were Russian or such. Apparently the Old Republic name is more about American fair, but then why the bear?

The joint has an outdoor patio with a newly-built music stage created out of railroad shipment containers. However, the music outside was so loud, and I’d spent so much time sweating in the car yesterday with the radio on loud for sanity, that I decided the cool interior of the quieter bar area sounded like a much better choice. I sat down with a menu and ordered a Sloppy Joe along with a Jack and Coke to calm my overheated brain.

The food looked good but the lunchtime prices all started at $15 and all I wanted was something light. I ordered the Sloppy Joe with fries at $10.99 and then the bill came. The drink was $9.50 for about seven ounces of liquid displaced by three large ice cubes. I wrote on the bill: “That drink is awful expensive for what you get. Sorry.” I still tipped the wait staff $2.00.

That drink didn’t do anything to fix my grumpy mood. It only got worse as I walked over to the Valvoline place wondering whether the recharge was done or not. “Almost done,” the attendant told me. I sat down in the hot customer ‘lounge’ again and checked my phone for messages.

Finally the Little Dude taking care of my car came over to talk to me. “The recharge is done but only half your air-conditioning works,” he told me. “It’s only cool on the passenger side. There’s a valve in there that controls the heat and A/C and it must be broken.”

I didn’ t have the time or patience to question his expertise. I needed to be at a family photo shoot across the City of Elgin in 15 minutes. I paid the bill and jumped on Route 20 to reach Route 25 east of the Fox River.

Only when I got there, I realized that the address I was seeking was actually still on the west side. That meant either turning around and going back on 20, which is a hassle, or just cutting through town on routes I used to drive when that city was part of my work territory.

I cut through neighborhoods, crossed the bridge back over the river by the casino and turned on the GIS directions I’d forgotten to use on my phone. It was still so damn hot in the car it was hard to think.

As I approached the client’s address, it dawned on me that I’d left the battery charger and my camera battery back at Valvoline. I stopped to tell the client about the problem and she said, “No worries. The kids aren’t even here yet.”

Back in the car I tried all sorts of combinations opening rear and front windows to circulate the thin breath of cool air so that it would cool down my car. It wasn’t working. The heat of the day came blasting in from every angle. I got angrier as the trip back to Valvoline was irritatingly slow. I hate retracing any kind of steps in this world. That goes for running and riding too. I much prefer loop courses over out and back routes unless I’m in a strange city, where that kind of course is a brand of self-preservation.

The attendant handed me the charger and I got back in the car and followed the Google Directions this time that took me right back where I’d just driven.

The photo shoot fortunately went great. The kids were wonderful and their shady back yard gave plenty of opportunity to take good pictures.

When finished, I gathered my photo bag with the camera and lenses to leave and headed out to the car. The client called out, “Wait, you forgot your tripod!” I chuckled and said, “Yeah, I can’t think today. It’s too hot.”

I headed west back to Randall Road with the idea of cashing the check I’d just been given before it blew out the window or something crazy like that. Those things tend to happen when the day is already scattered. I arrived at the bank and felt for my wallet in my back pocket. It wasn’t there. Then I recalled that I’d pulled my phone out of that pocket back at the client. The wallet must have fallen out.

While looking around in the car for the wallet, I noticed that my computer bag was also missing. That made me recall that I’d taken my Mac inside the house to check the quality of the photos and then left it behind. My regular mental checklist of habits are so ingrained that the act of having the photo gear bag over my shoulder made me think I’d gotten everything. 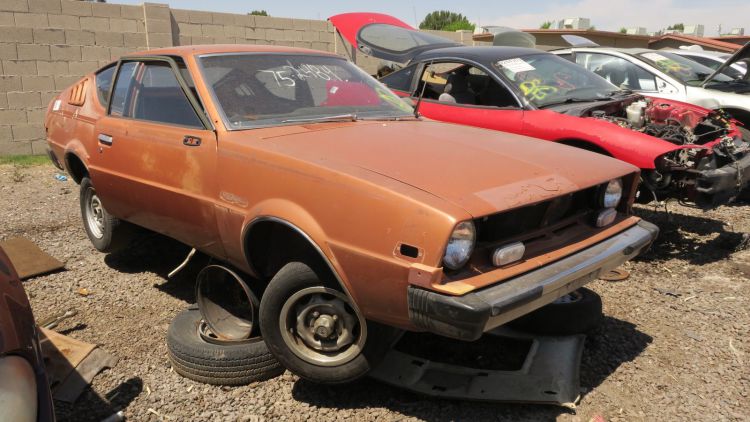 Much as we try to keep them forever,

all vehicles wind up the same way.

this at one time.

That meant another long, hot drive across town to the client. Along the way, I reminded myself to be grateful for the job that day and not get so fussy about traffic. Just calm down. No sense in hurrying. After I’d reached the house, gathered up my Mac, said thank you again to the kids for being such great subjects, and got my wallet from the man of the house, I walked back to the car. The grandfather that handed it to me was out talking on the phone in his air-conditioned truck. The irony.

Back on Randall Road I yelled at people balking at traffic lights and swerved when one joker slid over into my lane without looking. Again, I was trying to be patient, but the world around me was having none of that.

I picked up our pup at the dog care center, paid the fee and led her out into the car. It was still hot outside and she typically likes to stick her nose out into the breeze. I rolled the rear window down and turned up the half-functional A/C all the way up. Perhaps I could make it home in peace, and in one piece.

At the traffic light I sat as the first car in line at the left turn lane. No one was behind me but the light is notoriously short. When the green arrow came I hit the gas and spun left. That’s when I heard a thumping noise and glanced back to see that our dog Lucy had stumbled completely out the back window.

I hit the brakes, looked at the jangling leash out and leapt out of the car to find her. She’d landed on her feet and ran around behind the car as if this was nothing out of the ordinary. After all, she jumps in and out of the car from the back seat all the time when I open the rear door. This time, she launched out either on her own accord or because the centrifugal force of the turn threw her out.

Two women in the vehicles parked now on the road pointed me toward her and I scooped her fifty-pound body into my arms and loaded her back into the car.

“Oh, my God,” I blurted. Then I gestured “Thank you” to the women and pulled away while looking in the rearview mirror to see if anyone else was coming. Fortunately it all happened so fast the cars back at the stoplight were still parked waiting for the green signal.

At home I shared the incident with my wife who said, “Yes, we probably need to not open the windows.” We’ve had our pup for two years and nothing like this had ever come close to happening. But one close call is all I need to change how things work to protect our dog.

I went upstairs and gave a thought to whether I should go out and run or ride off the stress of the day. But no, I was mentally exhausted and sweaty and wanted only to flop on the bed and absorb some cool air in the house.

We had glasses of white wine with dinner. The chicken I grilled came out great and we sat out back facing the summer sky as the towering clouds calmed my mind. I’m so grateful Lucy was okay. Nothing else about the confusion and heat of the day mattered any more.

And that’s why I didn’t work out yesterday.

Christopher Cudworth is a content producer, writer and blogger with more than 25 years’ experience in B2B and B2C marketing, journalism, public relations and social media. Connect with Christopher on Twitter: @genesisfix07 and blogs at werunandride.com, therightkindofpride.com and genesisfix.wordpress.com Online portfolio: http://www.behance.net/christophercudworth
View all posts by Christopher Cudworth →
This entry was posted in anxiety, Christopher Cudworth, mental health and tagged car troubles, doggy day car, freon charge, mental health, photography, Subaru, valvoline, why I did not work out, workouts. Bookmark the permalink.