Thought bubbles from the pool edge

Posted on September 18, 2018 by Christopher Cudworth 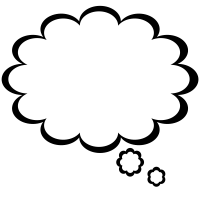 I think I’ve found the perfect window for getting a lane at the Vaughn Center pool. It pays to get there after the Early Morning Diehards leave and just before the Slow Paddlers arrive.

That means arriving at 6:15, which is the time when lanes are open and I can swim in my favorite depth of water: five feet.

That way I can stand there and put fins on without climbing out of the water. It also works well for a quick change of hand paddles or grabbing the pool buoy.

The only thing bad about developing habits like that is getting so accustomed to certain routines and conditions that when you’re forced to swim in a different lane the changes throw you off.

I’ve seen people who get all upset and agitated about things like that. You can tell when they arrive at the pool to find their favorite lane filled. They pace around the pool deck like aardvarks at an ant hole on a rainy day. Creatures of habit don’t like change.

So…the trick in all of life is to not get too fixed in your ways. Otherwise when old age creeps up the love of habit produces a cranky old lady or a bastardly old man.

The water felt cooler than usual today at the Vaughn. I noticed on the way back to the locker room that the pool temperature is listed at 80 degrees. Not too hot, or too cold.

Perhaps it was off a degree or two on the cool side this morning. But cool pool water is far better than too warm. Swimming laps in a too-warm pool gets uncomfortable in a hurry. I never thought I’d believe that given how much I used to hate getting into cool pool water. But now I’d rather deal with a bit of a shiver at the start than overheating like a frog on a frying pan as the body warms up.

The young man working the lifeguard chair this morning looked so bored.

I sincerely thought he was going to die.

He was half slumped over and looking like he dreaded being there watching mostly older people splash back and forth in their swim routines.

I get it dude, the work isn’t exciting.

But I popped up below his feet and told him, “Hey, we appreciate what you’re doing. Having lifeguards is important.”

He managed a nudge of a smile, if you could call it that. Later he was working at the checkout desk while I was leaving the pool and I told him, “Have a nice day.”

He looked up from under his hat and muttered, “What?” I said, “Hope you have a nice day.”

“Oh, yeah,” he replied. Don’t try too hard kid. You might hurt yourself. 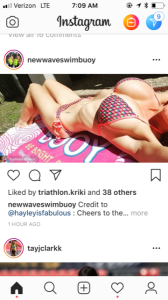 And listen, the lifeguard life isn’t all that bad. Occasionally, and depending on your sexual orientation, you’ll get to glimpse some bodies worth going to work about. They might even be built like this model posing for New Wave Swim Buoys on Instagram. Sex still sells even when it’s redundant.

As I was swimming this morning, the smell of bleach kept entering my nose. That scent is just a touch off the chlorine used to keep the water clean and swimmable. But it is also a bit more harsh, and it gave me the creeps to smell it just over the water.

It took a couple laps before I realized that it was the guy mopping the pool deck who was using bleach. The odor had spread across the pool water. Every breath that I took offered a touch of that acrid smell. Funny how we can swim in some chemicals while others would kill us.

Speed and pace and age

Pace is a funny thing too.

I guess that gives me hope that I can still get faster at this swimming thing because I have so little history at it.

With running, I burned a lot of mojo back in my heavy-duty training days. There’s no way that I’ll ever set a PR of any consequence in running. I can’t even run a 75 second quarter mile these days, much less four of them in a row, or finish a 10K at 5:00 pace. I did that once upon a time. Almost forty years ago.

But swimming? I can legitimately still improve at that. So I’m like one of those beginning runners I used to meet at races who were trying to break 30:00 for a 5K the first time. All full of expectation and wonder, while real swimmers roll that eyes behind me.

People swimming that fast at my age (and older) are like cyclists who’ve kept their fitness up all the way through their 40s and 50s. Muscle memory and endurance carry over from consistency and concerted maintenance. Typically, that’s what enables “aging” athletes to achieve much faster times than one might imagine possible. But even Lance Armstrong recently admitted that he could not ride and finish the Tour de France these days. Age has caught up with him.

So I can still improve at swimming, but there are likely limits to how low that progress can go. That would have had to start forty years ago.

Or maybe not. I’ve also met plenty of burned out swimmers and beat up runners who never want to get in the pool or run another step in their lives. It’s all relative.

A lot of things can happen 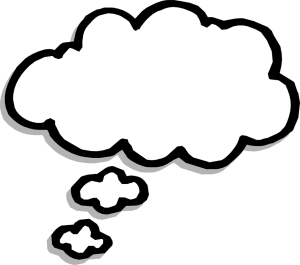 While changing out of my swim suit in the locker room, an elderly man that I see at the Vaughn quite often was just arriving to work out. Many days I’ll see him sitting with a friend who works the front desk for the track. They sit and talk for hours, it seems. The Vaughn is this guy’s social life. Nothing wrong with that.

I asked him how it’s going. He replied, “So far, so good. But the day’s young and a lot of things can happen.”

Okay, you can make that as profound a statement as you’d like. But he’s right.

Yesterday I met an artist friend who found out just six weeks ago that he has a blood cancer. He is now in treatment and needs a bone marrow transplant treatment that will be flown down from Canada where his “match” donated the T Cells he needs to survive.

He was growing tired and visited the doctor and now his life has changed entirely. We talked about the importance of good medical care and also about faith. I stopped short of saying a prayer with him but the 30-minute talk we had served as a prayer of sorts.

That’s how it is in life. Every day is like a pool workout in which you immerse yourself in the day’s activities and haul yourself out when it’s over. So much goes on beneath the surface just to keep yourself afloat and going in the right direction. Some of that we confess to others. Much of it we keep to ourselves.

When each day is done the things that happen to us rise up to our brains and then float away like thought bubbles. Then we fall into sleep where the echoes of the air we breath come floating up in dreams. This world we live in seems so much like a mirage at times, or a pool where the bubbles we make are the lone and lingering trace of our existence.

Christopher Cudworth is a content producer, writer and blogger with more than 25 years’ experience in B2B and B2C marketing, journalism, public relations and social media. Connect with Christopher on Twitter: @genesisfix07 and blogs at werunandride.com, therightkindofpride.com and genesisfix.wordpress.com Online portfolio: http://www.behance.net/christophercudworth
View all posts by Christopher Cudworth →
This entry was posted in swimming and tagged creature of habit, creatures of habit, philosophy, pool edge, swim routine, swimming, thought bubbles. Bookmark the permalink.