Drugs from days gone by

Posted on September 17, 2018 by Christopher Cudworth

A set of familiar orange bottles with Walgreens labels on them have rattled around my bathroom cabinets for several years now. The Hydrocodone / Acetaminophen bottle from October 25, 2013 was filled with painkillers prescribed after surgery on my clavicle after the bike wobble accident in September 2013.

The Cephalexin antibiotic 500 mg capsules might have been from treatment of a finger infection caused by a sliver in the middle digit of my left hand. But I might also have taken that medicine for a bout of cellulitis caused by a cat bite. That led to loss of my good gut bacteria and even more antibiotics to kill off the c-diff that vexed my innards for months on end.

Another bottle of Hydrocodone was prescribed after my meniscus surgery this past April, 2018. I never took any of those pills because I wasn’t in much pain and actually got up the day after surgery and walked two miles to begin rehab.

These were the drugs from days gone by. Painkillers. Antibiotics.

But now, into the medical disposal unit at our City Hall they went. It’s important to dispose of these substances correctly. We don’t want them showing up in our water supply or falling into the hands of those who might abuse the opioids.

In case you had not heard, there is a genuine opioid crisis going on.

Duel in the Sun

If you’ve never read the book Duel in the Sun about the lives of marathoners Alberto Salazar and Dick Beardsley, at least half of the book deals with the addiction Beardsley developed while taking painkillers to deal with the effects of a brutal farm accident. The runner’s life got turned inside out due to his addiction to those narcotics. He essentially constructed an entirely parallel life, forging prescriptions with pharmacies across an an entire region of Minnesota in order to gain access to more opioids. His dependence on those drugs had turned into a full-blown addiction.

These are powerful substances. I’ve also been prescribed Vicodin during my ACL repair surgery and recovery. But I didn’t take all of them either. I wound up putting those in a drug disposal bin at some pharmacy as well.

Drugs are great things when used at their appointed times, and for appointed purposes. I appreciate the pain-killing effects of Ibuprofen, for example. There are no noticeable side effects if taken judiciously. The same even goes for the Citalopram I take as a management tool for anxiety and depression in maintaining good mental health.

The personality of drugs

During high-stress periods as a caregiver for both my late wife and father (one with ovarian cancer and the other a stroke victim) I was prescribed a drug called Lorazepam to help me cope with anxiety. Rather than a maintenance or stabilizing drug, Lorazepam’s purpose was immediate relief from stress. It really helped me sleep and deal with the pressures of medical and personal supervision.

But a doctor’s experiment with placing me on Zoloft, did not work out so well. It produced in me a state of very high agitation and feelings of loss of control. That treatment ended in just four days.

Eventually the need for Lorazepam receded. I’d been refilling the bottles with a pharmacy for several months. Then during a doctor’s visit he asked, “You’re still taking this?”

Turns out Lorazepam isn’t really a drug recommended for long-term use. So I started physically cutting down the pill sizes by lopping them in half, then into quarters. Over two-week period the pill size got down to a fleck of the drug, and then none at all. And I was fine.

But I know other people who took Lorazepam that could not kick the habit. It’s a simple fact that drugs affect people differently. My Zoloft experienced proved that to me. And that’s what makes drug prescription on the front end and possible addiction on the back end so difficult to treat.

It can be difficult to separate the physical effects of the drugs from the complex variety of components at work in each individual. drugs both reflect and adapt to the personality of an individual. That’s not a clinical assessment by any means. I’m no psychiatrist and will never pretend to be. It’s just common sense when you introduce a substance designed to impact levels of neurological substances that occur naturally in your brain and body are going to react differently for some people than for others. 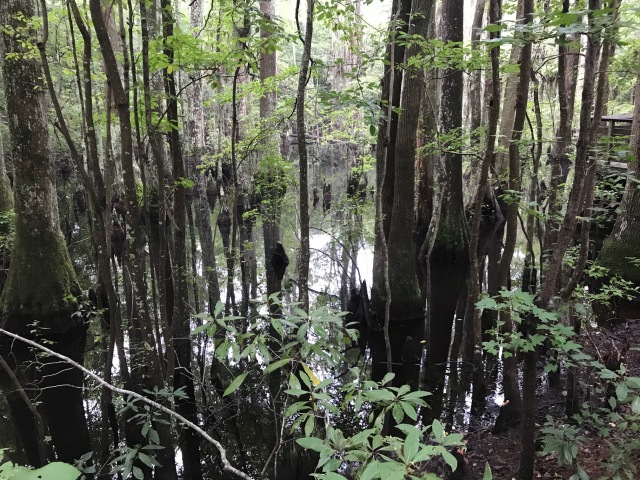 To draw an allegory of sorts: Drugs become their own environment at some point. And like all aspects of evolution, the interaction between the drug and the user creates a form of natural selection from within. That’s why some treatments involve attempts to effectively replace, contain or erase chemicals that work on the internal environments of the brain and body.

Depending on which direction this ‘evolution’ takes, it can have dramatic effects on the internal ecosystem of an individual. In the process, it can also produce a “survival of the fittest” scenario in which the personality of that individual either survives, is changed, or is replaced almost entirely by the influence of the drugs involved. As you can imagine, that is a “for better or worse” scenario depending on the degree of impact a specific drug (or drugs) has on that individual.

For some it’s a lapping at the feet. For others, it’s a tsunami.

Running out of mind space

I witnessed a top runner on our college team succumb to the effects of pot. That’s “not supposed to happen” according to some advocates for the drug. I personally believe it should be legalized, but I also recognize its potential impacts on some individuals.

The pot use by one of our teammates just seemed to remove any motivation to succeed. Pot seemed to occupy the entire personality of this individual, and that was that. It all took place followed a freshman year cross country season in which that runner nearly became an All-American, a relatively rare achievement. But after that, the pot took over his mind space.

Another teammate ultimately did lose his life to alcoholism. The early symptoms of hard consumption were already there in college. We found it funny and joked about it at the time. But actually, it really wasn’t funny at all.

Drugs really can take over the time and space of your life. Those who go into treatment learn how strong the discipline must be to break the cycles of dependency. That’s why endurance sports can be an effective road to recovery. Replacing the quick-fix reactions provided by drugs with a slow-fix treatment through exercise may not be the cure-all, but it holds potential to bring balance back to the internal ecosystem and gain a foothold again in the evolution of personality.

The same holds true for treatment of mental health challenges. It’s all about evolving a way to cope with the drives and desires can vex us if we don’t understand the triggers well enough to put them back in place. My own episodes with alcohol abuse were mostly that: drinking too much and too fast. It all had to do with insecurity and anxiety at times. But it nearly killed me once, and I’m lucky alcohol poisoning didn’t take me down that night of a cross country party in which I drank to such excess my liver hurt the next day and I could not move for hours.

Parents who worry about kids going off to college and falling into drinking have legitimate concerns. Between peer pressure and the odd circumstance where a person gets rolling and doesn’t know when to stop, those are high-risk moments in our lives. At all stages of our existence it pays to think about the interior landscape of our minds as an environment unto itself. We must tend our respective gardens, as Voltaire once stated in the book Candidate. Otherwise we may not survive and thrive.

Drugs from days gone by remind us that it is possible and important to weed and be mindful of what grows within us, and why.  Then we can get on with the opportunity to fill our lives with the type of purpose we choose.