The swim champion in lane two

Posted on August 8, 2018 by Christopher Cudworth 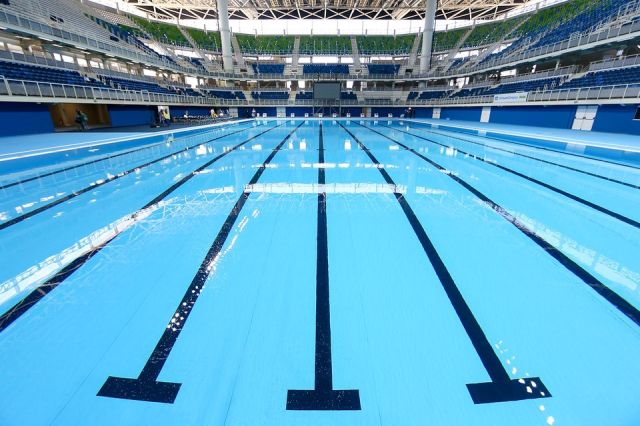 I swam next to a state champion in the pool this morning. She’s just graduated from high school and will be going to the University of Cincinnati this fall.

One of the coaches in the Master’s swim program described her this way: “For a small girl, she pumps out a lot of power.” I can vouch for that.

It was fascinating watching her swim butterfly, the event at which she’d placed first and third in successive years at the Illinois State Championships. Her shoulders surged and her arms came round with strong precision.

Yet there’s always room for improvement. “You were a little long on the walls,” the coach said after one of her intervals, “but otherwise looking good.”

At the start of the session I was standing on the deck as the state champion pushed away from the wall to start her workout with a long underwater dolphin kick. “That takes a lot of core strength,” my wife noted later. She’d been watching our state champion from two lanes over.

What impressed me most, however, was the young woman’s ability to propel herself with just her kick. Using the foam kickboard, she tooled along nearly as fast as I could swim in full freestyle mode. “Geez,” I thought. “It’s like she’s got an inboard motor.”

All the parts of a swim stroke matter of course. The catch. The pull. The rotation. The kick. Some people never truly complete the picture. They pull strong but don’t kick. They raise their elbows but don’t rotate. They bob their heads on every breath or drop their hips and legs in the water. Or all of the above. Swimming can be hard to learn.

Real swimmers work on far more subtle improvements. After the workout was over, our coach was talking butterfly form with my wife and demonstrated how not to hunch the shoulders during butterfly. “I still have problems with that,” he admitted.

“That’s because the butterfly was invented by Satan,” I joked. He rolled his eyes and turned away. “Nawww,” he groaned.

I’ve gotten faster this year, and can actually now sense the reasons why. My swimstroke has come a long way since the days of that straight-armed windmill technique where I’d wind up cashed and gasping at the end of 25 meters. Blessedly, those days are long gone.

It was also important to me that I didn’t get upset being passed repeatedly by the state champion swimming one lane over. That’s because I’m no longer so frustrated and embarrassed by my own lack of progress. Ego is often the worst enemy to ultimate improvement. The more you worry about people going faster than you, the slower you will likely go on your own. Relaxation is critical to efficiency and speed.

At the end of the swim session when everyone was gathered near the edge of the pool, I told our young state champion, “I appreciate your talent. It’s been an inspiration.”

It’s almost as if we live in different worlds. She’s eighteen years old. I’m sixty-one. She’ll be a Cincinnati Bearcat in a couple weeks and I’ll still be an aging Master’s swimmer and triathlete.

Christopher Cudworth is a content producer, writer and blogger with more than 25 years’ experience in B2B and B2C marketing, journalism, public relations and social media. Connect with Christopher on Twitter: @genesisfix07 and blogs at werunandride.com, therightkindofpride.com and genesisfix.wordpress.com Online portfolio: http://www.behance.net/christophercudworth
View all posts by Christopher Cudworth →
This entry was posted in swimming and tagged masters swimming, state champion swimmer, swim technique, swimming, university of Cincinnati. Bookmark the permalink.