Posted on July 30, 2018 by Christopher Cudworth

On the water? On Wisconsin.

There are places in this world we can claim for ourselves despite the fact that we are not legally a resident. For me, one of those is Wisconsin. I know that people who live there refer to Illinoisians as Flatlanders. The implied insult is that we’re somehow invaders in the state to the north.

On some levels, that is true. Thousands if not millions of Illinois residents stream north on weekends. The thoroughfare of I-90 headed to Madison can turn into a traffic jam on a Friday afternoon. The same holds true in coming south on a Sunday evening.

Illinoisians buy property all over the state, then tow their boats behind big pickup trucks and SUVS. They pull up and dump their boats into the lakes, grab a case of beer and take over the place most weekends. Some come to fish. Others come to water ski or jetski. Those Flatlanders flow into the bars wearing Cubs and White Sox hats.

Most mind their manners, but many don’t. I particularly recall one Illinois asshole holding court over slow service at a roadside spaghetti hut east of Eagle River. What a jerk. Everyone in the joint wanted to grab that pompous blowhard and throw him out on the street.

I can’t disclaim any of the bad stories about Illinoisians. But I’ve also spent more than forty+ years traveling into and through the state of Wisconsin. Camped and birded. Cycled and run. I’ve even fallen bent, broken and bled in a roadside ditch on a warm September day in 2013. Very easily could have died that morning. Bike wobble you know.

I once stopped with my Specialized Rockhopper on a mountain bike trail in Governor Dodge State Park. It was late July and the song of indigo buntings tumbled down through the trees. Crickets were singing and the air was still. I stood there thinking about all the ways I’d connected with that landscapes over the years. A few hills over and a few years before, I’d fallen in love at first sight under an August moon.

How the years had passed. Thus it came to me that the buntings would continue singing and the crickets would keep chirping long after I’d departed this earth. At that moment, it did not matter where I actually called home. I was at home in those woods.

A giant fish in the sky over Green Lake, Wisconsin.

On winter days in that same park I’ve seen rabbit tracks crossing two thin paths where cross country ski trails cut through the snow. Down the road we’d lodged at the terminally kitschy hotel known as the Don Q Inn. There are “Fantasy Theme Rooms” that supposedly increase the atmosphere of romance. There is a Cave Room and a Viking Room, a Japanese Room and who knows what else.  The place has been in business for decades, so it is apparent that someone enjoys the schtick.

So Wisconsin wants to accuse Illinois people of having no taste? Just stop.

That is Wisconsin in a nutshell. Because twenty miles up the road sits the House On the Rock, a major tourist attraction in the western part of the state and one of the most pathetic examples of bad Americana imaginable. Built by a skeezy architect with zero integrity and even less capacity for acquisitive restraint, the property encapsulates the confused nature of the American Dream.

Right up the road stands the Frank Lloyd Wright estate known as Taliesin. And while Wright was a massive egotist, he humbled his architecture to reflect and harmonize the landscape. By contrast, House On the Rock lies like a jagged set of dick and balls stuck on a chunk of granite, or whatever. 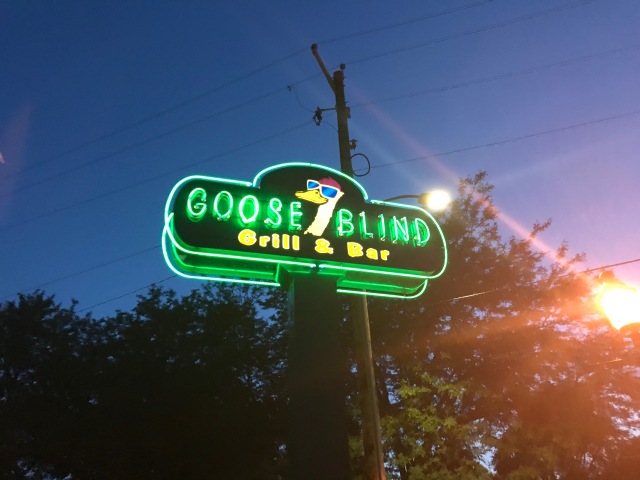 A play on words I guess.

So the people of Wisconsin can malign Illinoisians any way they choose, for lack of taste or discretion, and all one has to say to defeat the criticism is “House On the Rock.” And if the Badger Blockers still don’t get it, that only proves the point.

The American South with all its Confederate pride and rage is demonstration that Proof of Residence is no guarantee of exceptional insight. The same goes for the turds so jealous and perturbed by cyclists riding two abreast on far country lanes they feel the need to hassle and holler at the supposed invaders to get the hell off the roads. “We pay taxes!” the voices come chortling out of the pickup trucks and low-slung muscle cars.

But who truly owns any road? Is it those whose tires wear out the asphalt faster or the souls who brave a half-mile hill with the sun on their backs and the cheering of crickets in their ears. Granted, the Wisconsin farmer that works the land and has cows roaming the hills is a stakeholder in something special.

None of us that visit those regions pretends that is not true. Many’s the time we’ve pedaled slowly behind a tractor hauling hay from field to barn and not complained a bit. That is the price of admission, for sure. Our bike ride is a privilege that we regard with respect. And should be block a few cars because riders stack up and spread across the road on a hot day, well, please forgive the transgression. What indeed is the true hurry in this world that one car cannot abide a 30-second delay for people sweating under a summer sun?

But somehow the sense of ownership in some people translates as tribalism. I’ve seen it many times over the years. The roaring engines of a truck behind a cyclist or the sputtering motor of an ignorant motorboater chasing loons around the lake until they can hardly submerge for exhaustion. It’s the torment of the disenfranchised soul that makes people want to badger others for the sake of self-aggrandizement.

But the water in those Wisconsin lakes falls from the sky or musters up from the earth. The bergamot and chicory that blooms on roadsides in August shows red or purple or blue despite the politics of a particular place. The kingbirds chattering on Wisconsin fence lines care not about taxes or collective bargaining or the desperate acts of the DNR to keep the deer population both under control yet plentiful enough that hunters don’t resort to shooting each other during the fall.

I’ve run in the woods and fields. Skinny dipped in the lakes and ridden so many miles my head spun from the climbs and descents. But most of all I’ve spent enough years on Wisconsin soil to claim it as a place I also call home. No one can take that away.