Posted on September 6, 2017 by Christopher Cudworth 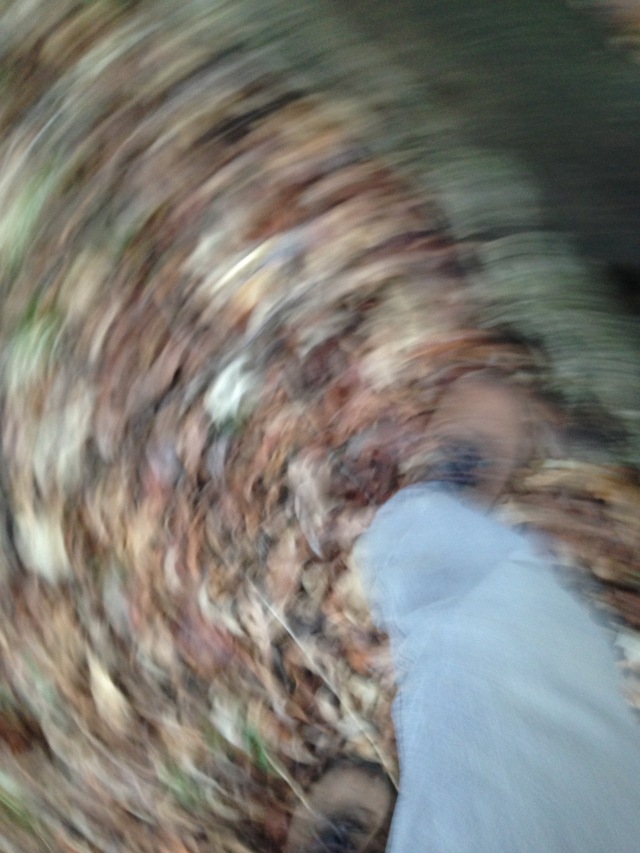 Ten years ago in the throes of caring simultaneously for a wife with cancer and a father who was a stroke victim, the emotional toil became too great. I met with my doctor who prescribed an anti-anxiety and anti-depressant medication called Zoloft.

I started taking the meds on a Tuesday. The doctor said that it might take a couple days for the effects to kick in. By Wednesday I felt jittery and anxious. But he said that might happen. By Thursday my thoughts raced quite a bit. On Friday I could barely work.

By Saturday afternoon, I was writhing and kicking on the bed and nothing could calm me down. We placed a call to the doctor’s office but it was the answering service.

“Is this an emergency?” they asked.

I said yes. But unfortunately, no one called back all that evening. So I quit taking the medicine that next day but Saturday night was a spiral into near madness.

Come Monday, the doctor called back. “Hmmm, maybe I should have told you to stop taking it if things got that bad.”

Doctors aren’t perfect. Some should not even be prescribing medications of that order. I’ve since talked with psychiatrists and other licensed to dispense such meds and they all agree: the minute things go weird the medications should stop.

We’re all trained to follow doctor’s orders. And my long experience in athletics also taught me to be disciplined and try to see things through before quitting anything. A race. A job. A workout. A relationship. Tough it out until the outcomes are obvious.

But when my mind was disappearing one twitch at a time, I started to really feel for those with full-on mental health issues. Over the years, my own propensities for anxiety vexed me until I got a grasp of how the mind operates. The triggers. The sensations. The dread that dogs the anxious. The sinking emotions of the depressed.

Over time I learned to work with my own mind. Learned not to let anxiety run ahead like a rookie messing things up before I can get there myself.  I learned the fine art of anticipating and addressing the unclear lines of depression, and how to sort out the near term events from any chronic symptoms.

I can’t say that I’m “proud” of this work so much as I’m grateful to be working from a better place, with more emotional stability. I was never out of control in any deep respect. But it is true that the symptoms of depression or anxiety can make you do things that are not in your best interests. No doubt about that.

For me, I actually also recognized in my very late 20s that there was an emotional dependence on running that was not in every way healthy. While running has long helped me wick off stress and get control of emotions, there was also a broader cycle of approval seeking and defining my personality through athletics that needed to be addressed. Plus running simply fed the brain cramps that desire stimulation.

Now studies show that using cellphones gives the brain a similar melatonin kick that can become addictive. There are behavioral traits that come with these addictions. Some actually drive the addiction while others reflect it. This is very similar to the effects of endurance sports on the human mind. Cause and effect. Effect and cause.

These patterns are simply a much subtler way of “going nuts” but they are just as real. Our emotional health depends on understanding how our own brains function. All of us are susceptible to negative sources of stimulation. Emotional waves can function like storms that cross our minds, wreaking havoc and leaving devastation in their wake. That’s why big storms like Harvey and Irma make us feel all feel a little nuts inside. Storms are symbols for our own internal tempests.

We try to distract ourselves from these waves of real emotions and issues. For some the release might be attention-grabbing outlets such as television. For others, it might be pornography or gaming. Even religion and politics can replace healthy thought patterns with outright delusional belief systems. And let’s not forget there are people out there who still believe that the earth is flat, and that trickle-down economics actually works. There are a million ways to ‘go nuts’ in this world.

Which is why, to this day, I feel like the beneficiary of some considerable insight gained that afternoon when I writhed on the bed under the fearsome spell of a powerful psychotropic drug. There are also recreational drugs that are just as difficult to comprehend, or to kick. The best some of us can do is to work daily and diligently to replace the feeder mechanisms with stimulation from other sources. For me, the biggest source of replacement is writing. I freely admit that when all other forms of self-therapy fail, it is writing that rescues the mind. And painting sometimes fill that bill as well.

That is all mixed in with a healthy amount of exercise. At times I go a little harder in pursuit of some level of performance or an event. But I already know what it feels like to go all-out, 100% training, all the time. I’ve run 100 miles weeks and been a sponsored runner competing in races 24 times in a year. It was fun. But to be honest, it had its time.

Others find that surge at other points in their lives. It is can be an awesome ride to go a little nuts with it when the time is right. The thrill and sense of accomplishment. The confidence and the realization of progress.  All are sensations that are healthy in their context.

We don’t necessarily need to “go nuts” in order to experience these things. We’ve all seen people go “off the deep end” in endurance sports. Some are in recovery from a life event that gutted them. Others might be facing some emotional challenge that needs to be worked off or blown into the karmic atmosphere. So they go nuts training to the point where people worry about them. Some achieve success. Win the day. Go social with their achievements.

But then too often there’s a void. That approach can leave an empty feeling on the other side of accomplishment. Then the brain needs configuring all over again.

That’s okay too. I’ve previously stated that I love that passage at the end of the movie (and book) titled Wild, in which Cheryl Strayed confesses that she needed to “go nuts” in order to find out who she really was. She’d lost her mother to a dragging form of cancer. Then she felt isolated and took refuge in deep treatments of sex and drugs. Her finances were a mess, and she felt estranged from her brother whom she might otherwise have depended upon for support. Yet he was un-busy going nuts in his own way.

Finally she tossed all her shit (emotionally and materially) out the window. Then she bought an oversized backpack and some too-small boots and started hiking from the south end of the American wilderness all the way to the north. Along the way she faced threats from a few fucked up people. But mostly she met souls willing and/or eager to engage with her journey.

This proved to be an extremely constructive way to “go nuts.” I’ve done it a few ways myself over the years.

In any case, it sometimes pays to purposely go a little nuts so that you don’t actually go nuts. It is no cliche to state that “life is short.” I still maintain that my favorite phrase from Cheik Hamidou Kane’s book Ambiguous Adventure holds true:

The purity of the moment is made from the absence of time.

Christopher Cudworth is a content producer, writer and blogger with more than 25 years’ experience in B2B and B2C marketing, journalism, public relations and social media. Connect with Christopher on Twitter: @genesisfix07 and blogs at werunandride.com, therightkindofpride.com and genesisfix.wordpress.com Online portfolio: http://www.behance.net/christophercudworth
View all posts by Christopher Cudworth →
This entry was posted in Uncategorized and tagged actually go nuts, anxiety, Cheryl Strayed, Depression, emotions, go nuts, healthy amount of exercise, psychotropic drugs, purposely go a little nuts, running as therapy, tossed all her shit, We try to distract ourselves, wild, writing as therapy. Bookmark the permalink.