What Carrie Fisher taught us about choking the beast of depression, anxiety and dread

Posted on December 29, 2016 by Christopher Cudworth 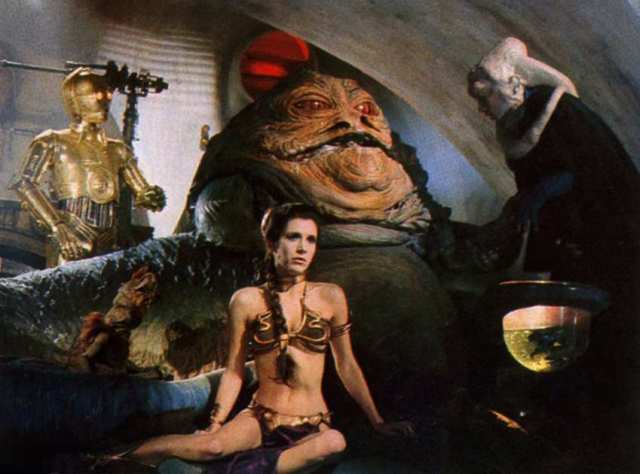 When the Star Wars character of Princess Leia Organa played by Carrie Fisher took hold of the chain that bound her and used it to choke the dickens out of her captor, Jabba the Hut, fans cheered at the triumph over such a lascivious beast.

Before that moment of triumph, things were looking quite bleak for the Princess, whose royal status meant little to the greedy likes of Jabba.

And while we must be judicious in claims over how life imitates art, there were some parallels between the character of Princess Leia and the life led by Carrie Fisher.

Her incredible testimony to the effects of manic depression during this ABC interview in 2000 shares what it is like to have an episode where the mind effectively runs away. And when asked to summarize what her life had been like since going on medications that helped her control her depression, she said, “It’s not happily every after. It’s everything ever after. 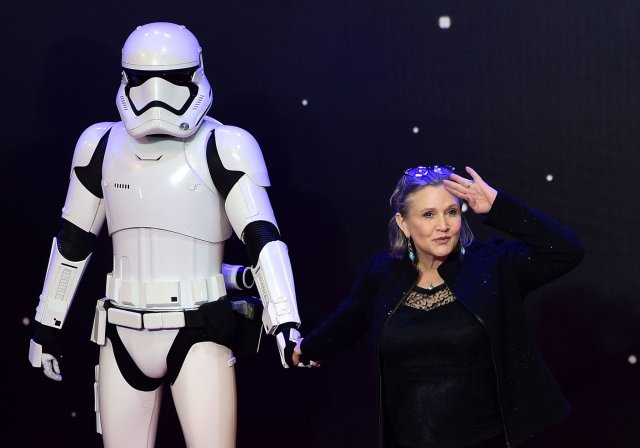 Fisher lived with her dichotomous brain for many years before it came to the point where her condition was nearly out of control. But she’s not alone. Far from it.

I have a friend who experiences the same highs and lows. I also have many friends on the entire spectrum of depression and anxiety. Many also contend with ADHD on top of it all, or beneath it. All find ways to function, to come to grips with the degree of difficulty in their daily thoughts and perspectives.

We all wish it were so clear and clean as choking the Jabbas of our depression or anxiety. What is clear is that daily exercise can help. One might call that daily run or ride Choking the Jabba. It helps us take control of our own daily destiny. No longer chained to the chair or desk of ruminative thought, we strive to shake free, choke off negative thoughts that lurk in the background like an evil captor of the mind.

One can get good at choking off negative thoughts after a while. Depression and anxiety are hungry beasts. They feed on the dark sugars of rumination, multiplying and dissolving into the system like a drug. 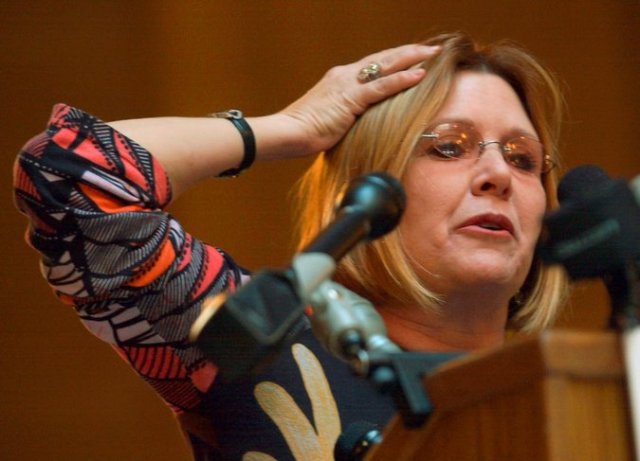 To break that cycle of rumination takes courage and determination sometimes. Getting those feet out the door even for a walk can be tough for those working through clinical depression. Yet people do it, and hide it. You may never know it. But for many people, battling depression and anxiety is like doing an Ironman every day. The dread of what could go wrong, or has gone wrong, follows the brain around.

Shifting that chemical balance around by replacing those Jabba feelings with endorphins and the proactive sensations that come with it can be critical to breaking free from cycles of depressive thoughts and behavior.

Denial is one of the significant challenges in all this. It is the enabler that stands guard for Jabba the Hut the Depressor. It smacks you down if you make unwanted moves. But be warned: denying depression or anxiety never works.

Denial is defined as, “the action of declaring something to be untrue.” There’s a lot of that going around these days. It’s even become a sort of national mental illness. People simply deny what they don’t want to believe, or are afraid to confront about themselves or their leaders. 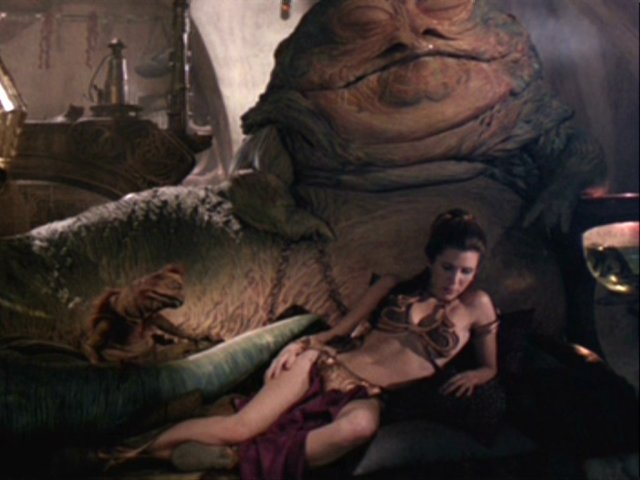 For some people, denial seems a much safer, shorter path to truth. But in truth, turning away from hard truths only makes you unaware of the impact that your inaction has on others. This can become a permanent state of mind because a worldview based on denial is a house of cards.

That is why running and cycling and swimming are much healthier approaches to dealing with depression. By contrast, many people “deny” their depression and anxiety by self-medicating through feelgood drugs such as pot, alchohol or prescription medicines.

Understand that it’s just a short step from a state of denial to a state of repression. That is, some people become so convinced of their own methods and strength of mind through denial that they seek to impose their version of coping on others. We see it in celebrities and commentators whose own repressive tendencies pop out in angry ways. These folks often experience broken relationships first, or are forced to hide their drug or gambling habits, sexual affairs or sexual orientation from the public eye.

Typically, this can only last so long. Burying such secrets creates difficulty in life, to say the least. Like a tell in poker, the denial that drives repressive tendencies feeds back on itself. People pick up on these clues, or get sick of the strident methods by which repressive personalities attack the things they claim to hate, yet often evidence in themselves. 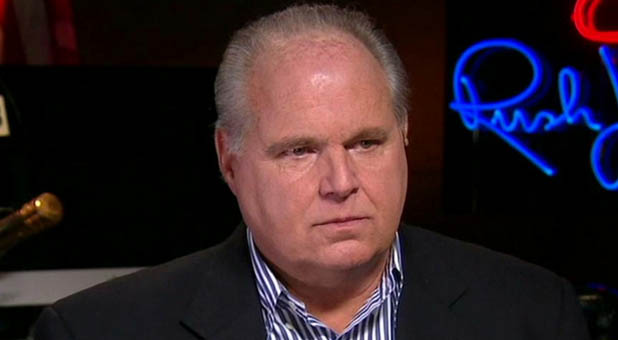 Rush Limbaugh, a Jabba the Hut of conservative radio, is one such character. The man exhibits a largely repressive personality focused on denying liberals an opportunity speak or advocate for basic civil rights and freedoms. Yet his own life is a series of failed marriages and addiction to oxycontin that belie his deep insecurity and personal flaws.

But he is correct about one thing: liberals are just as subject to repressive tendencies, including the likes of Anthony Weiner, the politician who keeps texting pictures of his junk. Political genius that he was, Bill Clinton is no bargain when it comes to his sexually predatory instincts.

Likely there are underlying mental illnesses at work in  these personalities, and many more who hide their conditions from the public eye. Those who choose not to acknowledge their conditions actually increase their suffering. That’s why the example of Carrie Fisher is so bold and true. Her honesty may make her critically flawed in the yes of those who consider mental illness a weakness. Some folks believe the mentally ill are functionally capable of conquering their condition with enough courage or faith or confession.

In truth it is more than that, and much less as well. It all comes down to self-awareness and appreciation of the source of ruminative thoughts, and how they propagate. For those suffering abrupt or profound chemical imbalances, the right combination of prescription drugs can be enormously beneficial.

Let’s all rememer that life sometimes imitates art, and there was no better example of dealing with the hulking specter of depression than Princess Leia standing up to Jabba the Hut and giving him a good choking for the suffering he caused. Carrie Fisher will be missed in both her art and her real life. She was an inspiration in all the right ways, even as she faced some of the wrong things she did in life.

For those of us still running around on this earth, her example is worthy of imitation.

Christopher Cudworth is a content producer, writer and blogger with more than 25 years’ experience in B2B and B2C marketing, journalism, public relations and social media. Connect with Christopher on Twitter: @genesisfix07 and blogs at werunandride.com, therightkindofpride.com and genesisfix.wordpress.com Online portfolio: http://www.behance.net/christophercudworth
View all posts by Christopher Cudworth →
This entry was posted in Uncategorized and tagged anxiety, carrie fisher, Depression, dread, princess leia, rogue one, star wars. Bookmark the permalink.