Posted on July 30, 2015 by Christopher Cudworth 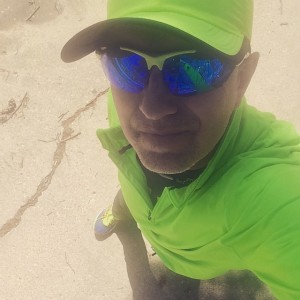 I admit it. For the most part I’ve always liked going to the doctor. You step on that scale and find out how much you weigh. The nurse takes your blood pressure like some fifth-grade prank where they make your arm tingle by squeezing it. Then you sit around and wait for the doctor to come in the room.

It hasn’t always been good news of course. That enlarged prostate that led to an infection back in my 30s was not much fun. But we figured out that caffeine was the problem and that fixed that.

Of course there have been visits to the doctor for a variety of sports injuries over the years. There was a bad concussion when I was in 4th grade. The older brother of a friend pushed me into a rough cement ditch during a pickup football game. I wandered home seeing double with a big bloody gash on my head. The doctor stitched me up and finally I could see straight again.

Then came the twilight line drive in baseball that knocked out a front tooth and gave me another near concussion when I was thirteen.

In college I developed a sore Achilles tendon from running and the campus doctor prescribed a painkiller and steroid treatment that left me wandering dizzily around the campus. A week later during a visit to the Mayo Clinic to figure out what was really wrong, the doc there took one look at my prescription and told my coach, “This is how much they give to horses.”

In my twenties while training for road racing I met a crazy young woman in the city that bent me backwards in the wrong spot causing a strain to a sensitive region. Explaining that injury to the female doctor I saw was quite interesting. She shook her head and said, with a bit of empathy, “You better take it easy for a while.”

For many years after that I pretty much avoided the doctor except for sprains and falls from playing basketball and other ballistic sports. There’s really not much you can do for a sprained ankle anyway, except ice and rest it. For 15 years nothing much happened to slow me down in running. But then I wasn’t running or racing all that much. So that probably kept a little tread on the tire.

However I sensed there was something amiss in my aging body. The tear of a ligament under my pelvic floor warned me that the years were adding up. That happened during basketball. So I waited for it to heal and finally visited an ortho guy who did an x-ray and told me, “You tore something really bad under there.”

So I went to my family doctor to ask for a referral to get physical therapy. That was an HMO thing you had to do. Ask permission to do the things you knew you needed to do to get healthy. The doc said no. “That physical therapy stuff is all a bunch of fluff,” he advised.

And he was wrong. So, so wrong.

Which made me even angrier when I tore my ACL playing indoor soccer in my early 40s. Had I gone to physical therapy and learned the weaknesses in my body and fixed them through strength training, I believe the ACL tear would never have happened.

So it was a shock to both the physical and emotional side of my being to learn that the ACL was gone. Never in my life had anything so dramatic occurred. All those years of cuts and turns in basketball. High jumping over six feet. Triple jumping over forty feet. The worst thing I’d ever really done was pull a muscle or sprain and ankle. And then the ACL blew.

The orthopedic doc at first said he could not be sure it was completely torn. But I knew better. There was no worse feeling than the sensation of my knee coming apart.

The surgery was intense and the recovery even worse. It was hard work and months of physical therapy coming back from the torn ACL. But a year after the surgery I felt confident on the knee and returned to playing basketball and soccer. So I worked my way back to playing ballistic sports. It was a triumphant feeling.

But then a soccer player rammed into the side of my knee during a game on a wet outdoor field and I tore the ACL again two years later. This time the doctor was conciliatory. “It happens. 30% of all those who fix ACLs tear it again.”

“It doesn’t work that way,” he cajoled.

And from that point on I accepted that my sporting career would involve going in a straight line. No more basketball, soccer or tennis. It just wasn’t worth the risk.

That does not mean the risks in my life were entirely removed. First came a bike crash and a broken collar bone in 2012. Then came an absent-minded collision with a downed tree in 2014. In between I contracted an infection in my left middle finger that could have cost me the digit. That required surgery and rehab and splints and tons of insanely stupid fees for dipping my hand in hot wax. Although that felt pretty good.

Overall, however, my doctor visits continue to be good news for the most part. My blood pressure is nice and low. My heart rate is in the 50s or 60s. Only my cholesterol moves up and down a bit. That runs in the family. And it’s a bit high,  I just learned. Yet I’ve been planning a diet overhaul so it will be good motivation to stop eating things that cause my blood to thicken. Or whatever.

Better to be proactive than reactive.

I know that looking ahead in life there will be more medical challenges to come. Aging is not for the faint of heart, they say. Surely there will be some dermatological news to face someday. All those runs in the sun and cycling for hours is going to add up to some doctor visits I’m sure. No amount of carrot juice and rubbing monkey sperm or whatever on my epidermis is going to erase the effects of sun damage.

Losing that bit of fat around my middle is the first goal. It built up over the holidays when my Achilles was sore and the eating got ahead of the exercise. Add in some stress and that fat stuff sticks to your middle like a vertical puddle.

Long ago my doctor advised me to “keep moving.” Simple advice, but true. Because the best way to keep from getting bad news from the doctor is to keep moving. Every day. I wouldn’t have it any other way.