“Believe in something” is good advice from Nike

Posted on September 7, 2018 by Christopher Cudworth 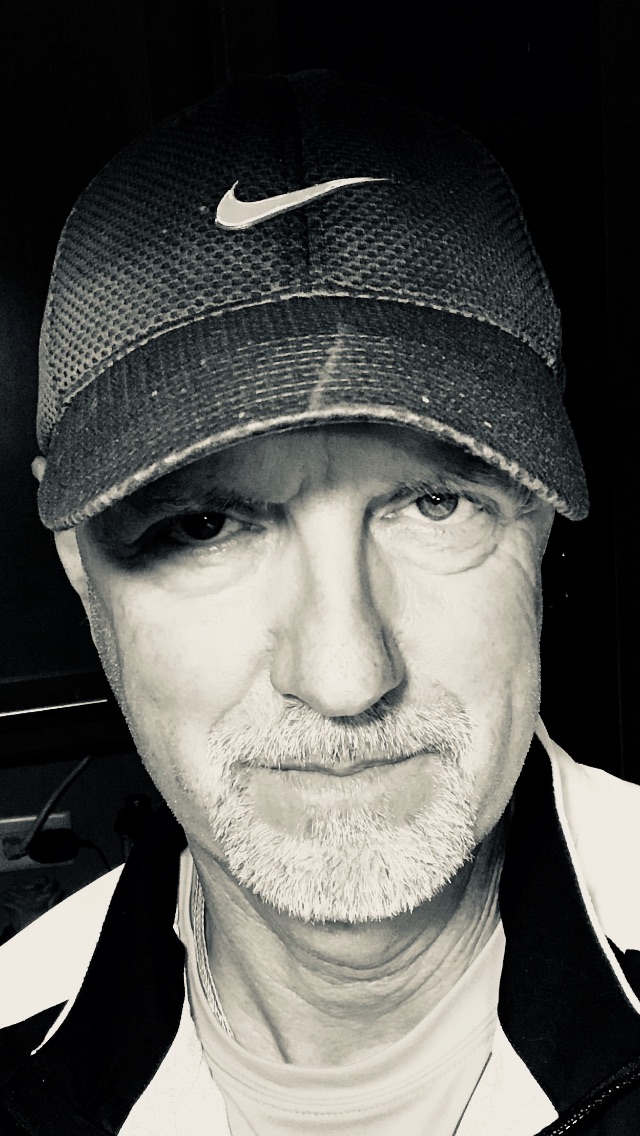 I was seventeen years old and a high school distance runner when my coach handed me a pair of blue shoes with a white swoosh on the side. “Here,” he told me. “Try these on. They’re from a new company called Nike.” They fit. I wound up wearing Nike running shoes all through college, where we placed second in the NCAA Division III nationals in cross country. Post-collegiately, I was invited to join two Nike-sponsored teams representing running shops in Philadelphia and Chicago.

And then, in 1985, I actually got married in a pair of silver and grey Nike Air Pegasus. Gave them to all my groomsman too. They matched our tuxedos.

So my relationship with Nike as a company goes back a ways. But the Believe In Something campaign featuring Colin Kaepernick made me think back through my own history with Nike and what the company has come to represent in the present era.

I’ll be first to admit that Nike is not a perfect entity. Many have questioned their labor and environmental practices. And let’s be honest: there are certainly commercial instincts at work even in this current “Believe in something” campaign. But from personal experience watching that company grow from hardscrabble shoe merchants to an organization with global influence, one can admire the will to take a stand for equality in the face of so much patent ignorance and selfish jingoism going on in America.

It’s also plain that pro football could use a good kick in the conscience. It took years (decades) to admit that NFL players were going brain-addled from concussions and CTE. The game also had a practice of turning away from issues of domestic abuse. It’s also a  fact that many players, after sacrificing all their young lives to make the league, were actually winding up financially stressed despite gambling all on their prospects for a pro career. 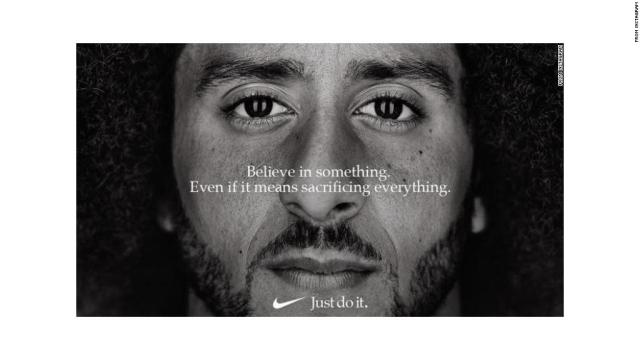 Much has also been made of the comparison between well-compensated NFL players such as Colin Kaepernick and the poorly compensated people serving in the military––and veterans to boot. But America is conflicted on that issue from many fronts. Presidential candidate Bernie Sanders once stated, “If you can’t take care of your veterans, you should not go to war.”

But let’s face it: America stumbles into most of its wars by nature of its conflicted character. And given that nature, I personally believe that everyone who serves in the military should be paid at least $100,000 a year, receive free medical care for life and get a free education after at least four years of service. We should literally pay them well for our collective mistakes. Because war is almost always the result of many mistakes.

If someone complains about that program being “too expensive,” then how is it that America spends more on its military than the next seven nations in the world combined? Where, in God’s name, is all that money really going? We should pay our troops more.

Because if we’re truly going to “support the troops” it has nothing to do with whether someone stands or kneels at a football game. It has everything to do with managing wasteful military spending and making a commitment to the human capital that genuinely protects our nation. Until that happens, shut the ever-living-hell up about Colin Kaepernick or any other protestor by claiming they don’t “support the troops” when kneeling during the national anthem. Colin Kaepernick didn’t mess up America. He’s just pointing out how messed up our country has become as a result of its inability to address its addiction to violence and prejudice as supposed solutions to tribal difference.

And for bringing that ugly fact to light, some people hate him for it.

Because we can’t blame Colin Kaepernick or Nike for the flaws in political logic that impoverish our troops or leave them struggling as veterans. That responsibility rests squarely on the shoulders of every American citizen. And bitching about your personal tax rates while rewarding America’s wealthiest individuals and corporations with massive tax cuts is not the path to patriotism. It is the sign of vain, selfish and ignorant empire. This much we know for sure: America has been screwing its veterans since the Revolutionary War.

If we all want to believe in something, then let’s show our gratitude to the troops and our flag not through jingoistic displays at football games. Let’s commit to a nation where  communal investment in America provides not just for our people in the military, but also quality healthcare for all its citizens and an intelligent, economically sound social contract (without borrowing against it, as with Social Security) where no segment of society is discriminated against or abandoned according to race, religion, age or economic status.

That’s what the Constitution and Declaration of Independence set out to deliver: the equal opportunity for pursuit of life, liberty and happiness. Those are prime American values. But we don’t honor them by refusing gays the right to marry, or blocking women from reproductive rights and birth control. Those initiatives are the work of bigots and zealots obsessed with a control-freak version of authority.

A clear vision for America 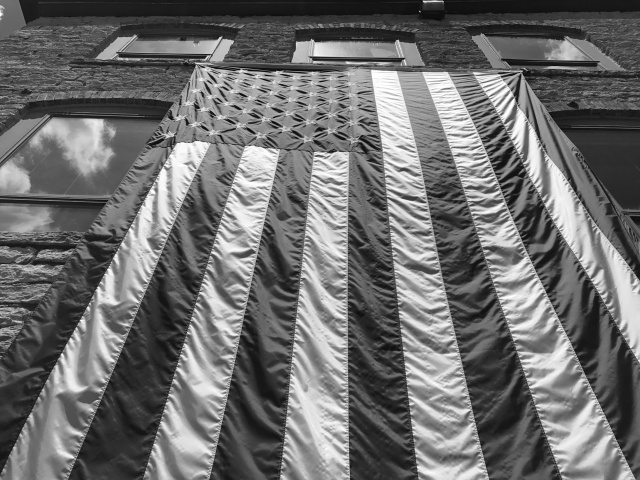 And let’s get a few more things clear about America.

The Constitution clearly promises freedom from religion as well as freedom of religion.

It demands a well-regulated militia, being necessary for the security of a free state to be legislated before the right to bear arms is provided.

Just as importantly, our Constitution guarantees the right of anyone to stand or kneel in protest, especially when the flag of injustice is the one being waved in their faces.

Because ultimately, justice is something to believe in. Even if it means sacrificing everything.

Real freedom is self-generated, but that comes with the obligation to respect that in others as well. It does not come about by dictate, but by the people, for the people, and of the people.

Something to believe in. America.

Nike’s got that right.