Posted on May 7, 2018 by Christopher Cudworth

Yesterday was the first anniversary of my marriage to Suzanne Astra. We celebrated by heading to Chicago to see Hamilton, take in a romantic dinner at the Chicago Athletic Club with a gift certificate we’d been given as a wedding gift, and stayed at the Hyatt overlooking the Wrigley Building and Tribune Tower.

Only Tribune Tower won’t be the home for the Chicago Tribune for very much longer. The newspaper has struggled with revenues the last ten years and a series of ownership changes has led to the divestment of properties associated with the company. That means Tribune Tower is being purchased by a developer. There are plans to plunk the second tallest building in Chicago right next to the still-classic profile of the building that has stood as the pinnacle of journalism in Chicago for decades. 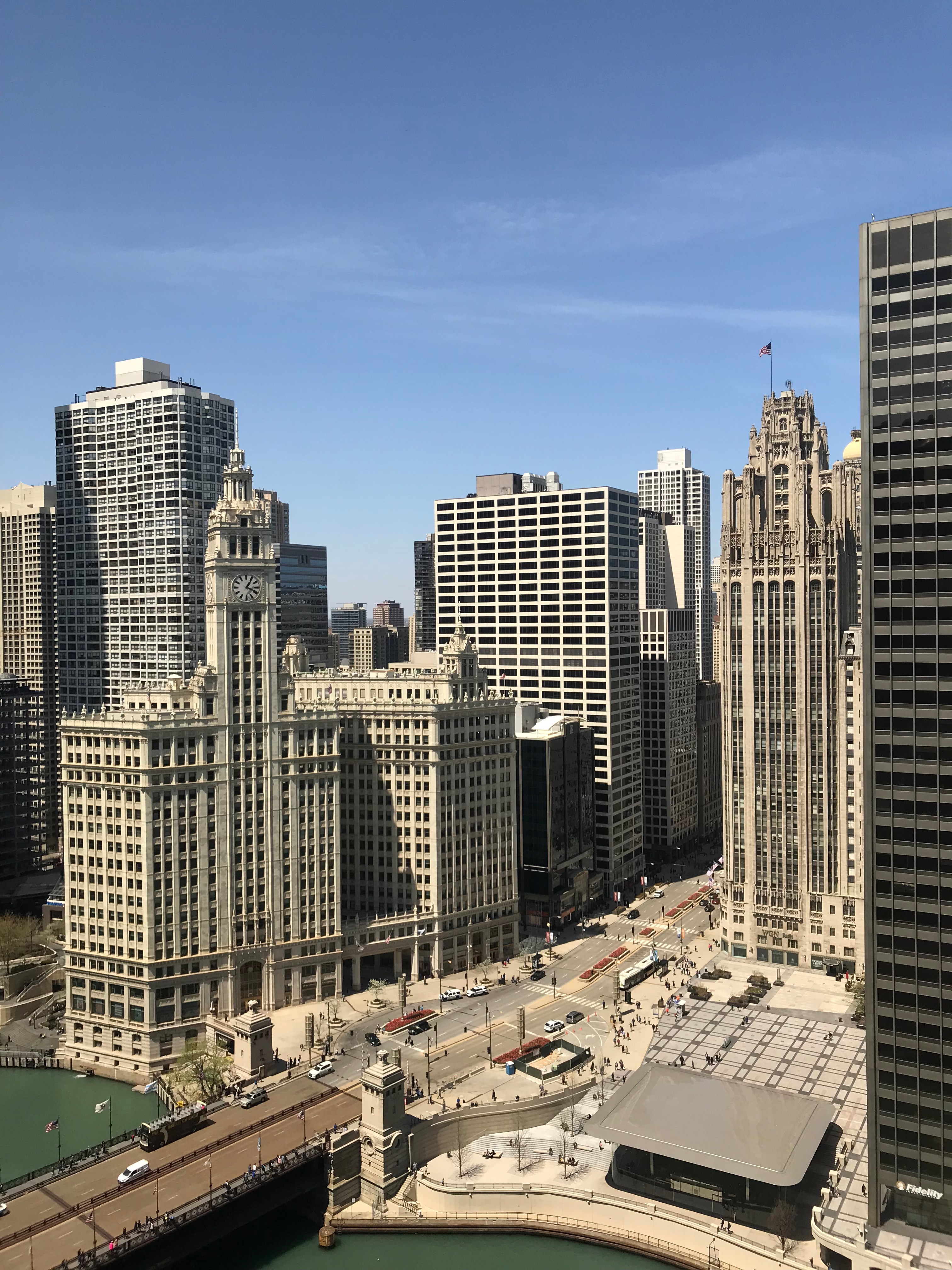 I have friends and former newspaper associates who currently work for the Chicago Tribune and its digital companies. Their careers have been jostled and shaken the last two decades as various kneejerk owners took over the reigns of the Trib. A couple of those Big Shoulders zealots nearly drove it into the ground.

These include the super-rich Sam Zell, who hired a bunch of radio expatriates to take over management of the Chicago Tribune and “shake things up.”  They turned the offices of the Chicago Tribune into an adolescent party palace, offending everyone inside and outside the operation in the process. The Tribune survived, but only because the coarse brand of ego-driven management ultimately proved unsustainable.

The company stabilized after that debacle. But then along came a bunch of new zipheads that named the company Tronc after “Tribune Online Content.” The childishly lower-case logo with its cheesy late-90s color scheme is reflective of a mindset that says calculated informality combined with a cloying exhale of stale early-2000s air constitute a forward-thinking makeover to carry the company into the future. Good luck with that.

Those of us who grew up with admiration for the Chicago Tribune found all this idiocy shocking at best. As a kid I delivered the Chicago Tribune. All through high school and beyond I’ve remained a reader and loyal subscriber. I’ve had a couple dozen Letters to the Editor published on topics ranging from environment to religion to politics.

And to that end: Many times I have disagreed with the Tribune’s originally conservative philosophy. But I kept reading the paper out of a sense of cultural responsibility and in being informed. Even as the Trib carried the issuances of dunderheaded columnists such as Dennis Byrne or the petulant ravings of Cal Thomas, the drivel of anachronism and dog-whistle anger couldn’t drive me away. 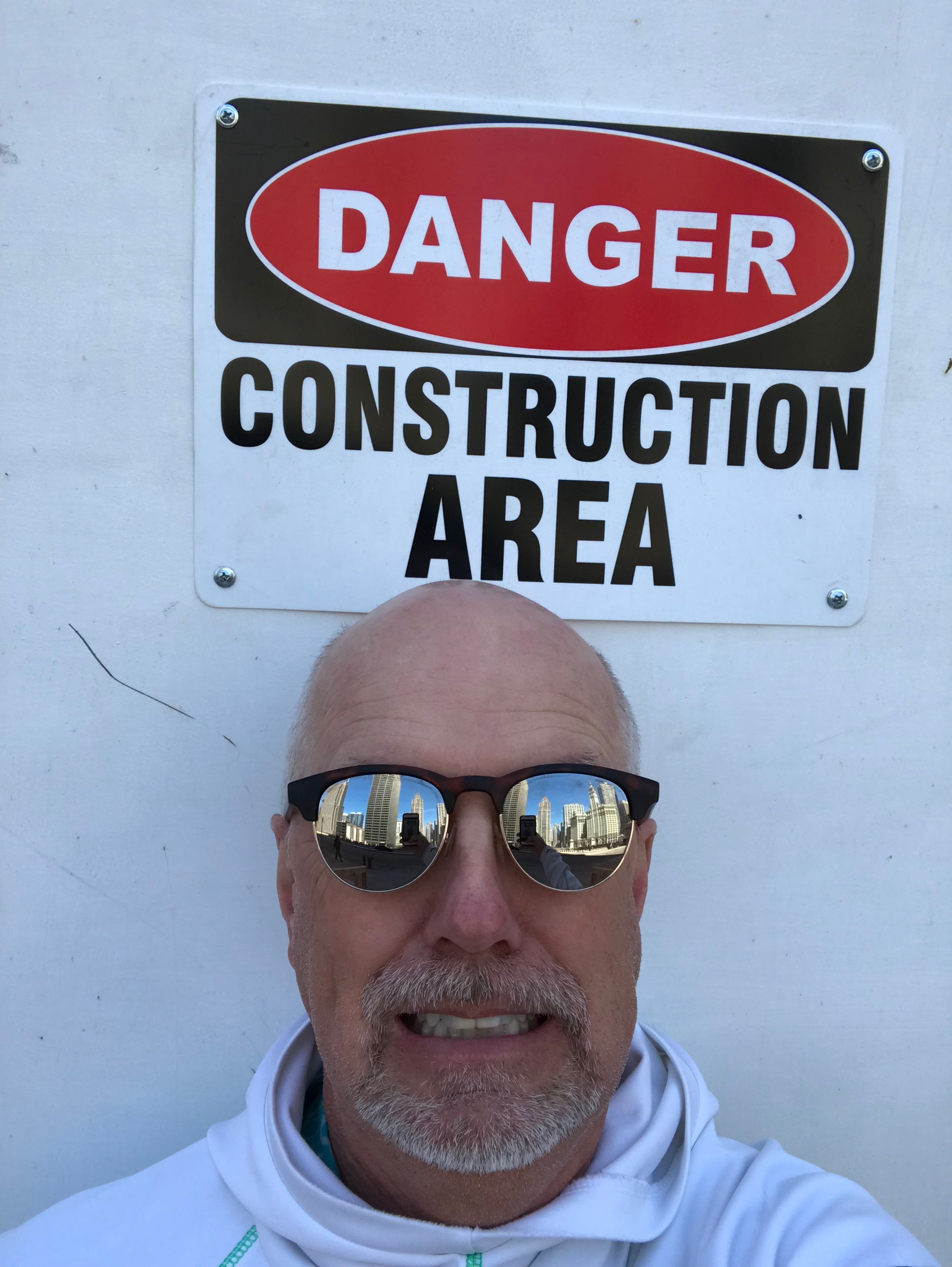 I kept subscribing to the Tribune even when I was in the employ of smaller competitive newspapers. When I was hired as an editorial writer for the Daily Herald, the third-largest newspaper in Illinois, it was an opportunity to learn how the editorial voice of a newspaper actually worked. There is nothing like knowing that 300,000 people might read your words to make you think about what those words really mean.

All this engagement covered decades of my life. A couple years ago I even pitched the Tribune on a business idea that was reviewed for months with considerable favor before it was declined due to financial pressures to keep their traditional and online sales staff focused on building news holes and propping up online content.

So I’ve been inside the Tribune building several times. The lobby is impressive. The offices are just like every other newspaper where I worked. Desks piled with old editions of the paper for reference and whiteboards in the sales department marked with sales objectives and target accounts. Some things never change.

The Tribune building is perched on a small rise of Michigan Avenue next to the Chicago River. Back when I lived in Chicago in 1983-84, I’d often run from our flat in Lincoln Park down to Michigan Avenue and Grant Park, then come back up the lakefront trail. As a fit and somewhat naive kid of 23 years old, I looked at that journey as putting my stamp on the City of Chicago. I felt like I owned the place. 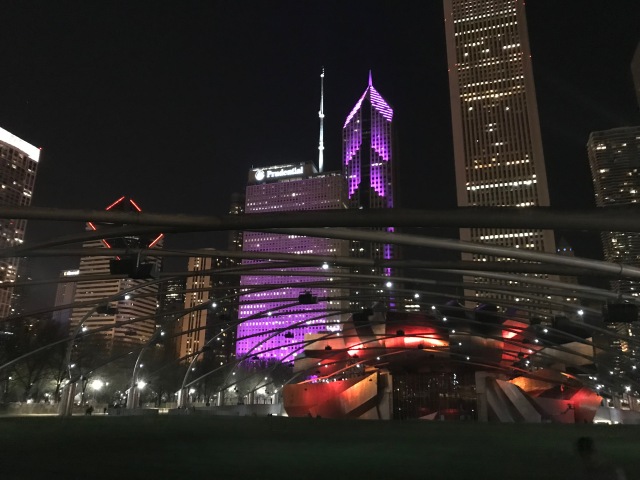 At the same time, the city and its business leaders were daunting in ways that seemed at once opaque and frighteningly transparent. Through connections in running I once wound up in a business meeting to discuss the concept of hosting a mile race down Michigan Avenue. Also attending the meeting was a world class runner named Eamonn Coughlan, the Irish miler and 5000 meter runner who set a world indoor record for the mile and won international championships in the 5000 meters. The meeting was full of people trying to prove themselves the most insightful on the matter of the race and Coughlan watched it all patiently, but I could tell he was frustrated.

That was one of the many moments over the years when I realized that the people who believed themselves special were in fact desperate for approval. Meanwhile, here was a world class distance runner that would place fourth in the Olympics several times who truly knew what it mean to put it all on the line and “fail” in the eyes of those who considered an Olympic medal to be the only sign of success.

It put my own striving in perspective. From then on, as I ran down the Magnificent Mile I realized that every building along the way, while massive in scale and daunting in terms of the money, management and revenue that sustained it, were still just the product of people who could be just as phony as the men gathered in that room trying to impress the world class distance runner in their presence.

I’m not the runner I once was. But it still felt fun to run the Magnificent Mile yesterday on a sunny Sunday morning in May. It was an anniversary of another kind as well.  It was the first weekend of May in 1983 that I moved back to Chicago from Philadelphia. 35 years ago.

Other than a few new buildings, the street known as the Magnificent Mile still looks pretty much the same. The tulips were arranged with care in planters. The shade still felt cooler than the sun. My reflection in the windows and polished black granite of the buildings still looked like very much like a runner I knew. A lot slower and older, but still a guy trying to make sense of life on the move.

Then I passed the Tribune Tower and thought about the times I’ve sat in that lobby looking at quotes carved into the marble walls inside the lobby. Each quote speaks to freedom of the press and the importance of truth. There is nothing fake about the fact that such concepts are under siege by political forces that are more impressed with themselves than with the power and importance of the law and the freedoms it protects. 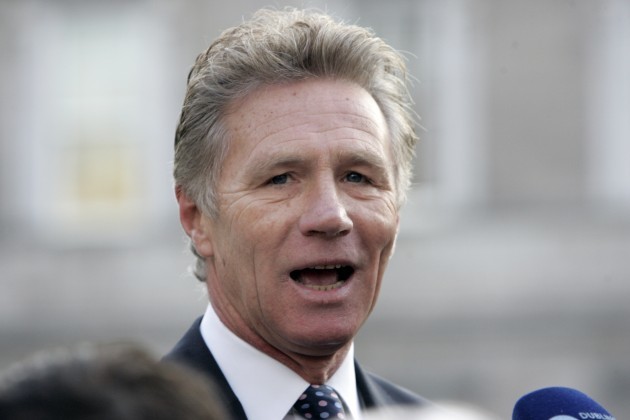 I thought back to that meeting in which Eamonn Coughlan sat patiently listening to the blowhards in the room trying to impress each other with their half-baked ideas and half-knowledge of what it takes to put on a race, or to actually run one.

That’s when I realized that despite the supposed sophistication of the men who build tall buildings and occupy them, their urges and intentions can be a base and petty as the dirt and detritus gathered around their foundation. Even a city as large as Chicago is still an illusion of perceptions and the bluster of names written in big letters.

I can admire the success of people who build big cities such as Chicago and yet not fall prey to the idea they are somehow perfected in their nature. The near-ruination of the Chicago Tribune by developer Sam Zell proved to me that people can be exceptional in one field and not grasp a single aspect of a field outside their area of expertise. Seemingly smart people can do really stupid, stupid things.

It is the arrogance of those bearing grandiose assumptions and piles of self-righteousness that so often ruin life for the rest of us. Even people with Big Shoulders can possess really small minds. I’ve seen plenty of proof of that.