Changes in latitude, changes in attitude

Posted on January 17, 2018 by Christopher Cudworth 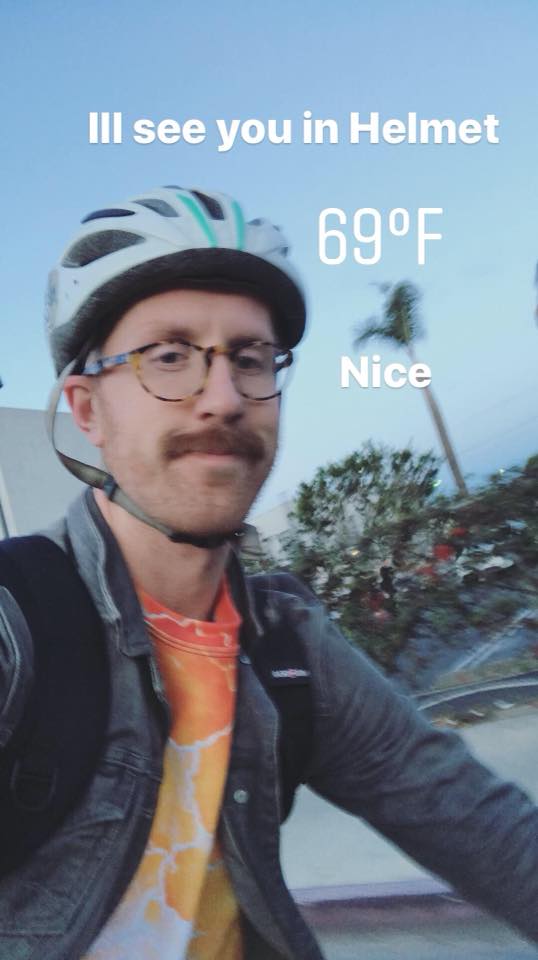 That young man in the photo is my son, Evan Cudworth.

He lives in southern California.

When he moved there a year ago, he mentioned that he wanted a change in latitude.

If I recall correctly, he described it this way. “Everywhere I’ve been, even in Europe and China, I was on the same general latitude.”

That might not be exactly true. But you get the picture.

He wanted to make a profound change in his life. Perhaps it would be good to go somewhere warm. Maybe by the ocean. And how about Venice Beach, California? So he went.

He’d lived in New York City a few years and was living there in 2013 when we lost his mom to cancer. The grief from her passing proved a rough journey with depression always lurking in his soul. The party scene proved tempting. Like all 20-somethings, the experience proved a rite of passage in many ways. 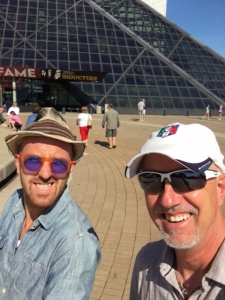 He tried moving to Cleveland after that, but despite the Cavaliers winning the NBA championship and finding a decent place to live in the Lakeland district, he still craved more from life.

I visited him during his time in Ohio and we went to the Rock and Roll Hall of Fame together. We had a fun time, but how many suits worn by David Bowie and Michael Jackson can one really endure before wanting to move on in life?

Evan took his job with him out to California, but the startup for whom he’d been working a couple years was giving up after all. That meant a gap in time and employment to really think things through. He’s a strong kid, and works out doing CrossFit, but those of us that have been through periods of employment transition know that it’s tough getting up every day without that work foundation beneath you.

Many years ago I wrote a book titled Admissions about a college counselor working through life’s challenges. It centers around a fictitious college in Wisconsin called the University of Wisconsin-Dells that is funded by tourism. Many things that I predicted in that book composed in the early 1980s have come true in the present. In fact, my prescience almost frightens me. I plan to transcribe it from my old Mac computers into publishable form.

Outside predictions about the futures, the philosophical point of the book (circa 1984) is that we all have to admit our flaws to really make progress life. I also wrote about a concept called Life Tectonics, in which the various aspects of our character (along with other people and events) crash together over time like continents on the surface of the earth. What ultimately emerges is the map of our being. I wrote about this concept a good twenty years before Dave Matthews recorded his song Crash…

Oh and you come crash
Into me, baby
And I come into you
Hike up your skirt a little more
And show the world to me

I often think about that concept of life tectonics while riding my bike. I’ve crashed a few times and each one has taught me valuable lessons about paying attention and dealing with surprise, fear and the consequences of ignoring all of the above.

Well as they say, so much of life is like father, like son. Recently my son Evan was riding his bike in Santa Monica and found himself bearing down on a car at full speed. I’ll let him tell the story as he shared it on Facebook: 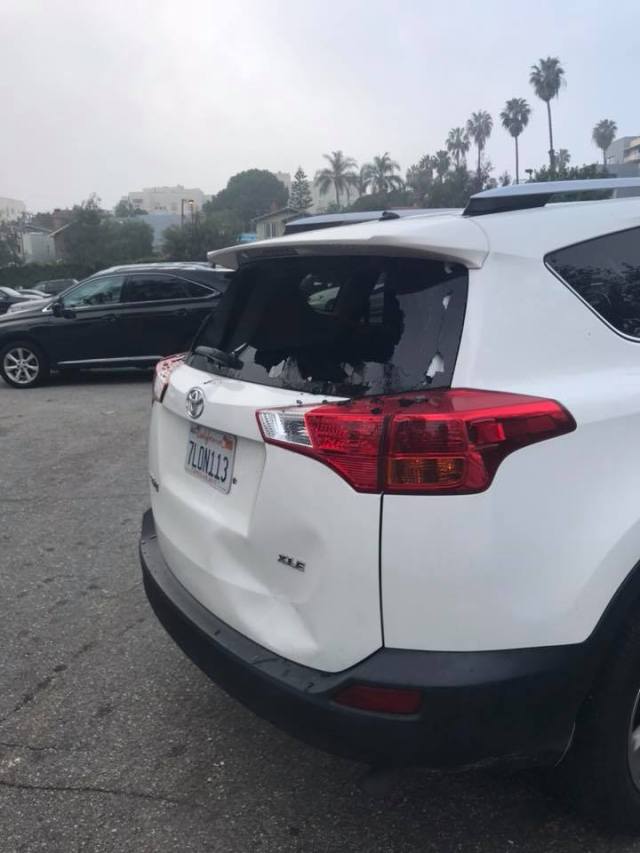 “Had a pretty scary experience yesterday, and want to share what it gave (and took from) me.

Biking from work, I made a hard right turn in Santa Monica where there is a fairly steep incline down to the ocean, and there was a car pulling into a garage. I tried to break, but it was slightly wet and I slid at pretty much full-speed into the back of a Toyota. My shoulder and head destroyed the window, while my body and bike massively dented the car.

It could (should?) have been REALLY bad. Despite repeat warnings from smart friends, I wasn’t wearing a helmet. Yet I walked away completely unharmed. Although my jacket is shredded from the glass and the water bottle in my backpack cracked and I initially thought the gushing was blood LOL.

The man driving the car got out and was immediately concerned about my safety. He didn’t even look at his car. His English was decent, but he didn’t quite have the words to describe what he wanted so he just kept saying, “Go to doctor, buddy!”

After much reassurance, we exchanged information and I tried to go work out at Paradiso CrossFit Venice cause I felt FINE but my coaches smartly told me to just do a stretching WOD for an hour

This man called me 4 more times last night “sure you ok buddy?” I kept asking him what he was going to do about his car. Technically, this WAS my fault. But his insurance wouldn’t cover. There are not clear rules on these kinds of bike accidents.

He called to check up on me again today and I asked him again if he had a damage assessment. He was hesitant to say, but when he gave me the figure I gasped—it was almost exactly the same $ I won playing roulette in Vegas this week. I had planned to use those winnings to pay down some of my massive credit card debt, but hey. After talking a bit more, found out he was a line cook at a hotel bar I’ve frequented.

Karma only exists if we make it. So I biked over and met him on his shift. We hugged and I apologized for ruining his week. He said, “Buddy, you are still here! Week is good.”

Wear your helmet and do the right thing. Thankful and wishing you all a good week.”

This incident happened just last week. I called my son to discuss it a bit further and to make sure he wasn’t experiencing any side effects that he might be dismissing. People that haven’t been in a bike crash before often don’t realize how sore it can make your body for days, even weeks after.

“Seriously, I’m fine dad,” he assured me. “I don’t know why, but my body crushed the window but nothing hurts.”

I’ve had one crash like that. I’ve also had others that hurt like hell. I’m glad he’s experiencing the former, not the latter. 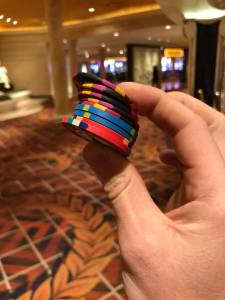 He also explained to me how he won the money playing roulette in Las Vegas during an electronics show he attended for the company where he now works, Epidemic Sound.

I won’t give away the number he plays or the method he uses to win (more than $700!) but it has its benefits. Most of all, he knew to walk away when he was ahead. That’s a life lesson if you ever saw one.

To conclude the episode, this was definitely a Life Tectonics experience for my son. Some might say an angel was looking out for him. If so, well that’s nice.

Others might say he was damn lucky not to get seriously hurt, and perhaps a bit stupid for not wearing his helmet. He’s admitted that, and has now corrected that flaw with a helmet he now wears proudly while riding his bike around Venice and Santa Monica. Here’s what he wrote to his followers on Facebook:

Thanks for all the well wishes and I hope my bike crash story can bring some caution and compassion into the world this week. Helmets are sexy! — at WeWork Santa Monica.

As you can see from the photo here, one of his friends posted a photo of herself with a rad helmet and super cool shades. That shirt is super beautiful too. Cyclists in helmets don’t have to be nerds, that’s for sure.
Changes in latitude, changes in attitude. Nothing remains quite the same.