Gaming the system when we run, ride and swim

Posted on October 24, 2016 by Christopher Cudworth 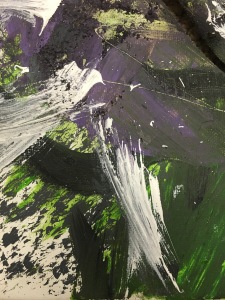 Perhaps some of you are into gaming, the virtual kind. My son played Warcraft and Halo and tons of other games through his early high school years, then kind of dumped the whole thing. His friends used to like when I joined in their multi-monitor games in our huge basement because I was always someone the worst players could kill. Repeatedly.

I never minded being the virtual patsy. My competitive urges have never really resided in the virtual world. However, there have been moments in my career when reality seemed like virtual reality.

For example, during the national cross country meet in which our team placed second, I was running 5th man, the final runner who would count in team scoring. The race went out fast, with the leader Dan Henderson going through the first mile in under 4:20 and finishing somewhere in the high 23:00 range.

That meant the rest of us flowed in his tow. And in the last half-mile I realized that it was absolutely vital not only to hold my place, but to pass two or three runners if all possible. And it wasn’t easy.

It didn’t hurt like I thought it would, but I pushed even harder. And at that moment, the entire race (the whole world in fact…) seemed to turn into a slow-motion reality play. My brain took on what seemed like an extra dimension. The last 100 yards of the race felt surreal, as if my entire being was traveling through some alternate time awareness.

And sure enough, we only beat the third place team by a couple points, and fourth was just a couple points after that. Needless to say, I was both ecstatic and relieved at the same time to have been a part of our team’s success. Typically, you only get one chance in life at such endeavors. And it was real.

With most virtual reality gaming, you tend to lose more than you win when you start out. And so it was in the Elk Grove Criterium, in which the racing took place on suburban streets. It was like a scene from one of the disturbing video games where everything seems like it should be quiet, but something is always happening.

There was a hairpin turn on the far northern end of the course, and all 50 cyclists in the race would slow down to squeeze around the bend, then sprint like crazed Mario characters to get back into the group. If you didn’t do this, you got dropped.

So I did it over and over again. And with a lap to go, I was happy to find myself in second place at the start line with just one more hairpin to go.

Only I’d used up all my GREEN ENERGY getting back onto the pack all those times. And when it came time to ride hard the last lap, the sound effect would have been like this….BEEEPbeeeoooooooooowwwwwhhhhooooooooooooo   clunk.

Swim for your life

Everyone knows their first open water swim is no joke. It’s just you and the deep water and perhaps some nasty waves to make things really interesting. And this summer I donned my wetsuit and took on my first real open water swim.

Now granted, had the event been a video game, there might have been sharks chomping my legs off at the ankles. Or giant pterodactyls nipping at my head to keep me underwater. That would certainly have been interesting.

Lacking that, it was only my fears that were dragging me down.

And yet they didn’t. And I felt wonderful in the water. Liberated, really. And when it was over, my companion Sue slapped wet hands with me and said, “Good job!”

Somehow reality still feels better to me than virtual reality. Especially when I got a wet hug as well. Who really needs a controller and toggles in that situation?

Christopher Cudworth is a content producer, writer and blogger with more than 25 years’ experience in B2B and B2C marketing, journalism, public relations and social media. Connect with Christopher on Twitter: @genesisfix07 and blogs at werunandride.com, therightkindofpride.com and genesisfix.wordpress.com Online portfolio: http://www.behance.net/christophercudworth
View all posts by Christopher Cudworth →
This entry was posted in Uncategorized and tagged bike racing, gaming, virtual reality. Bookmark the permalink.