The Opposite of Goodwill

Posted on October 23, 2016 by Christopher Cudworth 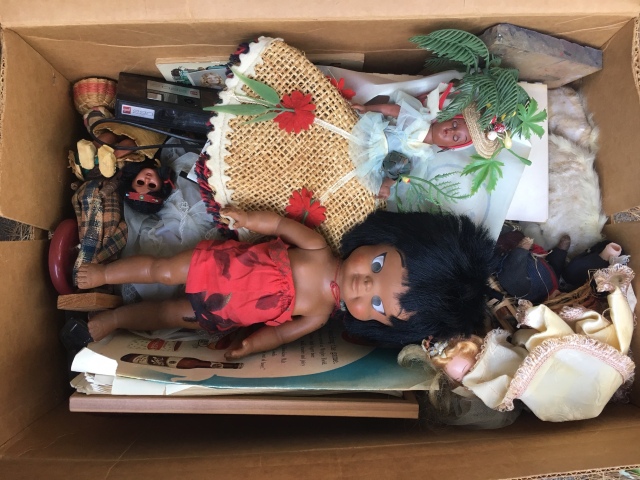 This box of long forgotten items turned up while cleaning out my house. It consists of items brought back from world travels by my late wife’s grandparents.

You gotta love a Goodwill store. Whether you buy things that no one else needs, or drop things off that you don’t need, the Goodwill store is the place to be.

And I have been there. A lot. Lately.

That what happens when you clean out a house in which you’ve lived for nearly 20 years. Actually, I’ve visited the Goodwill store pretty consistently for the last three years. Before my late wife passed away, she told me in the last week of her life, “Chris, I’m sorry about all the stuff.”

I had no idea what she was talking about.

But I do now. She was no hoarder. But she did have layers of prized possessions and family keepsakes that if laid end to end, could have formed a bridge across Lake Michigan.

Many of those things that have true family value, I’ve kept. But let’s be honest, there are lots of things we tend to keep in our basements and such that nobody else wants. So I’m going to give you some good advice. Start throwing away the shit you don’t need.

Do it now. Start with something recent like those 10 sets of old running shoes jamming your closet. Throw a bike or two away, or do what I did with my wife’s Silver Schwinn. Find someone who can really use it. Spruce up the Old Bike and Give It Away. It will make you feel great. I guarantee it.

Once you’ve done something like that, the whole universe will open up. You’ll find grace in giving away dishes and plates you no longer use. Or all those wedding gifts that never saw the light of day after that precious little shower they held for you. Today I gave extra KitchenAid stuff to a young couple that stopped by on bikes to inspect it on the curb. I gave them a set of dishes I no longer needed as well.

People who get divorced have to go through this process without choice. Splitting up the goods gets rid of the sentimental attachments mighty quick. The bitterness might remain, but that’s a different story. That’s the opposite of goodwill, you see.

But if you investigate the recesses of your soul, you will also find that you can give away the hurt too. There this thing called forgiveness that is like a Goodwill store for your hurt feelings. It works wonders. I’ve used it many times.

In fact, the first thing you should do is give away all that resentment you have toward yourself. Failings are heavy baggage to carry around. Yet we all have them. Some drag like a chain on our necks, keeping us from looking up at happiness. Even a bad race effort can sling to your conscience and haunt you for weeks, months or even years. Let it go. You don’t need that shit.

I had to laugh this afternoon on my way to the actual Goodwill store. I imagined that they were sick of all my trips to the dropoff station. “We’re sorry sir, the entire store is full of your shit. We have to ask you to take that stuff back home. We don’t have any room left for other customers.”

That was really funny to me. Maybe it’s not so funny to you. But here’s the weird thing about making multiple trips to the Goodwill store. You actually start to feel guilty for giving so much stuff away. It’s true. It’s like the Opposite of Goodwill. You ask yourself: “How could anyone want this shit? If I don’t want it, why would anyone else?”

But people do. Because some people like the thrill of discovering that other people’s shit can be useful in their lives. And people find “deals” on valuable stuff someone else does not want. And that is the entire principle driving the Goodwill chain’s success. 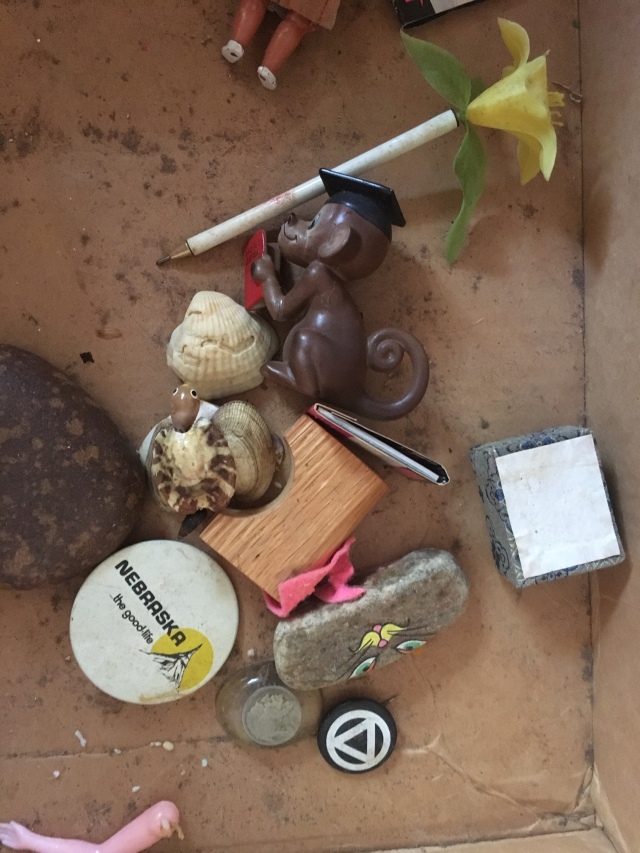 But it does not save you from dealing with your own shit, and that can bring on a case of Shit Fatigue.

We all have too much shit that we own and keep. Yet when we try to get rid of some of it, a combination of sentiment and sheer physical exhaustion (from carrying it around, but it’s a workout at least) can grind you down to a pulp.

Then you start to feel something like the opposite of goodwill coming on. “I hate my shit,” you mutter as the car seems to drive itself to the Goodwill store. “And I hate everyone else’s shit too.”

In fact, that’s a great symbol for what’s going on in America right now. Everyone is sick of everyone else’s shit, so the entire country is caught up in a streak of emotion that is the Opposite of Goodwill.

The World Series of Shit

And you’ll probably see this shitfest in full action when the Cleveland Indians play the Cubs for the World Series. See, my brother informs me that while Cubs fans are hungry for a World Series title, the City of Cleveland and its Indians might want it just as bad. Or worse.

See, the ONLY TITLE that Cleveland as a city has won since 1954 or so is the recent NBA Championship. Chicago has seen the Bears, Bulls and the Blackhawks win titles. Even the Chicago Fire soccer team won a soccer title or too. But that’s been a while, for sure.

Meanwhile Cleveland has not won a goddamned thing.

So they’re not going to have any sympathy for the tragic backstory of the Chicago Cubs and the Curse of the Goat.

And let’s consider something else as well. The Cleveland Indians, for God’s Sake, are named after a population of people that were essentially wiped off the face of the map here in America. Genocide.

So we’re talking the total Opposite of Goodwill when talking about the INDIANS, because that was a different kind of World Series altogether. So the Indians are carrying around cultural shit that most Americans don’t even want to acknowledge, or like to pretend that naming a sports team after “the Indians” is some kind of honor for their fighting spirit. Sure, they did not give up without a fight in many cases, and the word Chicago is actually a confused version of a Native America word.

But truthfully, “Indians” never existed as a “thing” until European settlers gave them that generalized name based on idea that the people they’d found on the new continent sort of resembled people from India. Yet that country was still another 15,000 miles away to the West. So the name Indians was prescribed by a bunch of geographical dumb shits.

So let’s focus for a moment on the cool thing about the original people who lived here in North America. Most of them did not carry a lot of shit around with them. The Plains Indians traveled with tipis and slung their belongings on a rack of poles. They ate what they needed and kept a few precious items. Oher than that, they lived pretty light on the land. Considered it sacred. Let it renew for the most part, and seldom conducted wasteful activities as a rule.

Same with many other cultures of people on the North American continent. The people that came over the land bridge and spread over the continent were used to traveling and keeping it simple and smart. They knew how to manage land to their needs. Of course, some of them likely still hunted the megafauna like mammoths and mastodons to extinction. The same thing happened all over the world, and is still happening to day. 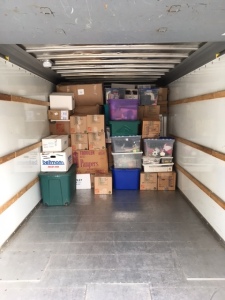 Because no one’s perfect, and people are acquisitive by nature and try to take everything for themselves. And we wind up with basements and attics full of shit that our kids typically have to throw away when we’re dead.

So do the world a favor. Lighten up. Clear it out. Consume with conscience. Buy what you need and get rid of the rest, recycling it if you can.

Because to do anything else is the Opposite of Goodwill. And that makes you a shitty person. And you don’t want to live that way. Do you?

Getting rid of all this shit has certainly given me pause. It’s even made me think about other ways I impact this world. Yet I have recycled a ton of running shoes, and sold off a bike or two along the way. I’m doing my best to keep my shit together while getting rid of as much shit as I can.

Christopher Cudworth is a content producer, writer and blogger with more than 25 years’ experience in B2B and B2C marketing, journalism, public relations and social media. Connect with Christopher on Twitter: @genesisfix07 and blogs at werunandride.com, therightkindofpride.com and genesisfix.wordpress.com Online portfolio: http://www.behance.net/christophercudworth
View all posts by Christopher Cudworth →
This entry was posted in running, Uncategorized and tagged goodwill, Goodwill stores, the opposite of goodwill. Bookmark the permalink.

1 Response to The Opposite of Goodwill