Loss or gain in a puff of smoke

Posted on October 5, 2016 by Christopher Cudworth

The world of endurance sport has changed in many ways over the last thirty years. We’ve watched heroes rise and fall, come and go. Lance Armstrong ruled the world and then collapsed like the subject of a Cold Play song.

I used to roll the dice
Feel the fear in my enemy’s eyes
Listen as the crowd would sing
“Now the old king is dead! Long live the king!”

Very few heroes survive without some tinge of scandal or intrigue haunting the myth created around their performances. Even legends such Michael Jordan have their immensely human flaws with allegedly huge appetites for gambling, women and massive egos. Such is the life of an NBA star.

The pressures of being that good at something, especially a sport, can be immense. That’s why athletic heroes such as Michael Phelps wind up smoking a little dope. To escape. To find themselves. To ease the pain of existence perhaps?

Now it has come to light that more than half the players in the NFL use pot to treat the pain produced by playing the game of football at its highest level. Pot also helps players deal with concussions. That’s a subject few like to talk about, but it stands to reason that for every reported concussion, there are probably three that go either undetected by the team and are known only to the players. The culture of pro football has long rewarded playing hurt. Indeed it may depend upon it. The stakes are simply too high and the money too great to balk at the chance to play in an NFL game once you’ve earned it.

So players naturally turn to a release from that constant pressure to perform and take those risks. Quite a few apparently smoke pot in their offtime to keep on going. 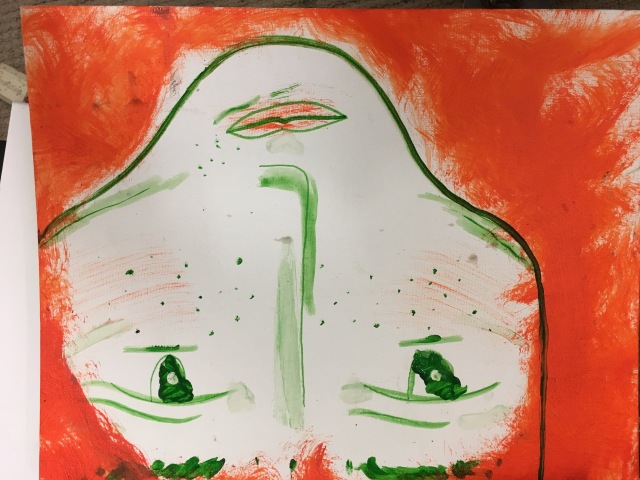 Some might see that as sign of weakness or find it irresponsible given that pot is still largely seen as an illegal drug in America society. But that does not mean it is unavailable. Marijuana is easy to get and reportedly more powerful than ever. The drug has soared past its reputation as a hippie drug from the 60s and 70s. The pot on the market know is reportedly far stronger and more effective than the weak weed back then.

Yet the image of pot is changing fast. Cancer patients now use weed for medicinal purposes and so do many other. The drug is maturing in its public perception.

So who are we to judge the fact that many top athletes now smoke pot. It’s just a sign that everyone’s trying to get along, keep up,  give themselves another chance to compete. In some respects, it’s rather inspiring to know the humanity behind the struggle to compete at the top.

Years ago in college, our cross country team smoked pot on weekends and enjoyed the hell out of it. Yet as a distance runner I did not want to compromise my performance due to the effects of smoke in my lungs. We had a teammate or two that completely ruined their talent by smoking too much pot. One runner was a step away from placing All-American freshman, but his prodigious pot smoking effectively ended his running career. He never made the varsity again after his freshman year. People can claim all they want that marijuana is somehow not an addictive drug. All I know is what I’ve seen and witness in other people. Some can handle it while certainly others cannot.

There are many factors that determine how human beings respond to different types of drugs. It’s the classic “nature vs. nurture” dilemma. Some people do respond well to certain prescription medications while others suffer horrid side effects. During the long years of stress while serving as caregiver to a wife with cancer, my own short test with an anti-depressant called Zoloft turned into a near panic attack. Drugs such as Lorazepam and others had no such side effects.

To read a compelling tale of power and risk with drugs you should read the book Duel In the Sun , a chronicle of the separately inspiring paths of Dick Beardsley and Alberto Salazar. Those two runners fought to the finish line of a brutally hot Boston Marathon that essentially sent their running careers up in a puff of smoke. Their lives took incredibly different turns following that marathon. Beardsley became a farmer. Thanks to a horrid accident with a piece of unforgiving machinery, he became addicted to painkillers after a stay in the hospital to treat his injuries.

By contrast, Salazar tried to continue his running career but was stymied by a sense of illness that ran through his entire being. He was ultimately diagnosed with clinical depression. Ultimately the drug Prozac helped Salazar deal with his condition.

Thus the struggles of Salazar and Beardsley had opposing paths in that Beardsley had to rid himself of drugs while Salazar benefitted from a prescription of anti-depressants. It goes to show there are no hard and fast rules when it comes to drugs. Legal or illegal, they can be both a blessing and a curse.

Which brings us full circle to the use of drugs to enhance performance. That brand of illegal activity seems to cross all ideologies. Some people will do almost anything to win, and un pro sports such as baseball, we’ve witnessed drugged up sluggers like Sammy Sosa and Mark McGwire battle for the home run championship. Fans thrilled to the sight of baseballs flying out of the park. America’s game was hopped up on testosterone-fueled excitement and loving it. The fantasy was only destroyed when it was learned that both players were cheating by use of steroids to increase their speed and power at bat.

Cycling has also had its large share of dopers, the most famous of all being Lance Armstrong. But there were many others doping at the same time Lance ruled the cycling world.  and track and field as well. In the sport of triathlon, there have

The sport of track and field has long been scandalized by doping. Yet strangely, in the sport of triathlon, there have been  very few athletes caught doping. That doesn’t mean it isn’t happening. Triathlon apparently has too little out-of-competition screening to reliably check whether performance-enhancing drugs are being used to increase stamina and power.

It is too easy to dismiss drugs from marijuana to steroids and say, “All things in moderation.” Athletes like to push the limits, and that quite often applies whether they’re getting stoned or pushing iron to get stronger.

The trouble with pushing the red line is that things can and do blow up in your face sometimes. And then those dreams of glory go up in smoke.

Christopher Cudworth is a content producer, writer and blogger with more than 25 years’ experience in B2B and B2C marketing, journalism, public relations and social media. Connect with Christopher on Twitter: @genesisfix07 and blogs at werunandride.com, therightkindofpride.com and genesisfix.wordpress.com Online portfolio: http://www.behance.net/christophercudworth
View all posts by Christopher Cudworth →
This entry was posted in running, triathlete, triathlon, Uncategorized. Bookmark the permalink.