The importance of honesty once the race is done

Posted on October 3, 2016 by Christopher Cudworth 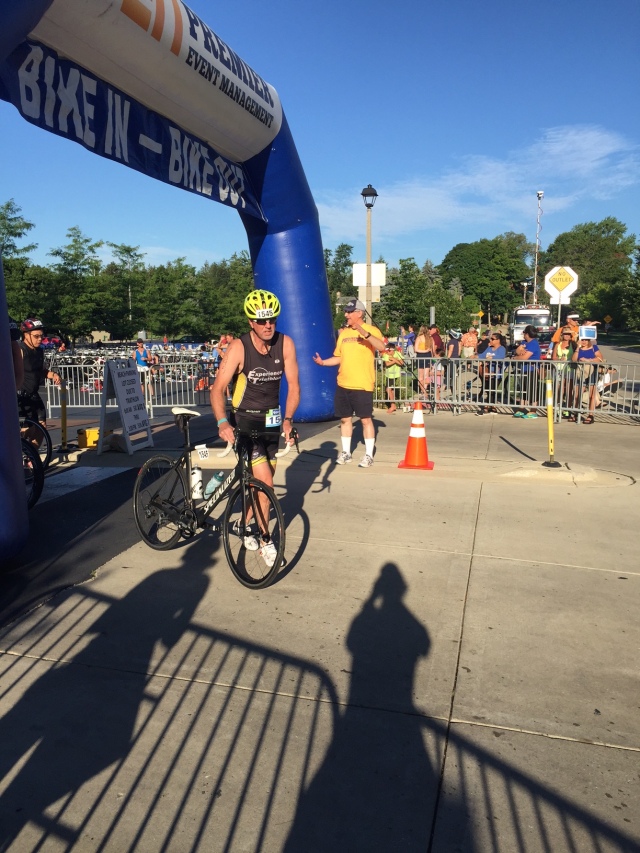 The minutes following a race are some of the most vulnerable yet empowering moments in your life. There is empiric data to consider. How fast did you go? If you are a triathlete, that is a manifold question compounded by the strange reality of transition times. What took you 1:30 to change or God Forbid, three whole minutes in transition?

So you walk around in circles a bit while nodding at other athletes doing pretty much the same thing. Perhaps a sweaty hug is exchanged with someone you know, or family comes to greet you. But your mind is still racing through the excitement, challenge or difficulty of what you’ve just done.

That means you’re not quite ready to talk about anything. Your head is still spinning and you might be breathing hard from trying to kick it in that last 800 meters.

But within five minutes the rush of adrenaline or profound fatigue usually wears off. Then you begin to converse in your own head and with others about those moments in the race that were decisive. Perhaps it was a bike uphill against the wind or a jammed turn around a buoy. Maybe your legs were jelly at the start of the run. Maybe you felt great, or just didn’t have it that day.

Through most of my career, I focused on running as a primary sport. The moments after the race were spent analyzing very specific feedback on pace per mile. If the goal that day was 5:10 per mile, and the middle miles turned out slow, I focused on mental preparation and how the course was laid out. If there were multiple turns or a hilly route, then pace lags were perhaps forgivable.

Lacking those excuses, it all came down to whether thoughts such as motivations, goals and target times were clearly communicated to the body. Did you work through the fatigue when it hit? Or did you give in?

In any endurance sport, the ultimate joy in any race is the thrill of achieving negative splits. That means going faster the second half of the race than the first. When that happens, and you actually speed up rather than slow down, there is a tremendous feeling of triumph and achievement. It can happen in the swim, the run or the bike.

It takes honest to assess that. Perhaps you and your coach are the only people who can accurately assess that. And then new questions begin, such as, are you affirmative of your effort or is there negativity that persists? Did doubts carry through from the start to the finish and beyond? Are you able to find positives even if the overall race effort was less than you hoped to achieve?

It is possible to be too hard on yourself. There is also a tendency in all of us to beg compliments even when things have gone well. When someome tells you “Good job!” and you say “I could have done better!” what sort of message does that send?

The worst situation is the ‘WOULDACOULDASHOULDA’ mentality in which the thoughts after every race turn to excuses about what could have gone better that didn’t. That is a dangerous trap because it makes it too easy to justify why you failed rather than determine where you need to work harder in order to do better the next time.

Simply put, this means controlling your mental analysis both during and after the race. Rather than “I could go faster” you can focus instead on “This is what I need to do to go faster.” It might mean finding a downhill on which to increase your pace and then keep it going. It might mean working up a hill that you would otherwise back off, then have confidence that the fatigue will wear off in a bit and get back into your groove on the flat.

These are the practical analyses that all of us must adopt in order to make progress in any of the endurance disciplines. If your swim stroke falls apart in the kick during longer races, then it pays to acknowledge that problem in your post-race review and talk yourself into working harder on that during your training for the next race. Telling yourself “I could have gone faster” is a much different mental dialogue than “My kick still needs work because I depend too much on my stroke and tire out.”

If this all seems too subtle to worry about, then you don’t know yourself well enough as an athlete yet to understand what it takes to improve. The moments after a race are filled with both honest and dishonest thoughts about what you’ve just gone through. Learn to identify and choose the honest thoughts. Then take that with you after the race. Honesty is not just the best policy as an endurance athlete. It is the only thing that matters in the end.

Christopher Cudworth is a content producer, writer and blogger with more than 25 years’ experience in B2B and B2C marketing, journalism, public relations and social media. Connect with Christopher on Twitter: @genesisfix07 and blogs at werunandride.com, therightkindofpride.com and genesisfix.wordpress.com Online portfolio: http://www.behance.net/christophercudworth
View all posts by Christopher Cudworth →
This entry was posted in cycling, triathlon, Uncategorized and tagged honesty, post-race analysis, the importance of honesty. Bookmark the permalink.