Is drinking Coke an acceptable thing for those who run and ride?

Posted on May 5, 2015 by Christopher Cudworth

One of the first real dietary tips given by my cross country coach was simple: “Stop drinking soda.” That was back in 1972. Our coach sensed there was something bad in colas. He believed, for one thing, the carbonation contributed to sideaches. Possibly that phenomenon, which I experienced directly over the years of ignoring his advice, was the acid nature of the drink.

Whatever the truth behind his concerns, we largely abided by his advice not to drink Coke or ingest a ton of eggs during the season. These he suspected of introducing too much sulphur in the system. Another possible cause of sideaches? He also advised against fatty foods and eating donuts too.

That somehow did not stop me from accepting a small gift of a Cherry Coke and a chocolate-covered donut every morning before doing my paper route. It somehow seemed like those little vices did not count against the dietary advisory of our coach. After all, I ate them so early in the morning (5:30) they could not possibly be damaging to my system the rest of the day.

It seems we all make these dietary compromises in some way. Which meant that I developed a Coke-A-Day habit all through college and those 90-100 miles weeks. Somehow my system survived.

And then I read that Olympian Frank Shorter ingested flat Coke during his 1972 winning marathon. It runs out the deep sugar in Coke is a fairly good carbohydrate replacement. Minus the fizz, Coke is used by runners. Cyclists like Chris Horner have been known to crave a Coke during all those miles

in the Tour de France. At that level of energy expenditure, it doesn’t matter what you shove into your system. Calories reign supreme. If it tastes good to boot, and takes your mind off the suffering with all that fizzy happy taste of Coke, then all the better.

So Coke has a mixed history on my life, and it is likely true for many others as well. We love to work out and watch our diets, yet treats like this are a dose of temptation in a can, a bottle or a cold glass filled with ice. Coca-Cola is an evil sweet bitch of a drink. You can live without her, but you don’t really want to.

Jack and Maker’s and Coke and Rum and so on…

One of my favorite late night beverages is whiskey and Coke. Maker’s Mark. Jack Daniels. All subtle variations on a theme. Alcohol and Coke just go together.

It helps that Coke comes from a tradition of cocaine-laced beverages popularized in the late 1800s. The official Coke history doesn’t mention this colorful tradition but it is apparently true. But who needs cocaine when you can legally insert caffeine, another powerful stimulant, into soft drinks. That’s how it developed and the world has been abuzz with the love for Coke ever since.

That caffeine thing caused a long break in my own Coke habit, as it were. Sometime in my early 30s I kept having prostate problems. My family doctor gave me the finger check and learned that my prostate was inflamed. “Let’s try quitting caffeine,” he suggested. “How much coffee do you drink?”

“Well how about soft drinks? Do you drink those?”

“Just one can of Coke a day. Sometimes Pepsi. Not much,” I offered. “My coach once told me to stay away from the stuff.”

“Well let’s cut it out and see what happens.You should also have frequent sex,” my doctor told me.

“Can you write me a prescription?”

So I quit drinking Coke. Again. Just like back in high school. For two solid weeks I had caffeine withdrawal headaches. That’s how sensitive I was to caffeine. Yet my prostate problems did go away. I was sold on the idea that Coke and other caffeinated products were the source of my prostate discomfort. 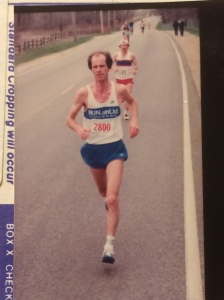 But let’s go back to the Coke issue for now. Because I really did have a bad experience with Coke and running. While prepping to compete in the 5000 meter track race in the inaugural Prairie State Games, the University of Illinois cafeteria was opened to the athletes for three meals a day. It was hot that summer, and every day for lunch and dinner I downed a few Cokes. This was not in my normal meal plan.

The gun went off and my goal was to stay with two superior runners through at least two miles. We passed through in 9:28 and suddenly a deep sidestitch started on my right side. Within a lap it bent me over. The medics pulled me off the track and dumped me into a wheelbarrow full of ice. It may have simply been heat prostration that caused the DNF, but to this day I blame all that caffeine in the Cokes I’d been drinking.

It actually happened many times over during my career that too much caffeine in my system brought me to a halt. It happened with Turkey Hill Iced Tea, which is rife with caffeine. I kept getting sidestitches and mentioned this to a South African doctor with whom I trained. He took one long look at me and asked me about my diet. Then he sputtered out his advice. “Quit drinking the fucking tea!” he nearly shouted.

And I did. And the sidestitches went away. Doh! 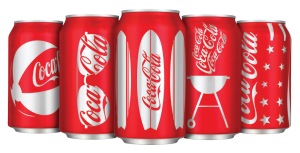 After my own family doctor warned me that caffeine was the enemy in more than one way, I became a zealot for the anti-Coke habit. I told many of my friends about the relationship between a bad prostate and too many soft drinks. I even shared my anti-caffeine knowledge with female friends who admitted they had yeast infections or candida*. I was out to save the world from bad scenes Down Under.

*This would appear to have nothing to do with the pop song Candida by Tony Orlando and Dawn, but you never know. Most of his music was so saccharine it could probably cause diabetes or cancer.

Some spritely time away

So for 20+ years I did not drink Coke or any other caffeinated beverage. All was good with the world “down below” and also my diaphragm. I avoided Coke and settled for that awful thing known as Sprite, which is pretty much sugar with bubbles in it. Yuck. Sprite is the default beverage in any soda machine where the rest of the products contain caffeine. I learned to hate the stuff. Sprite sucks.

But about two years ago the old Coke habit snuck up on me. I noticed while out drinking socially there were no ill effects from having caffeinated Coke with whiskey. Then I tried drinking a Coke without whiskey in it. No problem.

So I began sneaking the occasional Coke into my diet. Then I purchased Caffeine-Free Coke at the supermarket. This was a wicked way of tricking my body into Coke-aholism. It’s the sugar, you see. It tastes like our best friend in the whole world.

Which is why it is so weird that we like to deceive ourselves into the idea that Coke is a harmless fun drink that never hurt anyone. Even some dietitians will probably tell you it’s fine to have a Coke or two when you’re training like crazy, but not when you’re in the zone of recovery or trying to watch your weight. We love these innocent-sounding lies because they give us room to play. So much of life is discipline and sacrifice for those who run and ride. What’s an occasional Coke going to do to destroy all that goodness? It’s one of the tarsnakes of running and riding that we believe our good habits will provide a countermeasure to the bad ones.

There really are plenty of other reasons not to drink Coke beyond the sugar and the caffeine. The website KillerCoke.org has nothing good to say about the phosphoric acid in Coke or the Aspartame in Diet Coke. These chemicals rot bones and are known carcinogens.

I’ve got about 10 lbs on my frame that appeared like Dark Magic over the winter. Recently while doing through prep for a colonoscopy it occurred to me that cutting out excess sugars would be a good idea. There is so much negative press about Coke that it should be obvious to all of us that quitting our soda habits could be the first best step to better health and fitness.

Yet there’s all that marketing and packaging and entire aisles at the grocery store stacked with giant bottles of soda. Truly it is insane that ENTIRE AISLES of soda are sold to the public every day. It’s like a massive sugary death wish if you think about. America’s obesity rates are through the roof. We’re a fat fuck race of soda drinkers whose sold purpose in the world, if you were to look objectively at the ratio of space in the grocery store, is to drink more soda and be stupid and happy doing it.

I once read a statistic in Harper’s Magazine that fascinates me to this day. It asked the question, “If all the Coca-Cola every produced were allowed to flow over Niagara Falls, how long would it run?

We’ll give you a few seconds to think about that. 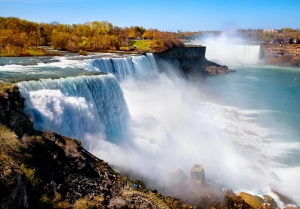 That’s all. That’s a testament to the natural yet strange phenomenon that is Niagara Falls. Because you know, they have the power in place to turn part of the falls off and on if they want to. That’s right: What you’re looking at with the Niagara Falls these days is somewhat of a man-made illusion. They can divert water away if they like. Not from Horseshoe Falls, perhaps, but it would have a significant impact on how we view that so-called natural wonder of the world.

It’s an apt analogy for the amount of Coke and other sodas flowing through our bodies as well. We could turn off that flow if we like. Yet somehow we enjoy the illusion of all that bubbly happiness flowing through our lives. It’s a wonderful deception if you think about.

But perhaps you’d rather not.

3 Responses to Is drinking Coke an acceptable thing for those who run and ride?