Cigarettes and chocolate milk and the challenges of temptation

Posted on October 15, 2014 by Christopher Cudworth 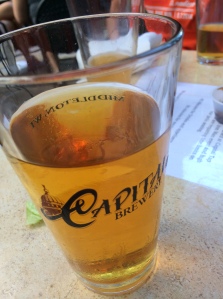 Admit it. The biggest challenge in your training isn’t the hard work it takes to get fit. It isn’t the pain you suffer from giving 100% effort. It isn’t even the injuries or the illness that make being an endurance athlete so hard. We run and ride and swim every day to resist…

That’s right. All that hard work and sacrifice you do to make yourself a better person can go up in smoke when temptation sets in. You cave to your cravings. Succumb to your own internal ravings. You’re tempted to go crazy.

But you’re not alone. Rufus Wainwright wrote a song about the dangers of temptation. It’s called Cigarettes and Chocolate Milk. Here are the lyrics:

Cigarettes and chocolate milk
These are just a couple of my cravings
Everything it seems I like’s a little bit stronger
A little bit thicker, a little bit harmful for me

If I should buy jellybeans
Have to eat them all in just one sitting
Everything it seems I like’s a little bit sweeter
A little bit fatter, a little bit harmful for me

Oh Yeah. Now we’re getting somewhere aren’t we? Temptation takes you down so fast it’s like an unfair fight in the UFC. First you take a hit to the stomach. Then the brain follows. Finally temptation kicks you in the vag or the crotch. You’re going down for the count…

And then there’s those other things
Which for several reasons we won’t mention
Everything about ’em is a little bit stranger
A little bit harder, a little bit deadly

Hang in there. The best is yet to come, so to speak. We stay up late. Fuck ourselves silly. Skip a shower. Drink too much beer, wine or spirits. Eat till we almost puke from comfort food. Participate in events that demand ever more of our bodies and souls.

Sitting here remembering me
Always been a shoe made for the city
Go ahead accuse me of just singing about places
With scrappy boys faces, have general run of the town

And how do we resist all these vices and stay strong for the cause of primal fitness? We add a workout here. Join a gym there. Buy gear for the basement and pedal like furious beavers all winter on Computrainers. We invest in $5000 or $10000 bikes. Or stare at screens and heroes in Kona, Berlin or Brazil 2016. Somehow through it all we try to keep an equilibrium but never seem to break through to total freedom from temptation.

Playing with prodigal sons
Takes a lot of sentimental valiums
Can’t expect the world to be your Raggedy Andy
While running on empty, you little old doll with a frown

We find religion, or make one out of the activities we do. Sunday morning workouts replace Sunday meeting clothes. We pray for results and curse God if we don’t get them. Even the Lord’s Prayer tries to help us resist, “And lead us not into temptation….but deliver us from evil…”

Even Dorothy had to run a marathon to get to the Emerald City. Follow the Yellow Brick Road and all that shit. Along the way she was tempted and torn by the whims of her companions. One wanted a brain. Another a heart. And Oh, That Courage! It takes Courage to resist temptation! That’s the ticket!! 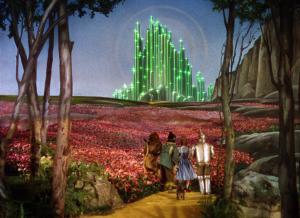 It was a long journey down that winding road indeed. But Dorothy finally melted the Wicked Witch with just a touch of water. That’s all it took. The lesson here is that simpler is better. If you quit drinking Cokes and drowning your sorrows in too many cookies there’s hope for you now. Stay hydrated. Count some calories, or at least keep your meal browsing to a patient pace. Let the food sink in. Do some yoga and eat some yogurt instead of stretching to reach the Cheezits and indulging in a licorice trance.

Still there’s not a show on my back
Holes or a friendly intervention
I’m just a little bit heiress, a little bit Irish, a little bit
Tower of Pisa, whenever I see ya
So please be kind if I’m a mess

Cigarettes and chocolate milk. If those are your “after” you’re probably like most of us. A little bit smart and a little bit stupid about giving in to temptation.

But who knew that chocolate milk was going to turn out to be good for you? Does that mean Nestle’s Strawberry Quick is just as good? Or a Swisher Sweet when you complete a triathlon?

It’s so hard to tell temptation from a celebration. Seems like we’re all a hot mess when it comes down to temptation.

Meet you at the bar after the workout. Let’s do wine after a trip to the club. It won’t hurt to stop at Dairy Queen on the way home from the track.

Cigarettes and Chocolate milk, indeed. It’s one of the tarsnakes of existence that temptation is the thought process that makes us both more interesting and a lot more fat.

Christopher Cudworth is a content producer, writer and blogger with more than 25 years’ experience in B2B and B2C marketing, journalism, public relations and social media. Connect with Christopher on Twitter: @genesisfix07 and blogs at werunandride.com, therightkindofpride.com and genesisfix.wordpress.com Online portfolio: http://www.behance.net/christophercudworth
View all posts by Christopher Cudworth →
This entry was posted in Christopher Cudworth, cycling, duathlon, half marathon, marathon, running, swimming, Tarsnakes, triathlon, We Run and Ride Every Day and tagged Bible, cigarettes and chocolate milk, deliver us from evil, duathlon, finding religion, giving in to temptation, lead us not into temptation, Lord's Prayer, rageddy andy, raggedy anne, rufus wainwright, Running on Empty, temptation, triathlon. Bookmark the permalink.