Washed out but not up

Posted on August 13, 2018 by Christopher Cudworth I’m still new to triathlon in many respects. But like so many (other) things in life, it is sometimes the early experiences that teach us the most.

For example, the first time I tried racing bikes in a criterium, I stuck with the main bunch through a lap or two and thought I was in a good, respectful spot at the back of the peloton. Then riders in front of me began peeling off en masse. These were guys that had shot their wad and had nothing left to give.

I watched the carnage for a few seconds and suddenly found myself twenty yards back from the pack going into a straightaway. At that moment I should have sprinted like made to catch on. Instead I said (and this was the rookie mistake) “Be calm and catch up over the next lap.”

The pack quickly pulled away and I was left to pedal the rest of the entire race on my own. Lesson learned. Catch on right away or give up all hopes.

Out of control conditions 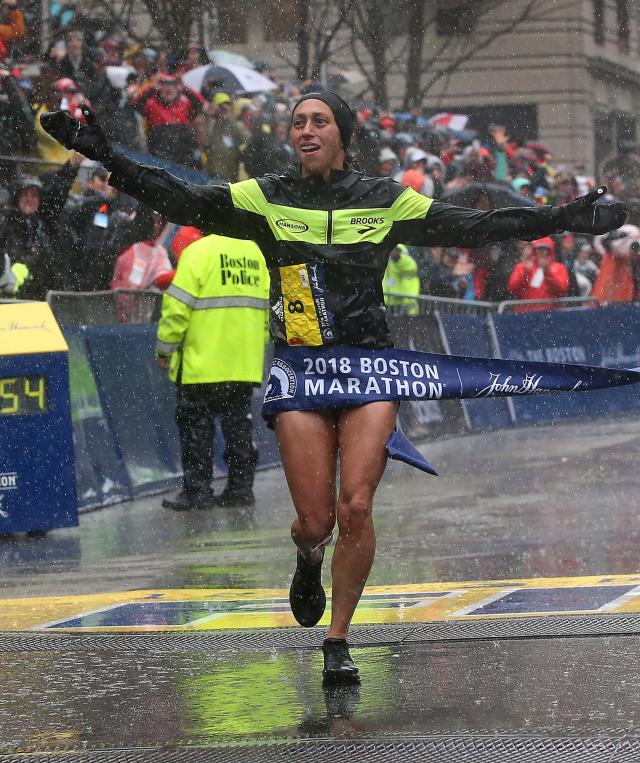 But that lesson was about racing tactics, not race conditions. Last spring’s Boston Marathon was a wet, cold, sleeting mess of a race because the spring weather turned things into a chilly hell for all enrolled in the race. The dream of competing in the Boston Marathon was turned into a nightmare of trying to finish the race.

Even the women’s winner Des Linden was going to quit at six miles or so. But true to her steady form, she stayed in the race, got into a groove and wound up winning the thing.

I’ve run in similar conditions. We once did a three-hour run in 43 degree temperatures on a January day in southeast Pennsylvania. It rained the entire way. I weighed 140 lbs at the time with 3% body fat. All I wore was a long sleeve tee and a tee shirt over that. And shorts. All were soaked through. That was a hard day.

But few conditions are more daunting than a choppy lake and an open water swim. This past weekend’s Maytag Steelhead Half Ironman offered up a breezy morning and waves tumbling onto the shore at two feet tall. 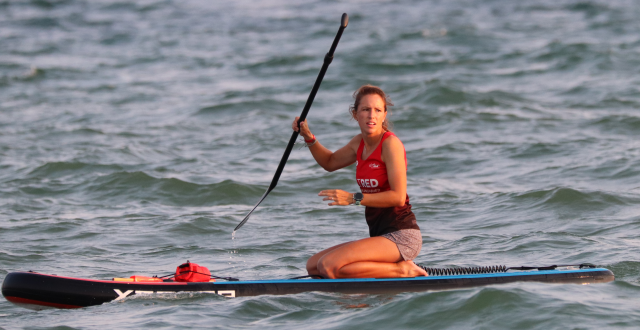 The pros and age-groupers all took off into the chop and those of us standing on shore were left to imagine what conditions were like out there. After the race, I spoke with Amanda Marek, a top-level age grouper and victor in several state-level triathlons last year. She’s just coming off an arm injury that required surgery, but if nothing else, the young woman is a competitor. Her take on the swim portion of this past weekend?

“That was the scariest experience of my life.” She still finished in 4:50. Yeah, baby.

Then there are the studs who don’t seem to let anything daunt them. This guy emerged from the surf looking like a freaking god. You are very welcome ladies. Thank me later for the visual orgasms. And still, the water was not wetsuit legal, and for many less godly competitors that meant staying safely on shore. “You could give me ten wetsuits and I wouldn’t swim today,” said one woman while firmly ensconced on shore. Her family laughed. 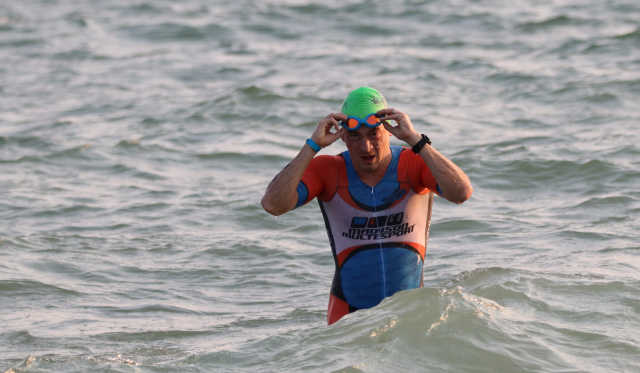 Those who dared the surf did so with resolute will. Here Madison Multisport coach Steve Brandes pops up in shallow water at last.

The conditions in the water still shook the daylights out of people swimming through a chop worth of the Maytag name affixed to the race. It looked like a washing machine out there and from all reports, it felt even worse. Some took the safe way back. My wife emerged from the water with a big bruise on her face and a loose contact lens inside her goggles. Standing on shore, she reorganized her physical self and her wits, then trotted off to ride the bike.

So it was a case of being washed out but not up for many competitors. We all have our days when conditions whack us good. Some of it is random luck, good and bad. One day goes great in the heat. The next time, cooked. Or the swim goes well and the bike sucks. Or the bike goes great and the run, not so well.

It’s a relatively rare thing when we don’t wash out a little in some aspect of the triathlon. But catch a wave and you’re sittin on top of the world.

May you all catch the wave of your dreams.