To the top of Ceasar’s Head and back 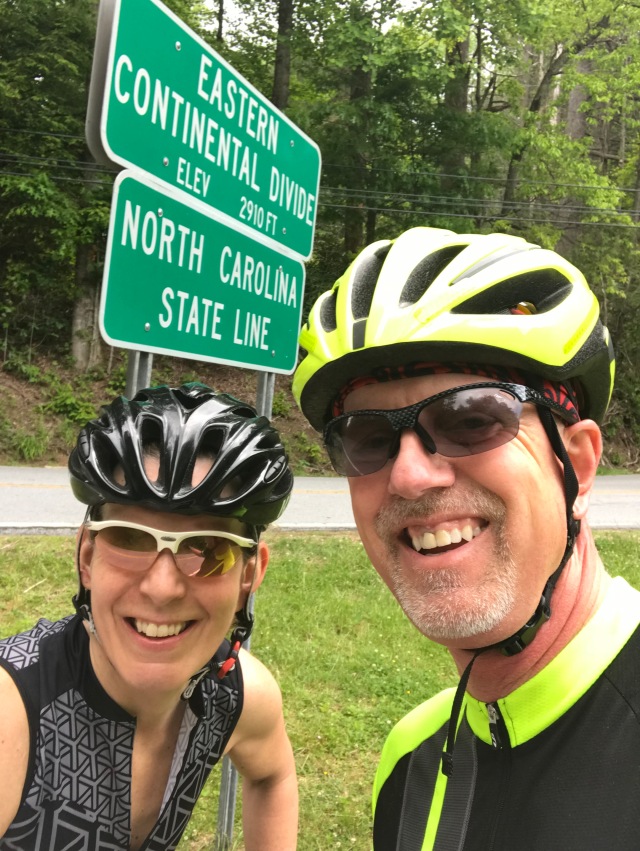 Day one of our training vacation in North Carolina saw us cross the eastern Continental Divide and ride back down to Brevard. The climb up Ceasar’s Head State Park consisted of five full miles of climbing  The entire ride saw 5000+ feet of elevation gain.

So it was tough going now and then. And yet the last 10 miles from the state park to the  town of Brevard were some of the most merciful miles I’ve ever ridden. The roads were smooth if a bit curvy at times. The drop in elevation was most welcome. And the dose of salt that had been shared with me atop the mountain coursed through my system with a welcome effect.

It was warm out there at points today. I hydrated well and ate as much as possible. Yet even the salty meat stick and dose of cheese did not hold me past the climb. Another rider had pulled over dizzy and ready for the SAG wagon. She held out a tube of salt and a lick of the finger made it wet enough to take a little circle of salt. For the road.

And darned if that didn’t seem to help immensely. I felt better on the flats than I had some 20 miles earlier. This is a lesson that has been learned several times over on long summer rides. It’s about time I bought my OWN salt and made it part of the recipe for my success.

I’ve done some long climbs before. Riding west of Madison, Wisconsin there are several notable gnarly hills that can sap the life out of your legs. Climbing the road to Blue Mound State Park is probably the prior record, which involves some 2000 feet of climbing.

But that’s still nothing more than a lump in the driftless region. Here in North Carolina there are Appalachian mountains that seem to find their way in front of you with some frequency. I looked at the Strava stats and averaged between 4.6 and 6.2 mph up the sections of that climb. The actual Caesar’s head climb in total was 6.5 miles and it took me 1:22 to complete. There are thousands of ascents and the record is held at 25:59 by one Chris Butler. He rode an average of 14.3 mph.

There are some strong riders in our group of 20 or so here in NC. One gal named just finished sixth in the Pro category overall at Chattanooga Half Ironman. She had plenty of company I guess going up the hill.

A League of Our Own 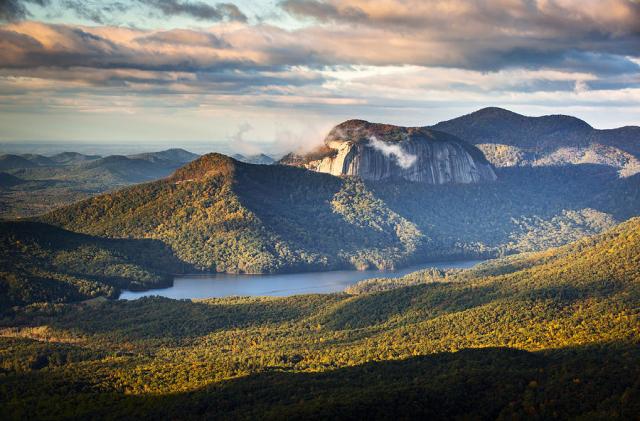 So Sue and I are trailing the pack somewhat. But we finished our sixty miles strong while a group of five wound up in the SAG wagon toward the end. I’m the oldest participant here by about eight years, and I think that’s Sue. There are some fit young athletes lolling around between rides, and I’ll admit to some stress and tension during the first thirty miles of the ride today. As a Middle Child, I felt guilty rolling up to meet the crew as they stopped to wait for us. That made me crazy for half the ride.

That response is the combination of wounded ego and an anxious mind. Who doesn’t want to feel like they want to keep up?

Yet it was interesting to hear that Pro triathlete lament that she’s feeling the effects of turning thirty years old. The “baby” of the riding crew is 25 years old, and she wound up dizzy and holding a stiff back at the top of Caesar’s Head.

Others at the table chewed on the problem of age a bit, and someone said “Wait until you hit forty.”

And I kept my mouth shut. Because it’s hard enough riding without admitting to everyone in the room that you’re a full sixty years old and going on sixty-one in two months. There’s enough drama in my head already. Perhaps my age will emerge eventually, but it doesn’t pay to make it an issue on its own.

I made it through sixty miles in the hilliest country I’ve ever ridden. We even slid down into South Carolina, the first time I’ve ever been to that state. So we stopped to pose for the photo at the south end of the North Carolina and the continental divide.

Tomorrow is another day in the saddle. Getting up these hills is all in the pedal stroke. One revolution begets another.