It dawned on me this morning that I have no idea how most other people in the world arrange their socks. That seems like a fair topic in the age of “life hacks” that are supposed to make our existence more efficient and less frantic.

There is a part of me that has always appreciated the value of organizing a sock drawer. Way back in the early 1980s, when I was trying to impress a girlfriend with the idea that I had my life together, I organized my sock drawer before she came over to visit. While taking a tour of my apartment, I proudly showed opened the top drawer of my dresser to show here the rows of running socks I’d placed in position as if they were a work of art. Something about that display must have worked. We dated for almost a year.

But here’s the thing about sock drawers. It’s all well and good to organize them. But then it takes work to keep them organized. That’s where I often fall down on the job.

For one thing, socks are hard to track through the laundry cycle. And socks get lost. Jerry Seinfeld did a great comedic bit about how you can lose a sock while doing laundry and then check the washer or dryer. Often you’ll find the missing sock pressed against the back wall of the washer or dryer like a torture victim. It has this stressed look on its socky face as if to say, “I’m sorry! I didn’t try to get stuck here! The spin cycle made me do it!”

So it happens that some socks get lost. They are sneaky little buggers and fond of all sorts of tricks. Foremost, they are quite often found behind the washer or dryer. When grabbing laundry out of the dryer, the bulk of those clothes often forms a mass that is difficult to handle. That’s when socks fall off the back.

Somehow, certain socks always seem to disappear into the void. Either they conspire to join other socks in that linty zone behind the dryer or they cling to other clothes and wind up lost in the tee shirt drawer for weeks until you pull one out and go, “Oh, there you are.”

That is still better than finding socks behind the dryer. Those connections and plugs seem to collect every form of household detritus and dust known to earthly existence. When you recover a sock from there, it usually requires another washing. Or else you have to shake and brush off dryer lint and maybe spider webs before putting the sock back into the wear cycle. In any case, it is gross.

I own perhaps twenty pairs of athletic socks in one form or another. Cycling socks are generally thinner and colorful. Running socks are either white, like my favorite Thor-Los, or some form of grey with patterns built in. I put all these socks on one side of the drawer where I keep them. Currently they’re in the bottom drawer. I don’t know why. Perhaps it’s because they’re down by my feet, but I don’t know for sure.  I actually haven’t thought about the reason until now. I used to keep them in the top drawer, and can’t remember when that changed.

But let’s get to some other important stuff, like how to properly fold a pair of socks.

Because it seems there are other issues that I should attend before considering what height drawer my socks should occupy. Take a look at this blog called Sockdreams.com, which focuses on techniques for folding and storing socks.

I have to admit that cutting up that cardboard to make little sock drawers within the bigger sock drawers is rather tempting. I’m no neat freak by nature, as you might have surmised. But why miss out on the pleasures of coming to your sock drawer and finding them all snuggled up like puppies in a dog bed?

Even Martha Stewart (of course) offers a video on best techniques or sock folding and storage. But I bet Martha Stewart even tells you to fold a used condom before throwing it out. And I’m just not that into being neat. You have to draw the line somewhere.

The reason for all this concern about sock organization is simple. It’s a lot easier to get ready for work (or a workout) if you don’t have to hunt down your socks. There are enough other gear choices you have to make without having to shuffle through a sock drawer trying to match a pair of running or cycling socks. That can be so frustrating I have been known to say “screw it” and not work out at all. But usually I persevere.

Still, the choices are sometimes not easy. I have a penchant for wearing socks of the same general age as well as color. If there are six pairs of Thor-Los in my sock drawer, it matters to me if one is bright white (and new) while the other is thinned out and gray from years of washing. I feel unbalanced if two socks are the same, but not the same.

OCD for my ABCs

Is that OCD? Well, tough tooties. We’re all allowed to have our quirks. I’m pretty sure I’ve written about the period a few years back when I actually put letters such as A, B and C on my sock pairs. That earned me some criticism and laughter from others in the household. But the method never worked anyway. I’d wind up wearing an A with a C and go out feeling unbalanced anyway.

This is all complicated by the fact that my athletic wife also has many pairs of socks to sort. Thus when our laundry is dumped out on our bed for sorting, it means tossing her socks into one pile and my socks into another. Sometimes they’re so similar I have to stop and think, “Are these mine or hers?”

Sock it to me

Fortunately we do not wear similar underwear. But that is my favorite part of doing our joint laundry. Sorting her panties into small piles is quite enjoyable to me. It’s a nice little break from the boredom of sock sorting to pick up some little set of drawers with a pretty pattern and lace trim and drop!! them into the panty pile with that little thrill that goes through my head of her wearing them. I make no apologies for that. Not. At. All.

I don’t have a panty fetish because I have enough hobbies to keep me busy. But some people do have a foot fetish. It’s quite likely that socks play some sort of foreplay role in that desire. If you are one of those people, you might want to check out the website for TheSockDrawer.com. There are plenty of colorful games waiting to be played on that site. 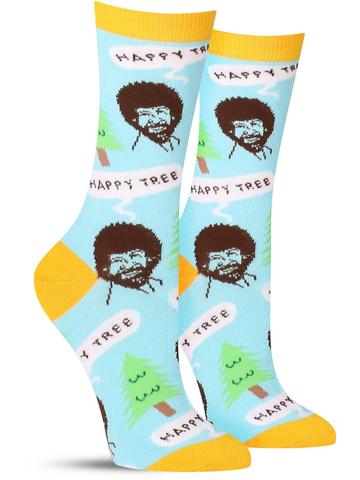 All this thinking about socks and underwear makes me wonder which is the more intimate garment after all? Do socks or underwear claim the title of Most Intimate apparel?

I suppose the covering of genitals wins most of the privacy issues. But you know, toes are a pretty important body part to runners, cyclists and swimmers Thus we place a lot of trust in our socks to protect our feet, or otherwise, they’re fucked. So it sort of balances out.

Everything else is show

So in some odd respect the whole sock drawer organization thing is about prioritizing our needs and taking care of some things that really do matter.

And whether you take the Martha Stewart route or simply toss all your socks in a drawer the best way you can, it’s all about finding them when you need them. Everything else is just a show.

Christopher Cudworth is a content producer, writer and blogger with more than 25 years’ experience in B2B and B2C marketing, journalism, public relations and social media. Connect with Christopher on Twitter: @genesisfix07 and blogs at werunandride.com, therightkindofpride.com and genesisfix.wordpress.com Online portfolio: http://www.behance.net/christophercudworth
View all posts by Christopher Cudworth →
This entry was posted in cycling, running, triathlete, triathlon, triathlons, Uncategorized and tagged folding socks, foot fetish, how to properly fold a pair of socks, losing socks in the dryer, martha stewart sock folding, OCD for my ABCs, panties, panty drawer, panty fetish, sock drawer, sock folding, sock it to me, socks behind the dryer. Bookmark the permalink.