It’s all about revenge

Posted on March 28, 2018 by Christopher Cudworth 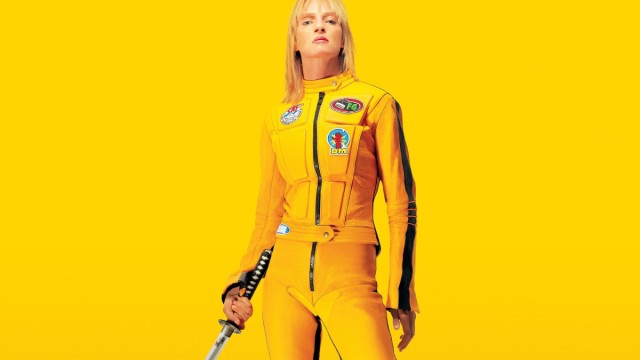 Following a late meeting last night, it was hard to get to sleep when I got home. So I toggled back and forth between a pair of movies on cable. They were right next to each other on the channels, so it wasn’t hard to do.

The first flick was Kill Bill Vol. 1, a Quentin Tarantino saga that like most of his movies revolves around some form of revenge. In this case the movie starts with a horrific mass slaughter in which a bride named Beatrix Kiddo and her party are shot to death at a wedding in a small Texas church. Gun violence to get the heart of the tale going. It’s the American Way.

The assassination attempt is an act of jealousy executed by a mysterious character named Bill a former lover who is angry with the woman he loves because she has given up her life as a paid assassin to settle down and lead a normal life. So Bill sends a team of assassins to wipe out the entire wedding party.

In her recovery from the murder attempt, the erstwhile bride lies comatose. A chauvinistically sick male attendant sees opportunity in her condition, and uses her for sex. It all serves as coarse symbolism for the manner in which so many men choose to treat women as a sexual and dispensable object. (Stormy Daniels anyone?) But the serial rapist pushes his “luck” too far when he decides to rent the comatose body of his victim out for cash to another craven suitor.

Because that’s when Beatrix begins to emerge from her comatose state. She desperately grasps enough awareness to wake up and bite off the rapists lip and dispatch him in a pool of blood. Snatching a knife from his belt she lies in wait on the floor. Her own legs will not yet work. Get that wicked bit of satire? She can’t just walk away.

To take down her next enemy, she slits his Achilles with the knife and then repeatedly slams his head between a metal door and its frame until he dies. It’s all gruesome stuff, but you really can’t blame the girl. It was gut-level revenge, and they clearly had it coming.

The other movie I watched was The Social Network. That’s the story of Mark Zuckerberg and how he created Facebook. The stunning part of movie was that Facebook as a “thing” only emerged in 2003. It’s only been that long? Well, that was fifteen years ago. Time flies when you’re Friending people.

One of the best lines in the movie actually helps explains much about how Facebook recently got in trouble and is being questioned about its loose policies on data scraping. All of this is still a fairly new phenomena. Social networks over the Internet didn’t even exist twenty years ago. The scene shows Zuckerberg’s partner Eduardo Saverin asking for permission to sell advertising on the platform. Mark Zuckerberg isn’t ready for that yet. He tells Saverin:

The fascinating thing about these two seemingly unrelated movies is that they both begin and end as tales of revenge. Beatrix Kiddo wants to kill the people who tried to assassinate her. Mark Zuckerberg wants to “kill” anyone who gets in his way. The Winklevoss twins want financial revenge against Zuckerberg for ostensibly stealing their idea from them. Eduardo Saverin wants revenge for being cut out of the deal as Facebook grew into a giant company.

So this all revenge-seeking begs the question in all of us: Have you ever sought revenge in your life? If so, what were your motives?

I know that I wanted to seek revenge at one stage in my life. As a competitive kid, I never liked to lose. As a sensitive kid whose feelings were easily hurt, I also didn’t like how the world treated me on a number of fronts.

And I’d been psychologically bullied starting in grade school. Some kids were always tormenting others. I remember one kid kicking my band instruments in front of the bus just as it was pulling up to the stop. By the time I reached sixth grade, I started getting into fights to prove how tough I was.

Some of that ‘fighting the whole world’ stuff likely emanated from a cycle of anger within my family. My father thumped all us brothers and was prone to fits of anger. Together all these circumstances led to something like a desire for revenge.

So we all poured energy into sports. It was a great release for energy and also for anger. If we sought revenge on anyone, it was through winning. That’s a most healthy response for the most part. So we played basketball and baseball and soccer. All of us excelled in our way. But for me, it all eventually came down to running. Revenge is sweet when you do it with your own two feet.

Through fifteen years of hard competition starting in middle school and extending through my late twenties, running was the mode I used to dissipate anger and deal with the depression and anxiety that slots into my genetics.

Yet after all those years, I still woke up in the middle of the night at age 29 pounding the pillow for some unknown reason. So I thought deeply about it, and came to the realization that in my past there was a single moment of fear and anger that drove my desire for revenge on the world. Much of it stemmed from an incident at the tender ago of seven when something in me broke inside at the sight of my brothers being thrashed by my dad for some act sort of insubordination.

Once that realization surfaced, real healing could begin. It certainly did not happen overnight. Getting rid of anger and the desire for revenge against evil forces in this world takes time. Thus the journey of Beatrix Kiddo from a near death experience to exacting sweet revenge and liberation feels familiar in some respects.

For other people the journey of revenge and proving themselves gets funneled into business, or making money. At least those are largely constructive endeavors. But not always. We’re all witnesses to the antics and rage of a man who wants revenge against anyone that wrongs him. But I’ll admit that I get that. I get the motivation. The inner rage. The sense of being wronged.

But along the way, healthy people ultimately recognize that revenge is not what life is really about. Or at least it shouldn’t be.

The opposite of revenge

But sometimes you also have to fight for love in this world. To keep it alive. To foster it  and help it stand up against the forces of evil. These include jealousy, revenge, fear, prejudice and distrust.  Each of these drives so many actions and responses in this world.

And when all else fails, or you’re just too tired to fight any more, it pays just to go to bed and sleep it off. That’s what I did last night after a tough meeting that had my head spinning and kept me awake for a while. I let Beatrix do her thing and watched Zuckerberg snark his way through discussion with the lawyers. And I realized, “Perhaps I can’t solve all this in the moment.”

And the best revenge of all can be going to sleep.

Christopher Cudworth is a content producer, writer and blogger with more than 25 years’ experience in B2B and B2C marketing, journalism, public relations and social media. Connect with Christopher on Twitter: @genesisfix07 and blogs at werunandride.com, therightkindofpride.com and genesisfix.wordpress.com Online portfolio: http://www.behance.net/christophercudworth
View all posts by Christopher Cudworth →
This entry was posted in Christopher Cudworth, competition, mental health, Uncategorized. Bookmark the permalink.