Posted on February 22, 2018 by Christopher Cudworth 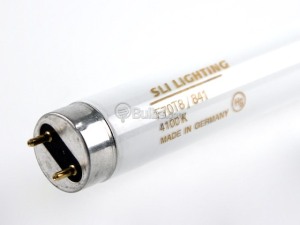 Heading into my senior year in college, I was desperate for a summer job when my best friend’s father offered me summer work as a janitor at a building called International Towers. It sat at the junction of Cumberland  Road and I-90 outside Chicago. From the roof of the building you could see downtown to the Hancock and Sears Tower. It looked like you could reach out your arm and drop a car right in the middle of it.

I had no idea that three years later I’d live in the middle of that hot mess in a shared apartment overlooking Clark Street. I was still so frightfully naive at that point in life I never imagined living in the city. But we did it. And I don’t regret it. That’s for sure.

Being naive was a lot of work as I recall. There was always some stupid mystery lurking around the corner. Still, I had managed to take a few steps toward maturity that summer. First I hired a barber to cut off the long, thick head of hair that had been my trademark for several years in college. Shaved the Lasse Viren beard, too. Got contact lenses and a tan and looked a bit more like I knew what the fuck I was doing in life.

And then I went to work as a janitor.

The Polish folks who worked in the building hated the fact that I was hired in place of one of their buddies. I saw them arguing with my friend’s father (who managed the building) at the entrance tabout a week after I started. He stood there stiff and sullen, listening to their complaints. Then he shook his head and walked back inside. “They’re pissed that I hired you,” he told me. “But don’t worry about it. That’s for me to decide, not them.”

So I came to work everyday and reported to a little wizened guy named Andy. I’ve told this story before on my blog. How he hated his job and his nagging wife. But Andy was a good man to me. And generally I was a good worker. Except for the day of the explosion.

I’d been told by someone (not Andy) to go pick up some boxes of fluorescent lights being discarded during a redesign of an office way up near the top of the building. They were long lights, probably 72″, and there were a dozen of them in each box. So I gathered them up on a cart and hauled them all down to the basement to get rid of them.

One-by-one I took the large boxes out and slid them into the trash compactor. When everything was unloaded, I walked out the door and hit the button to set the trash compactor to work. Those bulbs all got crushed at once, and the noise inside sounded like a bomb went off. And I won’t lie, it was quite a satisfying sound.

But to avoid responsibility, I hustled out of the hallway with the cart and made my way to the stairs to hide out. I heard a few people came charging into the compactor zone. A thin, fine dust had risen up like the exhalation of some exhausted dragon. There were voices and some shouting. And then it died down.

For the rest of the day I kept out of sight. Then at 5:00 pm I quickly made my way to the car to meet up with the gal who commuted with me to the building. I don’t know if my boss Andy covered for me that day or what, but nothing was ever said about my trash compactor blunder.

That evening I climbed into the car for the drive home and was greeted by the sweet face of the gal that also been given a job by my best friend’s father. By coincidence she was also a runner and actually something of a track star. She was short, probably 5’0″ at best, but what a leg turnover! She was also quite beautiful with light freckles on her cheeks and wispy blonde hair on her head.

But she was having a summer fling with my best friend, and I with one of her friends. So it all felt delicious and young and stupid at the same time. Most days I’d drop her off at her house with a platonic goodbye and drive the rest of the way home to my place with naughty thoughts going through my head. Then I’d muster my running gear together and go for a run the best I could before settling in for dinner.

It was an hour’s drive one way to that summer job. Often it took even longer to come home. The car windows would be open most of the time, and summer’s heat would wear you down on the long drive. Yet I stuck with the training because that fall I would rise from 7th man to 2nd man on the team. That’s how it is with things you really want to achieve. Often it is the dedication one shows in the face of other distractions that makes the difference.

But when I think about that day spent hiding out after the explosion of the fluorescent bulbs in that compactor, it forces me to dwell on the fact that my naivete caused the problem. I wasn’t trying to cause an explosion. Probably there were kids my age smart and snarky enough to do that kind of thing on purpose. But I was never really one of those kids. Instead it  was stupidity that let me blow things sky high.

Sometimes I think about that event when I read about ‘explosive evidence’ about one politician or another. More typically it is arrogance behind such scandalous behavior, but sometimes it is naivete as well. I’ve come to believe that no one is as smart as they might appear to be on the surface. Even the most successful people in the world have grave flaws that they try to hide. Somewhere along the way they blow things up in life just like I did back in that janitor job.

Sometimes people get caught. Sometimes they don’t. But when folks at any level of society blow things up often enough, the evidence comes back around to haunt them. It’s hard not to leave a trail of some sort when you’re blowing things up on a regular basis. That’s true even when you’re not trying to blow things up but naively seek to deny the explosiveness of whatever it is you are trying put behind you in life.

But then BOOM. It comes back to haunt people sooner or later. Explosive evidence always does, even if it happens in slow motion.