Posted on December 1, 2017 by Christopher Cudworth 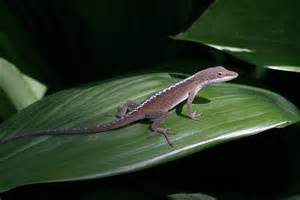 We’re staying in an elegantly constructed retirement community in Spring Hill, Florida. As my brother-in-law explained, it’s nice as retirement communities go, but not the most luxurious. He explained: “There’s one north of here that’s one of the wealthiest in the world,” he told me.

But the one in which we’re staying is pretty nice. There are gates at the entrance to keep the Central Florida riff-raff out. That’s not my judgment. That’s practical knowledge. Florida is known for being of the biggest mishmashes of cultural influence created by man. Central Florida seems to have a gravity of its own when it comes to strangelings, half drunks and other oddballs.

The other night some friends who are also down here on a short vacation went out to find a movie theater. They Googled a location and drove up to find a dude sitting on the curb in front of the theater. “Is this theater open?” they asked. He looked at them for a moment and muttered. “I think so. I’m so wasted right now I don’t know.”

The threadbare yet often tortured cognizance of warm weather denizens is everywhere here in Central Florida.  This morning while driving back from the Southern Hills Golf Course where my brother-in-law is a member, we drove past some modest houses along the main highway. One house was adorned with a big, spray-painted sign that read: “PTSD.” Now that’s honesty. It’s simple. Stay. The Fuck. Away.

Perhaps that person would be willing to admit they are engaged in a retirement from reality. Or perhaps not. Yet we should excuse them for whatever behavior emerged when the UnWar of Iraq and Afghanistan or Vietnam ripped away a part of their mind. 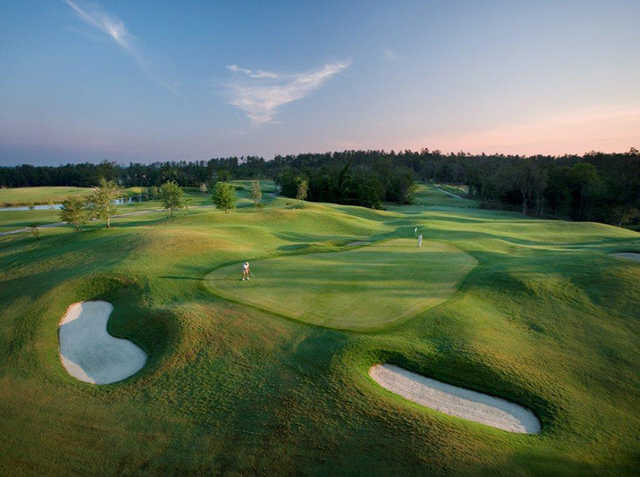 By contrast, the world of golf is one of the world’s best unreality shows, and it’s a game of choice, not force conscription. Yet the game of golf somehow seems to share the language of war. One has to watch out for bunkers and waterhazards and shots that go “out of bounds.” All that’s missing is a demilitarized zone. And you’d probably get a lift out of there.

The environment of a golf course is a cross of nature and a manufactured world where the grass stays short and the sandhill cranes wander around the faireways picking off bugs and small toads that wandered out of the wetlands below. At Southern Hills there were also pileated woodpeckers calling from the peaks of tall pines where red-shouldered hawks also flapped and cried. Moorhens and Hooded Mergansers paddled around the ponds and one big-ass alligator floated like a sullen log in a pond by the 17th green.

Every game of golf is like a dose of retirement. Which means those of us that play (about 10% of the American population) have been engaged in a form of faux retirement all the years we’ve been playing. As one ages, the opportunities are supposed to increase. That means some folks start golfing “full-time” as part of their retirement plan. And if one has enough money saved up, the golf course beckons daily.

That’s retirement as a lifestyle. Golf when you want. Lounge in the pool. Play bocce and soak up the Southern Sun until the skin doctor tells you you’re too fried to continue. I heard one guy by the pool today talking with his friend about having a skin biopsy on his back. It was not good news, but not terrible either. Such is the odd stasis of retirement.

I also watched a guy “swimming” in the pool. He tied himself with a bungee cord to the pool ladder, and strapped on a mask and breathing apparatus. Then he swam in place with one arm slapping outside the water while the other swarmed through the water in what looked like a Dive of Death.

The noise he made swimming resembled the struggles of a waterbird I once saw whose leg was snagged in the mouth of a giant snapping turtle. The bird was flapping one wing trying to pull away and escape. It was the most pitiful sight. However I did not know at first that the snapping turtle had the bird by the leg. I though it might be trapped in some errant fishing line or other manmade horror. So I waded out to the bird and reached down to follow its leg underwater in hopes of freeing it. But when I reached down to feel the face of large snapping turtle, I recoiled in fear, and backed away. “Sorry, dude,” I said, and waded back out of the water.

That’s nature’s way. But it brings to mind the sad, sad story of the family visiting Florida on vacation whose child was captured and killed by a marauding alligator on the resort where they were staying. One minute they were enjoying a family vacation and the next, the worst fear in all the world took place.

Life is harsh and cruel. Which is why retirees prefer these gated communities where passes are checked at the entrance and strangers are regarded with suspicion. That approach to life can engender unfounded fears, yet the retirement community itself seems as egalitarian as a Disney display. If a person can afford the price of admission, they are gladly accepted into the community as a friendly face at the community pool. People aren’t necessarily prejudiced by nature. But they do grow prejudiced through fear.

But the price of admission to retirement communities in Florida also seems to include getting horrifically fat or genuinely, demonstrably overweight on the front end. Every single elder at the pool exhibited wrinkling rolls of fat or else the giant gut of men who seem to have no qualms about being as huge as a pregnant woman. These fellows ease themselves into the pool and tuck floaty devices under their crotch to bob there the whole afternoon chatting with equally fat men bobbing in the pool. They stay largely quiet until some friend who merits some sort of teasing enters the gate and the entire crew ripples the smooth pool surface with geriatric gesticulations, giggles and slaps of the hand on the water.

They sport Green Bay Packers hats and Minnesota Vikings tee shirts. Their teams are hard to find on TV down south where the Tampa Bay Buccaneers dominate the airwaves. Yet a few to subscribe to the NFL package where all the games are broadcast each weekend. Those guys are key friendships to maintain.

I simply don’t want to join that club. Not in this life, I don’t. Football bores me after an hour. So does lounging in the pool. The Christmas Party trappings at the retirement community clubhouse looked like a caricature of the Christian holiday. I (and many others, I believe) already abhor the force celebrations preached by the War On Christmas crowd. It seemed the life-sized figure of the Grinch  perched on the stage of the retirement community stage felt the same way. His eyes were closed as if in prayer for whatever alternative he could achieve.

We Run and Ride (and Swim)

The entire scene made me want to go out and run until I bleed from my nipples, ride until my sitbones hurt like knobs of glory and swim until my pores are so clogged with chlorine even the spray of a live skunk cannot penetrate the chemical shield.

I’m not saying retirees are wrong for wanting the peace and predictabilty of their existence. They got rich enough to slow down, and they can choose the lifestyle they want. But that’s probably not me. Nor would I want to slow down if I could. I don’t see these people noticing the amazing wildlife crossing their paths at the golf course or floating high in the air above over their sodden bodies at the pool.

I prefer life that embraces difficulty and accepts that I may never “slow down” in the conventional sense. I admit I may suffer from Old Age ADHD. Well, I suffered from Young Age ADHD. So what’s the difference.

But from what I’ve tried of so-called ‘traditional’ retirement, other people can have it.

At one point in the pool I was hanging on the edge looking at the dark wall of pines beyond the perimeter. Then I noticed an anole lizard perched on a white lamp above the heated whirlpool. For some reason I though slapping the cement edge of the pool would attract his attention. And sure enough, the four-inch creature scrambled down the wall and ran toward me. He paused about two feet away, clicking his eyes shut and open. I tapped one finger as if it was a lizard, and he perked up as if there might be a male opponent at large.

I sat there for five minutes admiring the little lizard. It was so alive and real. But when I rose out of the pool it ran away and sat there looking at me with a quizzical lizard look. Blank yet determined.

That was enough to pull me out of a retirement reverie. Tomorrow morning I’m taking my big-ass camera lens into the woods and out on the shores of Pine Island to take pictures of some badass Florida birds. Those creatures never retire. The live and live for generations. One turns over the look of evolution to another. That is all I can think to do myself. Because I’ve tried the retirement thing. And the question it begged of my head was simple.

Christopher Cudworth is a content producer, writer and blogger with more than 25 years’ experience in B2B and B2C marketing, journalism, public relations and social media. Connect with Christopher on Twitter: @genesisfix07 and blogs at werunandride.com, therightkindofpride.com and genesisfix.wordpress.com Online portfolio: http://www.behance.net/christophercudworth
View all posts by Christopher Cudworth →
This entry was posted in cycling, running, swimming, Uncategorized and tagged golfing in Florida, PTSD, retirement communities, retirement in Florida, retirement reverie, southern hills plantation golf club, We Run and Ride (and Swim). Bookmark the permalink.