Knowing what’s really “good for you”

Posted on September 21, 2017 by Christopher Cudworth 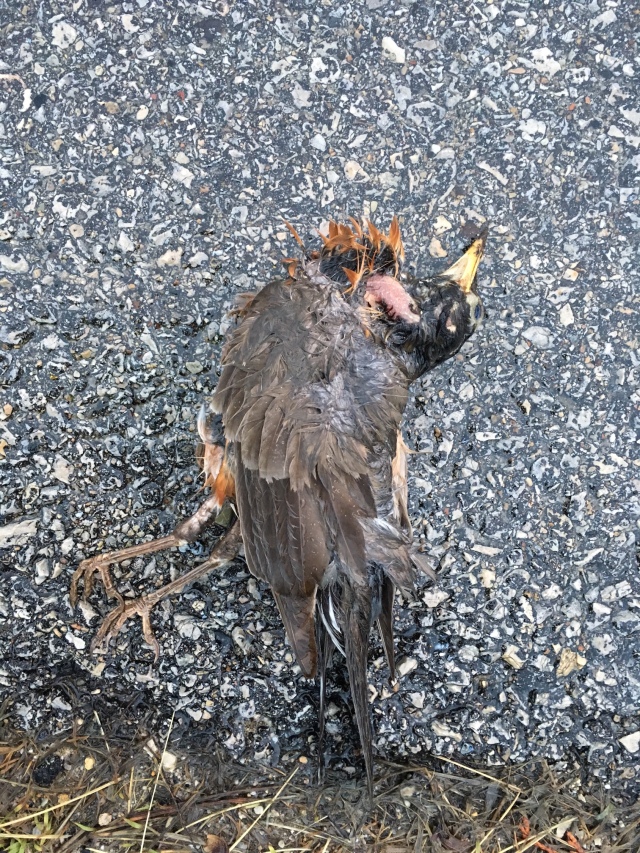 I suppose we all go through a weepy teenage stage of sorts. That period in life when we feel like wounded birds bleeding complaint and laziness from our ears. Then we retreat into music of one type or another, and it takes over our lives. Nothing else matters but hearing the darkest tune we can find. The one that seems to express our hormonal lamentations or lusts.

Teenage angst is not exactly the brand of remorse and dread that adults suffer when the bills are due and the paychecks are short. But that does not mean that teenage thoughts are not legitimate. Nor do they necessarily lack insight.

Even before my son became a teenager, he shared some potent insights on what he’d already learned about life. At one point, probably ten years old, my son turned to me and said, “Dad, did you ever notice that when people say “Good for you,” they’re usually being condescending?”

Yes, my ten-year-old said that. He’s largely correct. The world is full of patently facetious, largely inattentive people who can barely manage to acknowledge real achievement or engage in meaningful dialogue.

I felt that pattern at fourteen or fifteen years old. The draft of insincerity was all around me. Even amongst your friends, there are little competitions for approval going on. One-upsmanship. Jealousies. Control issues. 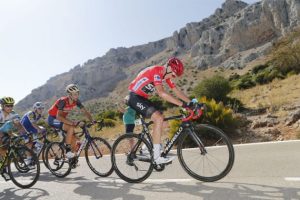 In cycling, we call that one-upsmanship half-wheeling, the practice of pushing the pace by riding half a wheel ahead of all others.

In running, we call it one-stepping, the habit of pushing the pace by refusing to run next to someone, but always one step ahead.

Even Chris Froome pulled the ultimate Half Wheel when he sprinted on the final stage to bump out a Green Jersey points competitor in the Vuelta Espana. Stage races have a tradition of not attacking in GC category on the final day, but Froome stole a potential honor from a fellow competitor in the last 100 meters of that race. That was a prick move, if you ask me. He’s hardly a sandbagger, but it seemed petty and small. As if Team Sky had not gotten enough attention. Winning the points jersey might have meant millions to that second place finisher. But Froome snatched it from him, for what reason?

As my son long ago pointed out, stuff like this happens in conversation every day. If someone doesn’t really want to reveal their own insecurity or grant you the favor of a genuine compliment, they are likely to extend faint praise, including that seemingly nice compliment “Good for you.” It’s their way of putting you in your place so they can feel like they’re staying one step ahead of you. This is a socially acceptable way of dismissing someone without going to the effort of actually inquiring about what they’re talking about.

There’s not really much we can do in this world to change that brand of insincerity. After all, people aren’t necessarily trying to be offensive. And these days, it has all taken on a different form. If you bring up a topic in conversation, or share some nice thing that happened to you, someone might is just as likely to smile brightly and blurt, “That’s great!” Then bury their eyes back in their smartphone.

This is the digitized form of the condescending term “Good for you.”

At the age of fifteen there were also obvious insults and social slights going on all the time. When I was fifteen, if a girl didn’t grant you the time of day even when you were being nice, or turned her head away to talk to a real jerk rather than acknowledge you, the world seemed unjust. Rather than figure out it was just people being jerks, I took all that very personally. It made me angry, and combined with some not-so-good-for-you issues at home, it felt like teenage hell. 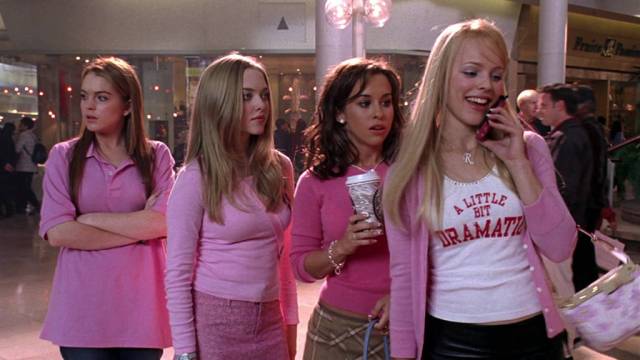 Guys just used to just pop zits, jerk off and play basketball. But being fifteen as a girl is patently more difficult than being a young man of the same age. The slights and offenses committed by girls toward each equal a Battle Royale of bodies, brains and appropriate accessories.

Perhaps the world is starting to change. Browsing the Cosmo magazines (my stepdaughter has a subscription) that show up at our house each month has been an exercise in realizing that the world pretty much centers around vaginas. Everything else moves out from there. Even my own daughter shared with me recently that her gynecologist is her primary doctor. This is a wise strategy for any woman. For one thing, that’s were 90% of the difficulties in a woman’s life seem to begin. Why not focus medical care where it can have the best effects? That’s good for you.

I’m the one who chased my late wife to a gynecologist when she was experiencing all sorts of menstrual problems. She didn’t want to go. Yet that visit saved her life when ovarian cancer was detected. The two weren’t necessarily related, yet that visit led to eight more years of survival for her. Otherwise she might have died within the year. That’s what happens to 80% of the women diagnosed with ovarian cancer. They catch it too late to treat it.

Much of society is trying to move beyond the cliches and taboos of what women’s health is all about. It’s terrifically sad that so many ignorant, selfish and chauvinistic male (and female) politicians still refuse to get the fact that health care is not cookie cutter stuff in comparison between women and men.

It is stunning and sick that we’re still stuck with repressive attitudes and age-old religious cliches governing the American health care system. “Defund Planned Parenthood” is another term for “don’t talk to me about vaginas.” It’s the ugly product of the fact that 40% of America still believes in a literal interpretation of the bible, and that bottles of Viagra are covered under health care, while birth control is not. That’s the real sickness in our society.

Blowing it all away 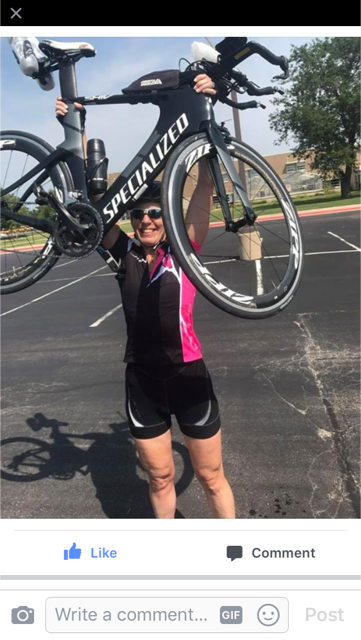 But many women have begun to quietly resist such stupidity. Which is why it seems so good to see girls, young women, moms and menopausal gals out running and cycling and swimming. It’s a space they own for themselves. They don’t need a “Good for you” pat on the head from anyone to do what they like to do.

Running, cycling and swimming might be hard at times to do, particularly given the fact that so many women still share an unequal burden of tasks in relationships and marriage. But getting out there and away from obligations wicks away the billions of otherwise painful slights waiting for women at every turn. And every day. They’re blowing it all away.

As for my dark little brain in the teenage years, I got through the summer before my sophomore year listening to the All Things Must Pass album by the former Beatle George Harrison. This morning on the way into work, the song Beware of Darkness came on. I so recall lying with my head between the big stereo speakers in the living room of our giant house in Elburn, Illinois. My parents perhaps should have recognized the near symptoms of depression in me, but maybe not. Teenagers just did that stuff in in the 70s.

But what I now realize is how much the song Beware of Darkness was predictive of a long arc of learning how to cope not just with teenage angst, but depression and anxiety in life. Just this passage is something I’ve seen in so many others. The danger of ruminative thought and how it can take over your mind…

Watch out now, take care
Beware of the thoughts that linger
Winding up inside your head
The hopelessness around you
In the dead of night

Then this stanza, which deals with grief and one’s sense of purpose in life…

And leave it to George Harrison to put the ugly side of the world’s business into context:

Watch out now, take care
Beware of soft shoe shufflers
Dancing down the sidewalks
As each unconscious sufferer
Wanders aimlessly
Beware of Maya

And finally, Mr. Harrison issues a warning about material greed and political ambition. He closes with a wonderfully abstract image of “Weeping Atlas Cedars” that symbolizes the natural world.

That’s my life in a song that deals with the patent pain of existence. It got me through a long, hot summer along with the other inspiring tracks that only George Harrison could write.

That fall, I ran right out of my teenage angst and into a leadership role on the team. It’s funny how progress can come from what seems like aimless pain.

And you know, that’s really good for you.

Christopher Cudworth is a content producer, writer and blogger with more than 25 years’ experience in B2B and B2C marketing, journalism, public relations and social media. Connect with Christopher on Twitter: @genesisfix07 and blogs at werunandride.com, therightkindofpride.com and genesisfix.wordpress.com Online portfolio: http://www.behance.net/christophercudworth
View all posts by Christopher Cudworth →
This entry was posted in cycling, cycling the midwest, healthy aging, tri-bikes, triathlete, triathlon and tagged all things must pass, beware of darkness, cosmopolitan magazine, george harrison, Good for you, teenage angst, The Beatles, vaginas. Bookmark the permalink.