Posted on September 1, 2017 by Christopher Cudworth 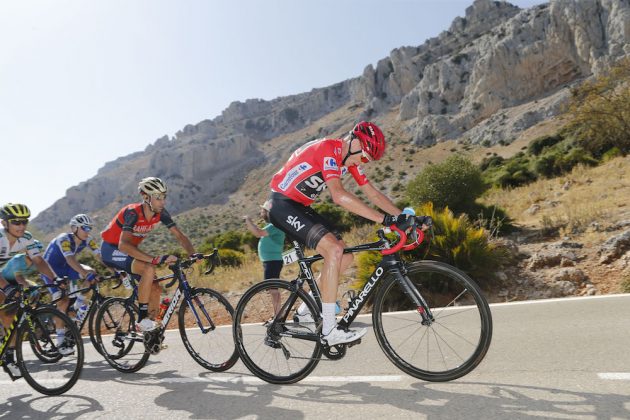 This is how a Vuelta a Espana GC Category is supposed to ride. Upright.

Well, I feel much better about my cycling today. After all, I just got done watching Chris Froome, current leader of GC category in the Vuelta a Espana, fall flat on his ass on a clear piece of road.

If Chris Froome can take a slow tumble like that, so can I. In fact, I still have a sore wrist from tossing over the handlebars a week ago while leading a young protege on a road bike ride. It wasn’t the first time I fell while going slowly. And it probably won’t be the last. 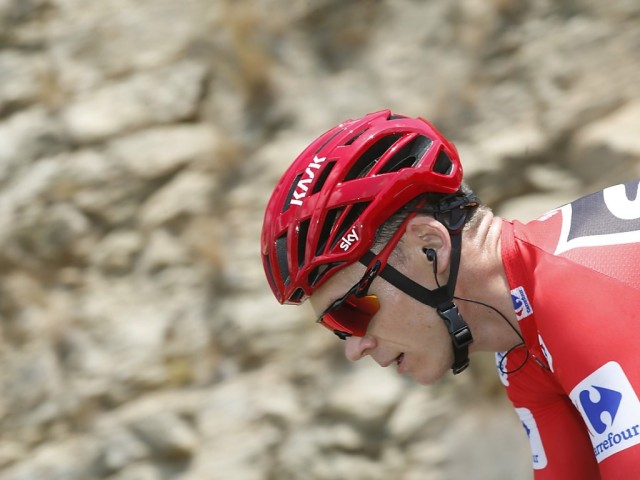 Froome seems to be contemplating how wonderful it is to be upright again.

In fact, Chris Froome fell twice within five minutes in the Vuelta.

All while going slowly. 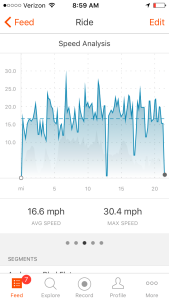 So this made me double proud of my ability to fall under the most casual circumstances. It seems I can ride my bike at 30-40 mph on a steep descent with no problem. And back when I experienced the horrors of bike wobble at 40+ I even got the bike under relative control during a horrid incident of bike wobble a few years back.

But slow me down to five miles an hour and the decisions are just too many to make. With no external stimulation to keep me focused, I apparently lose track of vertical and horizontal orientation and am subject to the whims of reverse gyroscopic transcendentalism. Emphasis on the ‘dent’ part.

So it makes me feel good to see a superior descender like Chris Froome topple like a drunken stork from his bike. He was rounding a curve with a degree of bank to it when his bike wheels just seem to go east when his body was going west. He wound up landing on his buttocks. Not exactly a Great Descent.

Let’s be realistic. Chris Froome may be subject to a form of gravitational pull the rest of us do not experience. His body is so angular it is possible that when his limbs do not align with normal latitudinal dispensation, distinct polarity sets up between his elbow joints. If these reach a functional diameter of a nine feet between elbow points, he’s sunk. That’s what sends him into a personal vortex. 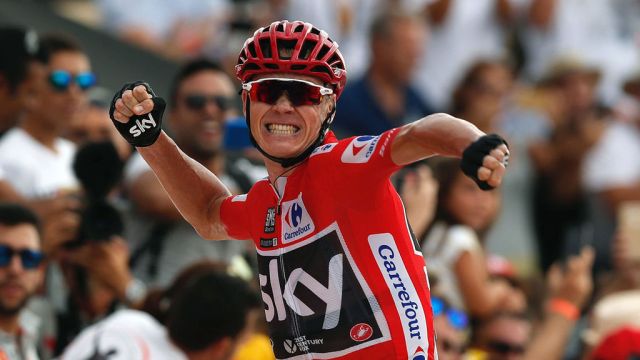 My theory for my own crashes is that a secretly Skinny Me (the one who is 140 lbs and 31:10 10K fit…) is living inside the slightly thicker Senior Me. So the Skinny Me is often trying to escape. That’s why I went head over handlebars last summer trying to Bunny Hop a curb at the movie theater parking lot. That’s also why I crashed head on into that fallen tree three years ago. My inner Skinny Me was trying to break through the layer of Middle-Aged Pudge around my middle.

That’s why I went head over handlebars last summer trying to Bunny Hop a curb at the movie theater parking lot. That’s also why I crashed head-on into that fallen tree three years ago. My inner Skinny Me was trying to break through the layer of Middle-Aged Pudge around my middle.

But I admire the likes of Chris Froome for his general consistency at staying upright. If he can stay upright another week, he’ll be one of a very few pro cyclists to win both the Tour de France and the Vuelta a Espana in a single year. That’s quite an accomplishment for a man who defies the laws of gyroscopic cycling every time he sits on the bike.

So I’ve made up a cheer that works for both Froome and I.

Christopher Cudworth is a content producer, writer and blogger with more than 25 years’ experience in B2B and B2C marketing, journalism, public relations and social media. Connect with Christopher on Twitter: @genesisfix07 and blogs at werunandride.com, therightkindofpride.com and genesisfix.wordpress.com Online portfolio: http://www.behance.net/christophercudworth
View all posts by Christopher Cudworth →
This entry was posted in cycling, cycling threats, Uncategorized and tagged chris froome, Vuelta a Espana. Bookmark the permalink.