Posted on March 8, 2017 by Christopher Cudworth 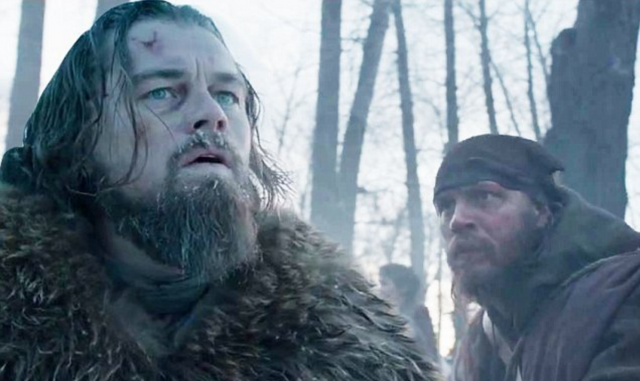 Early in my career, I worked two years for a non-profit organization. Our job as District Executives was to increase membership and raise money to provide programs for youth. That meant we had to set goals and make projections based on what we thought we could attain.

I already knew a few things about setting goals and achieving them. I’d just come from 10 years of distance running success in which the plan was clear and simple. Set your goals, do the work and compete to the best of your ability. Those experiences taught me that setting goals is no light matter. But you do it with the best information you have and then commit to the project.

But my supervisor was a much more conservative character named Mo. I liked Mo personally. But his Big Phrase in making projection was far more benign than visionary:  “If you don’t see it, don’t say it.”

Now granted, that’s a bit of wise advice in some sectors of this world. Mo didn’t want to stick his neck out. We both knew from direct experience that the organization was harshly structured to penalize anyone that missed their goals. So his idea was, “Set ’em low, and take what you can get.”

There was just one problem with that philosophy. We were already working against goals that were falsely standardized. The non-profit employees that had preceded us had long engaged in shady practices designed to inflate the numbers of youth enrolled in the programs. This was done without saying a word to anyone else, but it was “business as usual” even if it was corrupt. To cheat, District Executives would take their own money, falsify memberships and turn them in to create “ghost units.” Then the new unit would show up on the membership rolls. The non-profit would gain support from other funding sources and the cycle would continue that way year after year.

Instead of engaging in such practices, I believed we should “take the hit” by letting ghost units lapse, then start from an honest baseline. But the field director was having none of that. “You had better hit your numbers,” he warned. “There is no going backward.”

It wasn’t that easy to go out and generate all new units to replace the ghost memberships. First one had to secure a presenting or host sponsor. Then volunteer leadership had to be recruited. These people had to be trained. It all took time. There simply wasn’t enough time to get that type of recruiting done in a short space of time in order to cover the difference between the ghost units and the level of membership the non-profit demanded in order to pitch its case to the funding organizations who wanted to see growth, not regression. It was a circular cycle of corruption.

Thus the cycle perpetuated itself. But my response was not to give up. My background in distance running would not permit me to adopt that type of failure. I’d learned that if you at least go at challenges incrementally, success will come.

So I went out and started units and ran them myself until I could find someone to take over. When confronted by staff leadership about my unorthodox manner of attaining membership, I stared them in the eye and said, “It’s going to get done the right way.”

So in some respects, I abided by the same philosophy as my partner Mo. But where he preferred to take the conservative route in projecting membership, I wanted to put my numbers up and go for it. But Mo wanted no part of it. He stood by his “If you don’t see it, don’t say it,” philosophy. So we set our numbers low, as he decided. And we made them, but only because I stuck my neck out.

Putting it out there

Two years later I was working in sales for a media organization. We had a big sales contest for what we called our Progress Edition. Those ads were meant to be sold “above and beyond” the daily advertising we placed for advertisers. And in my fashion, I set projections that were aggressive and I met them.

Each day the new ads came in, I posted them as instructed on the daily tally sheet. The top salesperson would earn some extra money and other perks. I led the contest for several weeks.

But on the last day of the contest, a fellow salesperson walked in and posted a slug of ads he’d been holding back on posting. He’d been sandbagging and he beat me by a few column inches. The other salespeople laughed and slapped him on the back. Such is the way of the world.

I was stunned at the cynicism however. Here I’d been trying to provide leadership by posting my ad sales. That honestly clearly helped others find reasons to sell, because the sales manager used those numbers to urge our team to keep pushing. We blew past all our projections.

The Sandbagger still won the award for top salesperson. Sure, one could say that he won it “fair and square.” He sold more ads than me. That’s the empiric fact of the matter. But I thought he was a chickenshit for winning the way he did.

It wasn’t losing the award so much that bothered me. It was the “If you don’t see it, don’t say it” approach that was so underhanded. Where’s the courage or leadership in that?

Yet we all know that much of the world operates that way. Part of becoming an adult is the realization that so many people prefer to act in their self-interest rather than trying to effect true leadership or give of themselves in ways that would require sacrifice or any kind.

The flipside of all this can be found in ways that people use very public statements to intimidate and coerce others into complicity. That’s called being a bully. And the fact that so many people consider bully pulpit leadership a sign of true character is just as sad as the claim that the underhanded approach and sandbagging or cheating to “make your numbers” is in any way admirable.

Thus I’ve seen firsthand how corruption works against those trying to conduct themselves in an honest fashion.

Yet I’ve also stood on the starting line in just a thin pair of shorts, a tiny singlet and light shoes waiting for the starting gun to go off. In those moments, there is no hiding our intent or purpose . There is no room for chicken statements or underhanded tactics. There is only you, the road, and the distance between two points. You either have what it takes or you don’t.

So whenever I hear people who speak in support of the conniving and underhanded crap going on these days; the Russian interference, the fake claims of wiretapping, the harsh dismissiveness of health care manipulations, I know from whence they speak.

It is not from honest intent. They may think they’ve taken the shortcut to success, or been so smart they have gotten away with the bully pulpit tactics. But that’s where the lessons of eternal patience kick in for me. Because while earthly success may seem rich, and where victory feels like a mandate for those proud of earning approval through dishonest means, it is also true that justice has a way of sneaking up on them.

It bloody well does. At the end of the movie The Revenant, the lead character played by Leonardo DiCaprio engages in a brutal knife fight with the man who clandestinely killed his adopted son. For most of the movie, the killer thinks he’s gotten away with it. But as blood sinks into the snow and the evil killer sinks into the icy stream, a band of ghostly Native Americans comes by horseback up the cold stream. DiCaprio lets his rival go, acknowledging in that frozen moment that final justice was not his to administer.

And the universe seems to mutter, “You don’t say…”

Christopher Cudworth is a content producer, writer and blogger with more than 25 years’ experience in B2B and B2C marketing, journalism, public relations and social media. Connect with Christopher on Twitter: @genesisfix07 and blogs at werunandride.com, therightkindofpride.com and genesisfix.wordpress.com Online portfolio: http://www.behance.net/christophercudworth
View all posts by Christopher Cudworth →
This entry was posted in running, Uncategorized and tagged boy scouts of america, goal-setting, leonardo dicaprio, sandbagger, setting goals, the revenant, you don't say. Bookmark the permalink.