Posted on February 21, 2017 by Christopher Cudworth 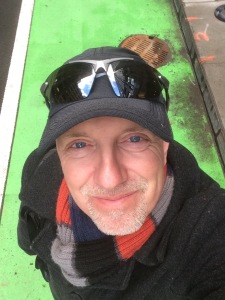 Athletes can be frail beasts when it comes to the inner workings of the mind. All it takes for some people to suffer long-term effects to self-image is one difficult race. That race might have been bad or good. Some people have fear of failure. Others have fear of success.

The tricky aspect of managing a healthy self-image is to allow yourself the freedom to put that difficult race, event or period difficulty in perspective. Some of us labor unnecessarily with a drama we create in our heads. It’s as if we write a play that our brains act out every time we approach a situation similar to events from the past.

The worst circumstance is when a (seemingly) negative event occurs that echoes the beliefs of an already fragile self-esteem. I once got massively sick after running a steeplechase in summer heat at nationals. For several years I believed that I was not a good heat runner and had to be super cautious. A few years later, I ran a tremendous race in hot conditions during a 10-mile road race against superior runners. During training the following week, I thought back to that steeplechase in the heat a few years earlier. Then I recalled how we’d gone out to dinner after the race. Suddenly I realized: “It wasn’t heat stroke that made me sick.It was that pizza I ate. I had food poisoning.”

Here I’d been believing for years that I wasn’t a good runner in the heat. That belief was completely false. I’d built up a negative self-image that was based on an untruth.

It doesn’t even take such an odd event to develop persistently negative thoughts about ourselves. Multisport athletes often find themselves in performance plateaus. It can happen in any, or all three disciplines. You hear their words: “I’m no good at the swim,” one laments. “I just can’t make progress in the bike,” another insists. “I’m not a good runner,” is another common refrain.

These are all negative self-esteem issues writ large. And they can hold you back from enjoying the sport(s) you love.

But recognize: statements like these are all products of negative self-image. Leaving them behind can be difficult. But there are a few practical methods to help you make that happen. 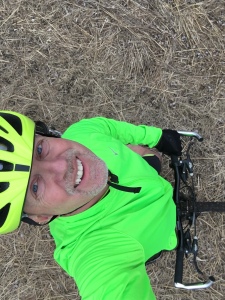 The process begins by breaking down the structure and source of such beliefs. Most typically they are what we might call “comparative” memes that we create in our minds. If you have a negative self-image about any of the three disciples, swimming, cycling or riding, consider the source and ask, “I’m not good compared to what?”

If you’re engaging in false comparison as a measure of your own self-esteem, the problem of negative self-image will perpetuate itself forever. That commonly happens when you measure your self-worth and ability by worshipping some other athlete(s) as “better than you.”

Do this little exercise, and say it out loud: “So, (name athlete(s) is better than me. So what?”

This is the first step to recovering a positive self-image of yourself as an athlete. Dispensing with comparative thinking is crucial. That does not mean you need to cease being competitive toward anyone. The heart of improvement is wanting to compete against yourself and others. That’s healthy. The unhealthy part is when you internalize the belief that you cannot compete for any reason.”

Think about it. If you go out and do your best by trying to keep up with someone faster than you, and it pulls you to a better performance, you have gained, not lost. And that’s what you grasp for your self-image. “I worked hard. I competed the best I could today. I have no regrets. I can still improve in (this area) or (that area.) But now I know that.” 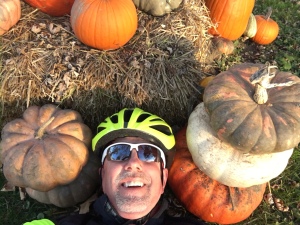 This is the Net Gain approach to building self-image. Engage in it frequently and you’ll find yourself leaving negative self-image issues behind. They simply have no function in your forward progress. Even if you don’t improve by leaps and bounds, the liberation you’ll feel by leaving negativity behind is a progress unto itself.

After all, we compete in sports like triathlon for the purpose of improving our mental and physical health. There is a valid transfer of excellence that comes from learning how to engage our brains in affirmative behaviors. Then you can step to the line or engage in training with confidence that what you’re doing is truly good for your body and mind.

Start today. And say it out loud before you slide into the pool, hop on the bike or lace up your running shoes: “I’m working to be the best athlete I can be.”

That’s a great bit of self-image foundation right there. A great place to start. And a wonderful way to finish.

Christopher Cudworth is a content producer, writer and blogger with more than 25 years’ experience in B2B and B2C marketing, journalism, public relations and social media. Connect with Christopher on Twitter: @genesisfix07 and blogs at werunandride.com, therightkindofpride.com and genesisfix.wordpress.com Online portfolio: http://www.behance.net/christophercudworth
View all posts by Christopher Cudworth →
This entry was posted in running, swimming, triathlete, triathlon and tagged comparing yourself to others, negative self esteem, negative self image, self esteem, self-image. Bookmark the permalink.

3 Responses to Leaving negative self-image behind