Weight, weight don’t tell me who won the Super Bowl

Posted on February 6, 2017 by Christopher Cudworth

We attended a very nice Super Bowl party hosted by some triathlon friends. The game was both fun and strange to watch. It was more like two games packed into one. The Falcons won the first part, the Patriots the second.

In between, Lady Gaga swung around the stadium from the spider web of popularity known as patent fame. She dangled like a wingless fly until her twitching minions unhooked her to do another rendition of the ‘friendly hooker’ routine upon which so many Super Bowl halftime shows seem depend. Her outfit was finally deconstructed into a pair of sparkly diapers, which must have made her all the rage with those kinky adults who get into such things. Oaaahhh, you didn’t know that adult diaper wearing was a “thing?” Sorry to expand your world by accident. Seems there is a Super Bowl for everything, if you dig deep enough. 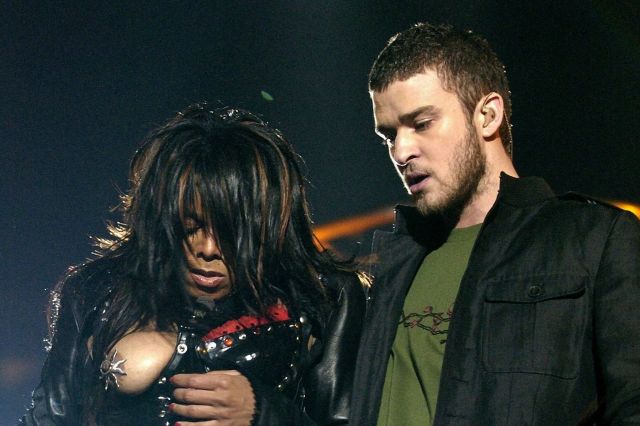 You may also recall that not so many years ago during Super Bowl halftime show, Justin Timberlake ripped the breastplate off the costume of Janet Jackson, exposing her carefully decorated nipple. Hardly an accident. That act set off tidal waves of conservative consternation that the Super Bowl had somehow been corrupted.

Hah. That’s a bit like accusing Beezelbub of engaging in excessive recruiting tactics. But that would be a metaphor better applied to Division One college football, where everything from hookers to cocaine to flat out cash has been used to cement the relationship between high school football player and college football school. 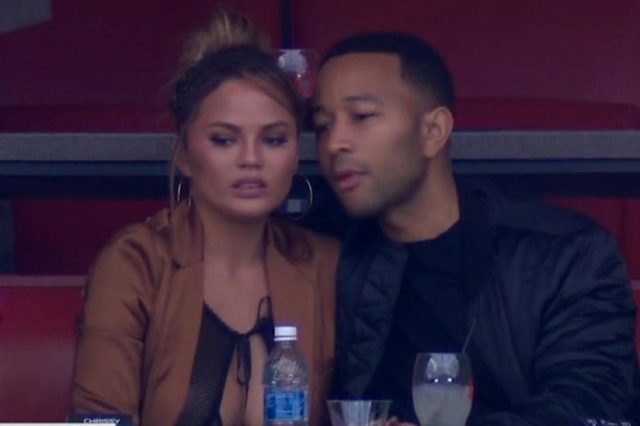 Even by accident, the Super Bowl can’t resist showing the best cleavage it can find. In this year’s edition of Super Bowl excess, model Chrissy Tiegan let a nipple show when cameras panned the many celebrities in attendance. Her exposure was obviously no accident. Says a breathless EOnline story: “Teigen went braless under a fishnet keyhole top and brown duster jacket for Super Bowl LI, and in true Chrissy form, she couldn’t have cared less about the nip slip. When a Twitter user zoomed in on a video of the celeb and tweeted it to her, she matter of factly responded, “boom goes the dynamite.”

If one were cynical enough, it could be suggested that the faux innocence of America is its most dangerous trait. Let’s take the fact that a team called the New England Patriots won this year’s Super Bowl. In the Make America Great Again era in which slogans replace facts, the game could not have been better scripted to align with the political views of the current administration. And how weird was it that the Atlanta Falcons, having rushed to a 28-3 lead, somehow could not find a way to score the rest of the game. I predicted at halftime that they would be too tired to sustain the pace, but it still seemed strange.

And it would be cynical indeed to suggest the game was fixed. I don’t personally believe that the Super Bowl was fixed. But I do believe that the game of NFL football as a whole is fixed. The league doesn’t pay any taxes, for one thing. It calls itself some sort of “non-profit” organization. In these practices of avoiding taxes, the NFL perfectly aligns with the practices of our current president, who takes such matters as a point of pride and an indication of true patriotism. So you see how all this aligns?

Both the NFL and Donald Trump seem to thrive on casual references to taboo sex and sideline cheerleaders who are paid a pittance for shaking their asses. They also align in the marketing of raw, destructive violence to short-attention-span viewers who mistake brute force for clear thinking. Come to think of it, that’s the same formula used by Donald J. Trump to win the office he now occupies. America as a nation now has a concussion.

All I know is that I ate and drank just enough last night during the game to wake up two pounds heavier this morning. I’ll work off that extra weight in the next day or so.

The Super Bowl is a ritual of consumption. We all get that. But last night’s game was also the first full football game I’ve watched all season. Usually, I’ll sit for a quarter or so with our twenty-somethings while they chow on their afternoon meal of B-Dubs and beer. But then I get up and do something constructive.

I even ate relatively light last night. A bowl of chili and some munchy appetizers. But pause a moment to think about all those Americans for whom the Super Bowl is the final peg in a sixteen game binge of weekend pigouts all in a row. If the average Joe puts on five pounds a week during football season, and doesn’t do anything to work off that weight, they’ll gain eighty pounds just from the regular season, 20 pounds from the playoffs and another 5 pounds during the Super Bowl. That’s 110 pounds per football season. Don’t laugh, it’s possible.

According to a Gallup poll, the average American is close to 20 pounds over their “ideal” weight. Of course, that’s all relative to perspectives. A high school football player who competed at 210 pounds might balloon to 250 pounds after a couple years of sitting around watching college and pro football. Upon what standard is their perception of an ideal weight based? Is it their ideal weight based on when they were 18 years old? 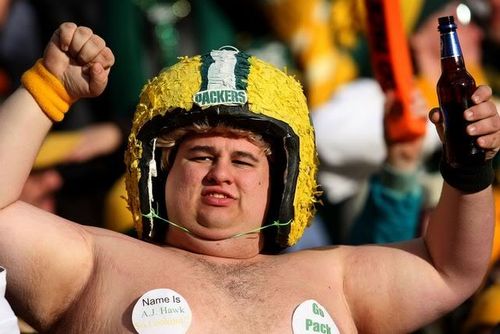 The world is full of overweight former athletes and soldiers who still view themselves in terms of the formerly fit beasts they were at one time in training. These are the armchair quarterbacks playing fantasy football and accusing people who casually watch the game of not being “true fans.”

Which is why the Super Bowl is such a comic venture. It actually parodies the weekly religious ritual of so many football fans for whom the gridiron is their second church. NFL football and its Super Bowl are now produced like one long, desperate ploy to hold the beer-infused attentions of billions eager to find out if the commercials are more interesting than the game itself. I don’t hate football, per se. But I am suspicious of what it has become. The pandering attempts at leveraging patriotic displays into popularity. The heavyhanded move to present “football as family.” These are cynical ventures at the heart. Yet people take them as signs of real American virtue. 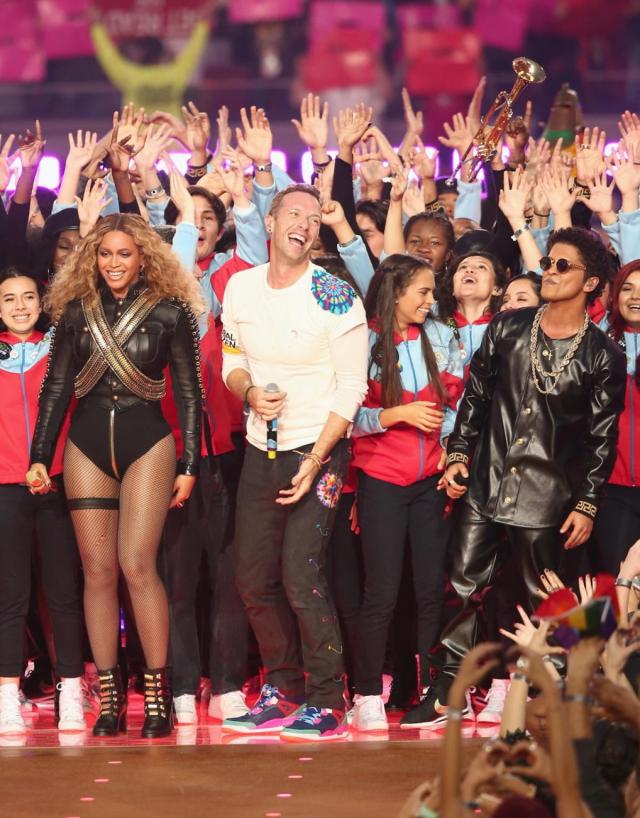 The fact of the matter is that nobody really wins when it comes to celebrations of excess such as the Super Bowl. Advertisers spend billions to garner attention for their products through advertising, but the return on investment? Hmmm. Their commercials are rated and judged just like contestants in a beauty contest. It’s all very shallow and it’s vain.

Even commercials of substance, that actually try to make a commentary on the state of politics and patriotism in America, are attacked for trying to shed perspective on topics such as women’s rights and immigration. These days every opinion is a weapon, and every weapon an opinion. 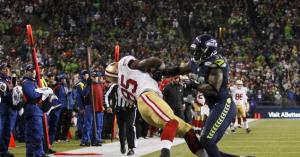 Attacking the NFL for its violently dismissive nature has turned out to be as fruitless with some people as criticizing the NRA for defending the death of 11,000 people per year killed by gun violence. “Go criticize someone else,” the selfish logic goes. “I have my rights.”

The point here is that so much of America loves to deny the facts at the heart of its fattened brand of idiocy and selfish appetite for excessiveness. Those who hearken to the liberal austerity of limiting our consumptive appetites and moderating the extraction and waste that feed such cycles are mocked as “snowflakes” and “libtards” for actually caring enough to consider what it is we’re really doing to ourselves. These are the truly conservative instincts of the human race.

Those of us who run and ride and swim can be commended for a slightly more considerate lifestyle. We can at least claim to be engaged in activities that can generally be termed “healthy” for the human body and mind.

Christopher Cudworth is a content producer, writer and blogger with more than 25 years’ experience in B2B and B2C marketing, journalism, public relations and social media. Connect with Christopher on Twitter: @genesisfix07 and blogs at werunandride.com, therightkindofpride.com and genesisfix.wordpress.com Online portfolio: http://www.behance.net/christophercudworth
View all posts by Christopher Cudworth →
This entry was posted in cycling, running, training, triathlete and tagged Advertisers spend billions, attacking the NFL, super bowl excess, the similarity between donald trump and the NFL. Bookmark the permalink.