Posted on December 8, 2016 by Christopher Cudworth 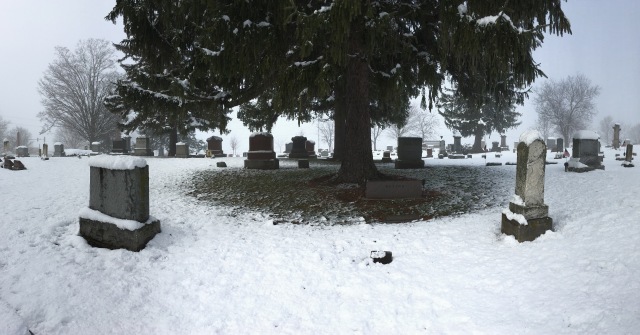 This morning was a damn cold run. Yet it was familiar territory.

In fact, it felt like I was frozen in time. 6:00 a.m. is a fine time to run, and I’ve been doing that for many, many years. The sky is just starting to brighten at that hour even in wintertime.

This morning’s run also brought back memories of all those mornings I delivered newspapers in the little town of Elburn, Illinois. The entire town was my route, and I pedaled my Huffy three-speed bike in temperatures as low as 17 below.

But I never let it bother me that much. The $8.50 a week I earned in those days at least let me buy cinnamon rolls at will in the high school cafeteria. I weighed 129 lbs as a freshman and 132 as a sophomore. Skinny and hungry all the time. I could afford some extra carbs.

It was always cold, for the most part, on those morning paper routes in the early 1970s. I’d pedal around at a fast pace with that paper bag over my shoulder. At each house on the route I’d dump the bike on the street and traipse across snowy lawns or trot up driveways to stuff the newspapers into the door as I was called to do. It was great aerobic training when I think about it.

Later on during my high school and college years, that morning paper route was replaced by tw0-a-day runs through November, December and January. One gets used to running when the temps are cold. You learn where the drafts get you at the edge of your clothing, and how much your face can take before you have to cover it with mittens or gloves. Then you learn to blow just enough to warm the flesh so you won’t get frostbite. These are the hard truths about cold running. You learn to love them.

As I took off on my three-mile run this morning the wind was biting and severe. It came as if  it were blowing straight from the lungs of a dark shape hung low to the horizon to the northwest. I no longer ascribe evil to such views. Winter is what it is. IT comes and it stays and it goes AWAY eventually. No need to emotionalize it any longer.

My pace picked up as my body warmed. Essentially I’d wind up running one mile at 10:00 pace, the next at 9:00 pace and the final mile clipping along at 8:00 pace.  This may be the perfect prescription for winter running. Try it sometime at your own pace.

The only interruption in the run came when I stopped to drop my drawers and unload in a blessed woodland along the road. It was a damn cold dump if I may say so myself. I had tried hard to get that business done before leaving the house but the body was not yet awake enough to make that happen.

It took a wipe with a handful of snow to get things cleaned up. That just about slammed my sphincter shut and I knew that would have a price later in the day. That tender flesh around your ass is no fan of ice and snow. A friend of mine once got vicious hemorrhoids from sitting on a cold step for too long in his garage. The same thing can happen if you shock your tender butthole with snow during a cold winter run. These are the cold truths about hard running. Sometimes you have to stop for these reasons and there is no escaping the demand no matter how fast you might be running. No one can run fast when the urge takes over. It is impossible.

The last mile was thus a relative bit of relief. I felt good except for the ankle I’d turned in the early going. There was an uneven space where new road had been paved next to old road and I almost sprained my left ankle badly. In fact, I barely caught myself from falling, which has been a frightfully common thing lately.

Back at home, Sue gave my cold cheeks a pat with her warm hands. She was just out of the shower and looking adorably warm in her bathrobe and wet hair. I wanted her with every ounce of my being but accepted a grateful kiss and headed up to the shower.

I’d gotten in a good workout despite the cold. I’ve learned that I don’t need to do massive miles to race decently all year round. It’s a blessing to have enough talent to get by well enough on my 15-20 miles a week. Racing 7:00 pace at nearly 60 years old is a respectable trade. I’ll keep it up as long as I can.

Yes, I’ll push it a bit more this year, but this morning’s run was more an exercise in simply being than in worrying about any of that. At the start, I tucked the strings from my bright yellow sweatshirt inside the hood so that they wouldn’t whack my ears and make a loud noise as I went along. I was too much enjoying the sound of my feet scruffing along and the howl of the wind through the black trees to want any distractions.

Yes, I could have waited back home for Sue to finish on the treadmill, or take a trip down to run on the indoor track at the Vaughn Center. But there’s only so much time in the day. And only so many winter days in our lifetime. So we run.

Besides, I would have missed the chance to freeze my ass off taking a dump in the snow. Or cowering as that lone car drove past, when I hid the reflective part of my running jacket so that the headlights wouldn’t flare me out. Damn, you feel alive in moments like that.

I would have also missed the smell of my own breath floating back to me as I ran in the same direction as the wind. And the fetid tinge of sweat emanating from the hooded sweatshirt that needed a wash. I really didn’t know that. Now it’s in the laundry basket. Our own stink is the best sign that we’re really living.

Christopher Cudworth is a content producer, writer and blogger with more than 25 years’ experience in B2B and B2C marketing, journalism, public relations and social media. Connect with Christopher on Twitter: @genesisfix07 and blogs at werunandride.com, therightkindofpride.com and genesisfix.wordpress.com Online portfolio: http://www.behance.net/christophercudworth
View all posts by Christopher Cudworth →
This entry was posted in Uncategorized and tagged the cold truths about hard running, the hard truths about cold running. Bookmark the permalink.