Posted on November 1, 2016 by Christopher Cudworth

As a person participating in competitive sports from the earliest age imaginable, I’ve learned a few things about reaction time. That’s the ability to respond when faced with critical situations.

This is particularly true in cycling, where avoiding collisions or road obstacles and debris can be the difference between remaining upright and being involved in a gnarly crash. As I’ve documented, I’ve had a few interesting crashes over the years. And yet reaction time saved my ass each time.

The first crash came from an incident of bike wobble at 40 mph. Yet I still managed to control the bike and get it off the road into the crash and saved my skin.

Another crash came from inattention when I was cruising along a bike trail with my head down and ran into a downed tree. Fortunately, I reacted quickly enough in the last three yards to turn my side and avoid a full-on face collision with a tree limb.

A few weeks ago I tried to bunny hop a curb next to a parking lot and wound up flipping over the handlebars. Yet again, it only resulted in a scraped helmet and a little blood on the shoulder. No broken collarbones or anything severe like that.

I credit years of playing ballistic sports with a decent skill in reaction time during situations such as there. Years of playing basketball developed a fair amount of proprioception. Sometimes while skimming the road edge I’ll find the bike tire teetering on the precipice between road and gravel and use my balance to keep it on the level.

There have been times when I’ve even been called upon to use reaction time in running. Certainly, during my career as a steeplechaser, those skills were critical. When you approach a 42″ barrier in the company of 6-8 other runners, it pays to be able to adapt in the moment. Going over the water jump was a particular favorite of mine. I could triple jump 40′ and long jump nearly 20′, so my jumping and balance were pretty solid. Often one had to slide to the side of another runner, plant a foot on top of the barrier and launch to a neutral zone where the water meets the land at the zero depth point of the steeple pit. That all takes some decent reaction time. 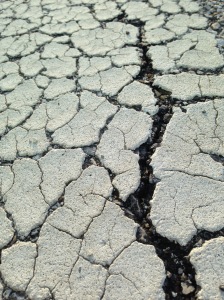 This all came to mind yesterday when I was driving north on Route 25 near my home. The road comes down a hill and then angles right as it crosses another major state highway, Route 38. The speed limit is about 35MPH so you’re zipping around an S-curve and confronting that intersection at a decent speed.

It happened that the light changed just as I approached the intersection yesterday. It caught me by surprise but it had just changed to yellow as I hit the crosswalk with the front bumper of my Subaru Outback.

Then things happened fast. The driver of a tall cargo truck decided he was going to make the left turn at the precise moment I entered the intersection. There was no time to think on my part. As his front end cut off half the lane I pulled the wheel to the right, then whipped it left to conduct a screeching, swooping surge around his vehicle and in time to avoid striking the light pole at the other side of the intersection. My brain was entirely calm the entire time. That situation could have resulted in a major, head-on accident. Instead, I continued driving north on Route 31 and called out to myself, “YOU ARE THE BOSS!”

In other words, I was actually thrilled. I know that’s a sick thought. I have sick thoughts all the time though. But I completely fucking rocked that manoeuvre. Perhaps it was all possible from repeatedly watching Jason Bourne driving through the streets of Algiers or other countries at full speed. But I knew what to do, and my reaction time was fucking perfect.

As I drove north, I called one of my best buddies on the phone. I left him a voice mail message bragging about my feat. Sure, I knew there was fault on my part not anticipating the possible change in the light. Yes, I understand that there should be no “next time” when it comes to driving like that. But given that I reacted the right way, I’m taking full-on credit for being a Boss behind the wheel. Damn right. 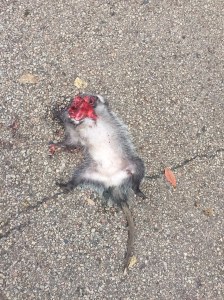 Then I thought back to a moment more than 30 years ago on an intersection directly across the river from where I swerved around that truck yesterday. I was in the middle of a seven-mile run when the lights changed and I was forced to halt my run while standing on the northwest corner of Route 31 and 38. It was a hot day and I pulled up my shirt to wipe my face. At that moment I heard a bright THUD and dropped my shirt to find a Volkswagon Beetle car hurtling through the air. It was headed right at me and there was an older man standing on the same street corner waiting to cross. I reached over and threw my arm across his waist and pulled him down the small set of steps on the sidewalk. He tumbled unharmed onto the cement and I fell next to him.

The VW came to a crunching stop right where we were standing. It was surreal to see the vehicle perched on its side with wheels spinning. I gawked for a moment, then turned around to look for the man I’d knocked to the ground. He had stood up and was getting into a vehicle at the intersection. Apparently his wife had just pulled up at that intersection and he’d been waiting for her.

The light changed and they drove off. Not a word of thanks from the guy. Just rode away. I waited a moment and finally stood up. Then the light changed again and I jogged across the street going east across the Fox River. In the middle of the bridge I came to a sudden halt and stood there having a death shiver. “I could have been killed,” I said out loud.

Then I ran the rest of the way home with legs of jelly. But by the time I’d gotten home the incident seemed unreal, as if it had never happened. In fact I had to shake my head and try to imagine if it indeed was real. Or had I just imagined it?

I know that I did not. Because a year later the city revised the structure of that intersection to avoid those accidents. These old state highways often have very few safety considerations built in.

All I can say in retrospect is Thank God for reaction time. Without it I might not have survived that flying car years ago, or the impact with that truck in my lane yesterday. Some believe in angels who give us protection. Yet lacking those, I’ll give thanks for reaction time and give credit to God or his minions later.