No race for the faint of heart

Posted on October 7, 2016 by Christopher Cudworth

A friend recruited me to contribute commentary on his Facebook page because he shared a video of Vice Presidential (or is it Presidential?) candidate Mike Pence pontificating on the benefits of teaching creationism as a theory of human origins. Pence tried to make the point that creationism is “equal” in intellectual weight to the theory of evolution. His arguments had all the acumen of a frat boy trying to pass a required science class in college.

Creationists have been begging approval from top-level politicians for years. So the idea that a VP might abide by the pet theory that the bible is supposed to be interpreted literally is akin to having an Olympic champion selling your brand of breakfast cereal.

It was interesting to see people argue that Darwin’s “theory” was just that, an idea that has not advanced in understanding since 1861. Yes, someone actually said that.

Meanwhile, their favored source of science information, the Bible, was actually drawn on from a series of creation myths dating back 4000 years. These were amalgamated into a singular oral history that was incorporated in the Jewish Torah, now the book Christians brand the Old Testament. Effectively, it’s all stolen and plagiarized material that has passed through an entire litany of languages over the ages and is still translated dozens of ways in different versions of the Bible. And we’re supposed to take the book literally.

Looking back at the era from which the Bible (as we know it) originated, we must consider that people still believed the sun revolved around the earth, and that the earth itself was flat. It was also supposed that heaven sat directly above the earth in a dome-shaped hemisphere something like the roof of an NFL football stadium. 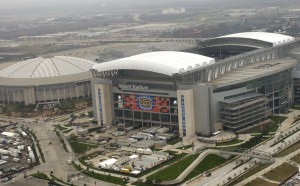 That may go a long may toward explaining why so many conservatives seem to love the sport of pro football. Creationism is as close-minded about the cosmos as the closing doors of a partial domed stadium. Whenever there is threat of an existential rain, creationists just close up their domes and wait for the existential rain to pass over them.

This is the type of leadership men like Mike Pence have to offer. He’s been mucking it up as Governor of Indiana, where they can’t even make up their minds what time zone to use, but now that he became a running mate to Donald Trump in the United States presidential election his views matter a bit more on the national stage.

So here’s the downlow: Mike Pence is a dogged conservative who seems to want to run (or cycle, or swim) on his own ticket. For now, he’s willing to ride along in the draft of Donald Trump, but he’s not going to pull for the guy. In cycling terms, he’s a “wheel sucker,” a mean little bastard willing to let someone else do all the work and then race on ahead to victory either now or later. Perhaps he’s even had discussions to take over the office of President when (no if…) the GOP impeaches the terminally insane Donald Trump if he is indeed elected. These are crazy times, and crazy conservatives like Newt Gingrich and Paul Ryan will stop at nothing to get their way. 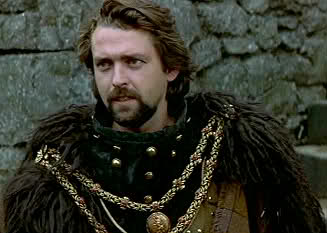 Pence is like the guy you always dread having on your team (of any sort) because they’re only waiting for the chance to steal victory from your grasp. He’s likely working behind the scenes like that Scottish candidate for the King of Scotland in the movie Braveheart. Pence is clearly playing both sides of this political conflict within the GOP in order to come racing to the fore once that Braveheart maniac Trump is knocked clean off his horse. Pence is all too willing to do the knocking off if necessary.

you on the bike, riding far to the right of the road when the winds are coming at an angle for the left. If you can’t hold his wheel, tough luck. See you back at the ranch. This is not a no-drop ride we’re on with Pence and Trump. The Donald has even hinted that he will refuse to concede if he indeed loses the election. Can you imagine if a marathon runner came in a clear second and then stood at the finish line yelling, “I didn’t lose! They cheated by running faster!”

Well, we witness that kind of behavior every day from Donald Trump. But Pence isn’t so brash and stupid. But he is the guy who will swim right over you at the start of a triathlon. If you drown as a result, tough luck. He won’t look back to check on you. He cares not who he mows down along the way. Mike Pence is all about victory.

That’s why conservatives love him. He’s a man of convictions, and to hell with those who don’t like what he believes. He’s actually the expression of a new breed of religious politician known as the Post-Modern Evangelical Catholic. To sum that up, he’s a “Screw

Pope Francis” kind of guy when it comes to abiding by Pope’s more liberal stances on topics such as evolution, climate change and gay rights. Pope Francis has stated “if laws don’t lead to Jesus, they are obsolete.” But

But conservative Catholics hate that kind of pressure to actually abide by the words (of Jesus) found in the Bible. They prefer to abide by laws from the whole cloth of legalistic belief instead. It’s long been a problem for the Catholic Church. Now men like Mike Pence want to foist it on all of America despite the fact that separation of church and state is a well-evidenced practice stemming from the freedom of and freedom from clause on religion in the United States Constitution. Conservatives too often confuse the imposition of their selective beliefs on others as a sign of religious freedom. It’s that simple. And that stupid.

But never mind that pesky document we call the Constitution. Pence is a murderously determined man when it comes to his beliefs. He would likely run the Pope down with a fat-tire bike if he had the chance. Then ride back over him for good measure. And squish his little pointed hat for double good measure. 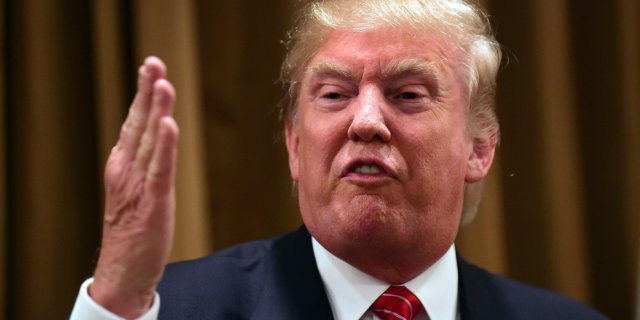 So Pence is looking ahead to 2020 and he’s running his own race. If he happens to get carried along by the crazy train of Donald Trump to wind up in the position of VP, all the better. Trump is the heavy in this race so far, but the GOP knows better than to trust a fat boy-frat boy like Trump to carry them for the long run. The real candidate for President on the GOP side is all doped up and ready to run on the fuel of bigotry and discrimination.

Much of which has been pointed at their opponent for years, with nothing to show for it except the claim that Hillary ostensibly allowed four people to die in Benghazi. But if she’s responsible for those four lives, then what can we say about the Bush administration’s responsibility for the lives of those killed on 9/11?

The math does not lie. Compared to Bush, Hillary is nothing more than a mid-packer when it comes to deaths occurring under her watch as Secretary of State. Bush let 4000 civilians be killed on our own home turf. Then he sent 4000 soldiers over to a war of choice that had nothing to do with the perpetrators of 9/11. Those soldiers died in a war that had no plan in place for success, or an exit strategy. That was the Crime of the Century.

So these criticisms that Hillary Clinton is a criminal pale completely when compared to the lives lost under Bush and the 20M vanishing emails that the Bushies seemingly tossed as well. But in the race for President, it is all about exaggerating the opponent’s flaws while minimizing while minimizing perception of your own. Intimidation is a powerful force in any race. If you can humiliate your opponent even with falsehoods, that’s often enough to win.

One can certainly hear the creak and groan of that conservative protective dome every time the subject of those eight years under Bush comes up. Yet even Trump has rained on the conservative game in that respect. There will be a price to pay for that.

If Trump actually wins, we can expect that he’ll be hauled into the conservative tent straight after his victory speech. There, he’ll be pinned to the Republican Platform by the four arms of the conservative belief system; social, political, fiscal and religious. The magistrate of the GOP will profer the same bargain that Scotland’s hero William Wallace received in the movie Braveheart. Either confess to your crimes or have your guts spilled out in public. That was no scene for the faint of heart.

The King of England was the key conservative of his day, willing to protect his authority by any means possible. The same holds true for politicians of many stripes today. But one has to admit that Republicans and conservatives excel at the game. They do not fuck around. They will not lose for lack of trying. And by the way, that’s Mike Pence under the hood and holding the axe in the picture above.

Yes, it’s a harsh little competition we’re witnessing, and the apparent winners aren’t always the lucky ones. That much we know for sure.

2 Responses to No race for the faint of heart