Posted on June 5, 2016 by Christopher Cudworth

We were up today before dawn to get ready for my trip to the airport. That meant the pool equipment that looked so happy under the Florida sun took on a dark and sinister cast. Even the frogs that had been singing the morning before sat silently in the palms. Everything seemed sad that vacation was over. Or so it seemed.

Yet the trip home from Tampa went so smoothly I was tempted to think traveling had actually gotten easier of late. Tales of nightmare lines at the TSA check-ins were everywhere. That was not my experience. On the flight down to Tampa, my digital boarding pass even offered TSAPre status that put me through the process even easier. How that happened I do not know. But it was faster. 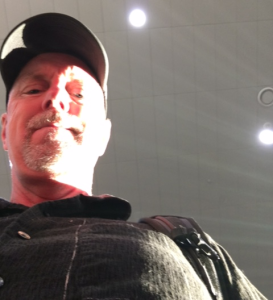 Our week in Tampa was wonderful, capped by that wonderful run yesterday morning on the Starkey Wilderness Trail. When we got back to the parking lot we heard the chatter and laughter of a running group echoing beneath the steel shelter next to the bathrooms.

That made me think about what it might be like to move down here and actually live in Southern climes. During our run that morning we’d seen so many of these same runners out on their loops. They looked just like our assortment of running, cycling and triathlete friends back home. In other words, they were young and old, fit and fat. Just doing their running thing before gathering back at the picnic tables for camaraderie. Like runners do.

There were also a number of cyclists and triathletes doing their bike mileage out on the trail. This led Sue and I to discuss the merits of living down there in Florida. “You could train all year,” she said. “And acclimate. Then you could go race anywhere in the country.”

Hmmm. Sounds tempting, does it not?

Some triathlon friends this year did the reverse. They trained up north all winter for a Half Ironman, then flew down for a triathlon in Florida . They did well, especially given the supposed difficulty of putting in big mileage in colder weather.

But is it really that difficult or any harder to train up north as opposed to down south? Personally, I love running in cold weather. After the first couple miles when your hands warm up, cold temps are hardly noticeable. Some days you wait until the temps warm a bit before going for a longer run. You learn the ropes and make the best of the weather you have. Sure, there’s snow, wind and ice to contend with as well. So let’s not be naive. It’s not always easy to live and train “up north.”

Cold northern weather makes it tempting to consider moving to a place like Tucson, Arizona, where the mountains beckon for long climbs in southern climes. Okay, we all know the desert winds can get fierce. And in summer, the heat in Tucson or in Phoenix (or for that matter in Australia, Africa or any other place known for a hot clime) can kill you at 2:00 in the afternoon. Athletes who live and train in these places learn how to deal with the heat. They typically get their workouts in early.

There are other considerations to moving to new locations as well. Life can interrupt the best of plans.  While in Florida I met a 73-year-young guy named John down who lived in New Port Richey. He moved there a few years back. Four years ago he lost his wife to a sudden onset of brain cancer after she had just been advised by doctors that she had officially survived ovarian cancer. After 19 years they told her she was “cancer free” and no longer needed to come for checkups. Then the brain cancer struck and she was gone in eleven months. Her health had gone suddenly south.

Yet John keeps himself active these days running 3-4 times a week and cycling the other days. He does adventure races as well as triathlons. “I usually win my age group because there aren’t many of us,” he chuckled. “But I had to laugh at the results of one race. They said I was second even when there was only one entry. They said they didn’t know how that even happened.”

It proves that so many of us operate in time-out-of-mind fashion. We place ourselves somewhere and make it work. Yet we still long for other places, better races and friendlier faces.

If that drive is strong enough, many people shake off the snow and cold and head South. Expatriated northerners migrate to Arizona or Florida seeking a whole new life only to arrive and find the new life contains so many of the same elements as the old life, just in a new climate. There are still relationships to consider, bills to pay and loneliness to bear if life’s circumstances have changed for reasons outside your control.

But the allure remains. Florida is indeed a beautiful place if you know where to look, and the warm climate is its principal draw for millions of Snowbirds and Retirees. Yet the state is also the repository (depository?) for millions of people who can’t seem to slide any lower off the map. Homelessness is common, as well as people of a seemingly common gender bearing a peculiar kind of zaftig shape one can only call the Florida Physique. They may not be hardy or healthy, but as long as they can get out of the sun and into the shade, grab a bite to eat now and then and scrounge up a few (or many) drinks, they survive to see another day. At least they know they won’t freeze to death in Florida.

And isn’t it amazing in a state where so many people claim to love Jesus with signs, tee shirts and hats, there are so many poor and homeless characters wandering around?

There is one other thing all Floridians seem to have in common. There are many godawful drivers in every city and on every street you find them. We witnessed people drifting their vehicles across three whole lanes of traffic. And bad driving was not categorized according to  wealth, privilege or poverty either. Bad driving was as true with beater Chryslers as it was with newly shining Chrysler 300s. People in Florida simply suck at driving.

This ugly problem is perhaps reflected in hundreds of billboards advertising lawyers promising “aggressive services” to win that lawsuit and gain those rewards for “personal injury.”

So the innocence of the place and its Sunshine State reputation wears off rather quickly, usually after six or seven hours or so, to be honest. The litigious climate in Florida is enough to make one think that the best way to make a good living down there would be to steer your $5000 tri-bike straight into traffic and hope the physical damage to your person isn’t that severe. Just make sure to do the deed under one of those billboards for the injury lawyers. And when the “offending” driver jumps out of their vehicle to scream at you for getting in their way, simply point up at the sign and say, “My lawyer will be calling you!” 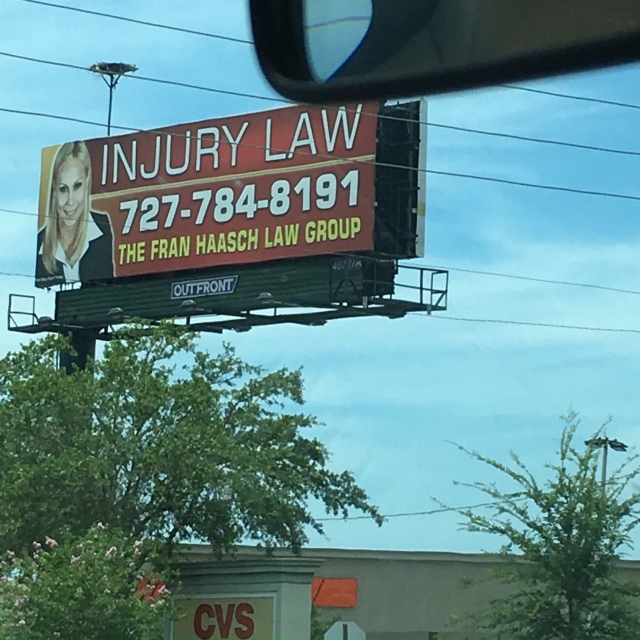 When one of those aggressive Sunshine State lawyers gets done with your case you can live high on the hog the rest of your life. Buy yourself that new Specialized Shiv. Invest in several pairs of Saucony ISO Triumphs as a symbol of your newly earned decadence and buy some Speedo swim goggles with miniature windshield wipers on them if you like.

The year in review

We exaggerate of course. Most of us still have to earn a living no matter what Southern clime we choose. But if you figure out the whole money thing and do move South to where you can train year-round, remember that the mind and body do eventually need a rest. I predict you’ll train your butt off for eleven months of the year, then get a longing for cold snow and warm holiday lights in the darkness of night. Then you’ll grab a late flight and show up at the house of friend or family eager to share in turkey, potatoes, stuffing, pie and cognac. You’ll put on seven pounds in three days and feel as bloated as a Florida manatee after it washes up on shore after a power boat strike.

And that means starting all over training with a life buoy around your middle come January. You can take a Northern soul South all you like, but you can’t shirk the fact that a layer of fat will sooner or later come home to roost, usually around the area we call Tampa-St. Petersberg. But watch out for Orlando as well.

2 Responses to On Southern climes