When will my goddamned new shoes get here?

Posted on January 15, 2016 by Christopher Cudworth

looked like orthopedic boots? And that they had basic one-side-to-the-other treads on them that looked like they were drawn by a two-year-old? No. That was not my fault. So shut your goddamned trap about that. Not my fault.

And was it my fault that Jimmy Carter took up jogging and made liberals the laughing stock of the late 1970s? Because he wore those stupid shorts and ran sideways and then fainted when he was supposed

to be going forward? And that came to represent his entire presidency? Not my goddamned fault either. I’d still goddamn vote for him today, even though…

…the goddamned 1980 Olympics didn’t get held, and Craig Virgin got screwed out of a chance to win Gold and exceed the legacy of Steve Prefontaine, which he frankly deserves. Not my fault we skipped out. I was all for America going over to Soviet Moscow or wherever and kicking some Goddamned Soviet Ass. Now I sound like a goddamned conservative. And sonofabitch, in some ways I am.

But my goddamn shoes are still not here, and I want to run tomorrow. Not next week. Not 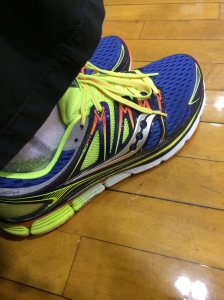 a goddamned month from now. Tomorrow. My whole goddamned world is clogged up like a giant Shoe Shit waiting to come out my goddamn skinny runner butt. Until my New Shoes get here, the rest of my world is on hold. Goddamnit. God. Damn. It. 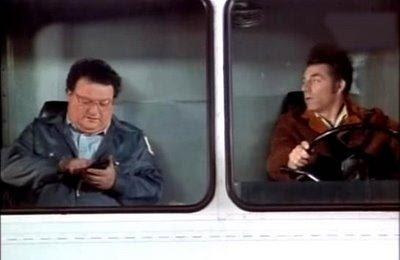 We paid our dues. We taped athletic tape to the heels to make that cheap rubber they used back then last longer. We literally wore goddamned holes through the bottom of the soles of our shoes because we cared not about biomechanics and gait balance. We were like the Seinfeld character Kramer driving around with his car on “E” to see how goddamned far he could go. All we knew how to do was goddamned run. And we were good at that.

So goddamnit I should not have to wait for my goddamned new shoes. Not one minute more. Get here. Goddamn. New Shoes. Goddamnit.

Christopher Cudworth is a content producer, writer and blogger with more than 25 years’ experience in B2B and B2C marketing, journalism, public relations and social media. Connect with Christopher on Twitter: @genesisfix07 and blogs at werunandride.com, therightkindofpride.com and genesisfix.wordpress.com Online portfolio: http://www.behance.net/christophercudworth
View all posts by Christopher Cudworth →
This entry was posted in Uncategorized and tagged new shoes, saucony, waiting for new shoes. Bookmark the permalink.

3 Responses to When will my goddamned new shoes get here?