On dopey drivers and the Doppler Effect

Posted on July 25, 2014 by Christopher Cudworth 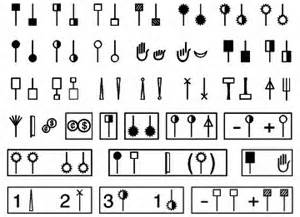 My companion and I were pedaling up Illinois Highway 2 between Dixon and Oregon, Illinois, minding our line next to the white line when a small silver car came buzzing past us with the windows wide open. The driver yelled something at us but we could not hear exactly what he said.

See, there’s this thing in physics where sound gets distorted by speed and distance. You might be aware of the Doppler Effect when a train goes by. You’ll hear the horn and it will go something like ___Nyyyyyyyyeeeeeeeoooooooooooowwwwwwwwnnnnn_____

I’m no physicist of course. But I know enough to know that yelling out of a car window results in about the same sort of sound distortion. Which means that dopey drivers yelling things at cyclists out their car windows think they’re making some really cogent point about the fact that they hate the idea of sharing the road with cyclists.

They’ll yell something like “Get OFF THE ROAD” and what we actually hear is something more like this…”getttorrffooooaadddd.”

The sound is retarded, you see. But just in case you think I’m making a personal insult relative to the functional intelligence of the driver yelling out the window, what we’re actually referring to here is retardation as it relates to musical sound. I’m no music theory specialist, but here’s the definition:

Retardation is the act or result of delaying; the extent to which anything is retarded or delayed; that which retards or delays.

If that doesn’t satisfy you, perhaps you’ll better appreciate retardation in context with this glossary of musical terminology. You can look it up, in other words. There really is such as thing as being retarded.

See, when you are a dopey driver who yells out the window of a speeding vehicle, the sound you make is retarded. It is delayed until you are past the cyclist at whom you are yelling. We don’t hear it. So it really is retarded.

When you really slow something  down or delay it, it might even reflect back you you. So better to delay your stupid comment together rather than have it come out retarded. Better to keep it to your retarded self. Because even when you fling an angry insult out the car window with all the invective you can muster, your comment will certainly be retarded if your vehicle is moving faster than the bicyclist at whom you are directing your ire.

So save yourself the embarrassment of being misunderstood, and don’t be retarded. Simply keep your mouth shut. Save your insults toward cyclists or running or else risk exhibiting the lower intelligence that might technically qualify you as the other kind of retarded, which is having lower intellect than what we brand “normal” society.

And you don’t want that.

Christopher Cudworth is a content producer, writer and blogger with more than 25 years’ experience in B2B and B2C marketing, journalism, public relations and social media. Connect with Christopher on Twitter: @genesisfix07 and blogs at werunandride.com, therightkindofpride.com and genesisfix.wordpress.com Online portfolio: http://www.behance.net/christophercudworth
View all posts by Christopher Cudworth →
This entry was posted in Christopher Cudworth, We Run and Ride Every Day and tagged attacking cyclists, delay, dopey drivers, get off the road, harrassing runners, hating on cyclists, musical retard, retardation, Share the Road, to retard, werunandride, yelling at cyclists. Bookmark the permalink.

1 Response to On dopey drivers and the Doppler Effect