There is a week or two every year that falls in the gap between when college runners complete their track season and the NCAA national meets. For runners that have not yet reached the qualifying mark for nationals, there are All-Comers meets where can compete to make qualifying.

I made it to college nationals three straight years in the steeplechase by qualifying during the regular track season. But waiting those two weeks to run after conference could drain the competitive desire out of you. The spring weather would warm. Often there was a girlfriend tugging on your sleeve to hit the party scene. Keggers in the woods. Making love on a rock ledge over the river. Just the typical lust for life stuff.

An athlete prepping for high-level competition can indulge such things and still succeed. In fact, there is probably no more relaxed and motivated runner than the one who’s feeling loved and desired.

The Edge of Fast

But there is still that need to stay on the edge of fast. Which is why the All-Comers meets are so critical. For those still seeking to make nationals, there is incredible pressure and often just one or two additional chances to make it. I never had to make that happen in college. But a few years after college I showed up at an All-Comers meet held at North Central College in Naperville. The meet was staged on a Friday night. Hundreds of track athletes in every event showed up. 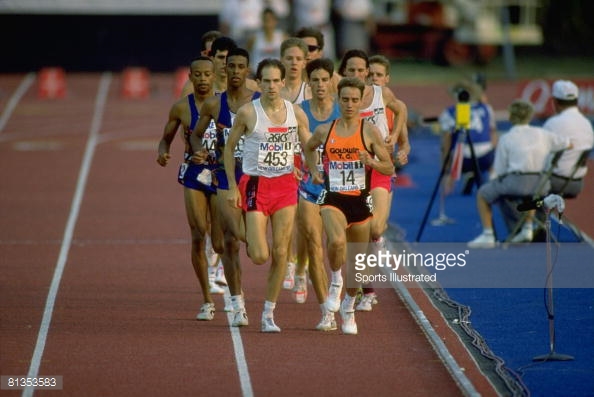 Jim Spivey #453 was a world class runner for more than 10 years.

It also happened to be an Olympic year, so the almost certain lead runner in the 5000 meters that night was a certain top-flight athlete named Jim Spivey, who if I recall correctly was prepping for the 1500 in the Olympic Trials. Of course, another top runner from the Chicago region was one Dan Henderson of Wheaton College. Later that June, Henderson would, in fact, lead the race in the 5000 meter Olympic Trials race.

Long night under a full moon

So the stage was set for a fast Friday night All-Comers meet. I arrived at 4:00 in the afternoon and watched heat after heat in every event. The meet dragged on because there were so many athletes in every event. 8:00 pm passed as a big full moon rose into the night sky. Then 10:00 came along, and we were still just 2/3 through the meet schedule. I’d already gone out to get something to eat and returned. I warmed up once at 9:00 thinking things would move along. But no such luck.

A female friend that had come to watch the meet stuck around for hours, but ultimately went back to her apartment for a while. I thought that would be the last I’d see of her. After all, she was technically only a friend from work.

But she showed back up at 11:00 pm and stuck around for the midnight start of the 5000 meters. There were 25 runners on the line. We jostled around and sorted ourselves out into perceived groups. No one was interested in messing up the prospects of anyone else. This wasn’t about competition as much as it was cooperation. The goal would be to find a group racing at your own target pace and get into the flow. So the feel fo the event was different than your typical race, a bit more like the recent 2-hour marathon attempt by Nike athletes.

The pace went out fairly fast. I came through the mile in 4:40 and felt quite good. Then I came through the two-mile in 9:17. I still felt good. But with a half mile to go I started to feel it. Still, the pace held even and I stuck with my fellow competitors and finished in 14:45 or so. Even though the entire purpose in entering the race was to set a new 5K PR, I was so focused on finishing fast that I forgot to hit my watch until 10 yards past the finish line. I’d slowed the last mile but that was the consequence of going out strong.

In any case, it would be the fastest 5K I ever ran, or would ever run again. The weather had been perfect, sixty degrees and no wind. The track at North Central was one of those red Chevron surface that felt like a dream with a pair of Nike Air Zoom spikes on my feet. I remember those spikes so well. They were pure white with a single light cobalt blue swoosh. The soles were grippy but light, and the heel counter was barely a half inch thick. Built for speed. They were given to me by the running store whom I competed on contract that summer doing road races.

The strategy was that track racing builds confidence for competing on the road. Setting a PR at 5000 meters on the track expanded the mental limits of what I could do on the roads. Sure enough, that summer turned out a 14:57 road 5K but I still finished second in the race. That’s how it was during the competitive road running heyday of the mid-1980s. There was none of this winning 5Ks with a time above 16:00 or 17:00 minute as it seems to happen these days. That would have been laughed at in those days. 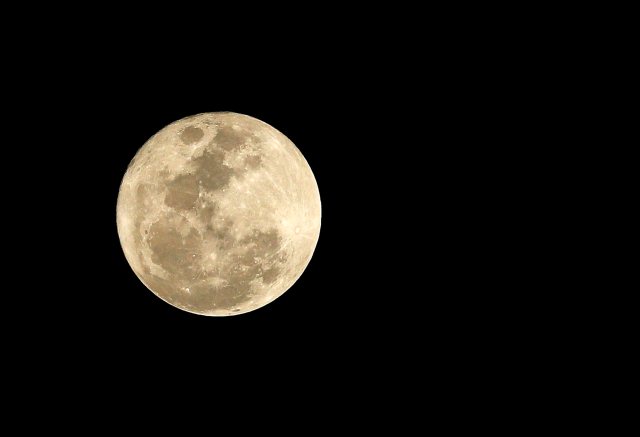 In the afterglow of that midnight 5K at the All-Comers meet, my female friend came down from the stands to give me a hug, and a kiss! “Nice JOB!” she shouted. I’d finished in 14th place behind to top runner. That might have been Spivey, I don’t recall clearly, but someone ran a 14:01 to tow the entire field to faster times.

Granted, the difference between my own career and that of an athlete like Jim Spivey could not have been more profound. Jim would go on compete in the Olympics three times after having won Illinois high school state championships in the 800 (1:50.2) and finishing second in cross-country with a time of 14:00 for three miles. Not too shabby.

I only aspired to be that fast. But it did not take the thrill out of running a PR at midnight on a Friday night in May all those years ago. Nor did it hurt to get that hug and a kiss from a friend that would later turn into a loving relationship of sorts. Like a Bob Seger or Dan Fogelberg songs, it was one of those “she went her way and I went mine” kind of 20-something things. We all have a history. And thank God for that.

The drive home that night was strange. My body and mind were ramped up from the competition. I rolled down my window and shouted out the window: “5K PR!! Whooooo!” The full moon did not seem to mind. It stared down kindly on my car on the dark road. The moon knows that we all rave at it now and then. It is patient with us in all seasons. Of the year. And in our lives.

Christopher Cudworth is a content producer, writer and blogger with more than 25 years’ experience in B2B and B2C marketing, journalism, public relations and social media. Connect with Christopher on Twitter: @genesisfix07 and blogs at werunandride.com, therightkindofpride.com and genesisfix.wordpress.com Online portfolio: http://www.behance.net/christophercudworth
View all posts by Christopher Cudworth →
This entry was posted in track and field, Uncategorized and tagged All-comers meet, NCAA nationals, qualifying time in track, track and field. Bookmark the permalink.