Posted on February 23, 2017 by Christopher Cudworth 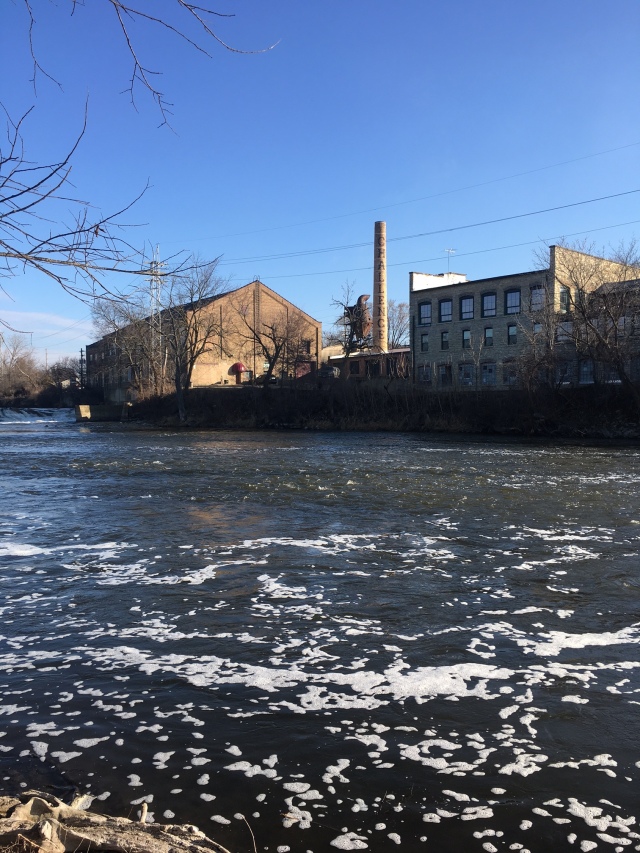 In Batavia, Illinois where I lived for 20 years, there is a set of old buildings that were constructed from river bluff limestone more than 150 years ago. Granted, that’s not long time ago in terms of world history. London has pubs that are far older than that. But in this Midwest river town, those old buildings represent the foundations of

But in this Midwest river town, those old buildings represent the foundations of local history. They were built to manufacture the types of large wooden and iron windmills that were shipped across the country and around the world. 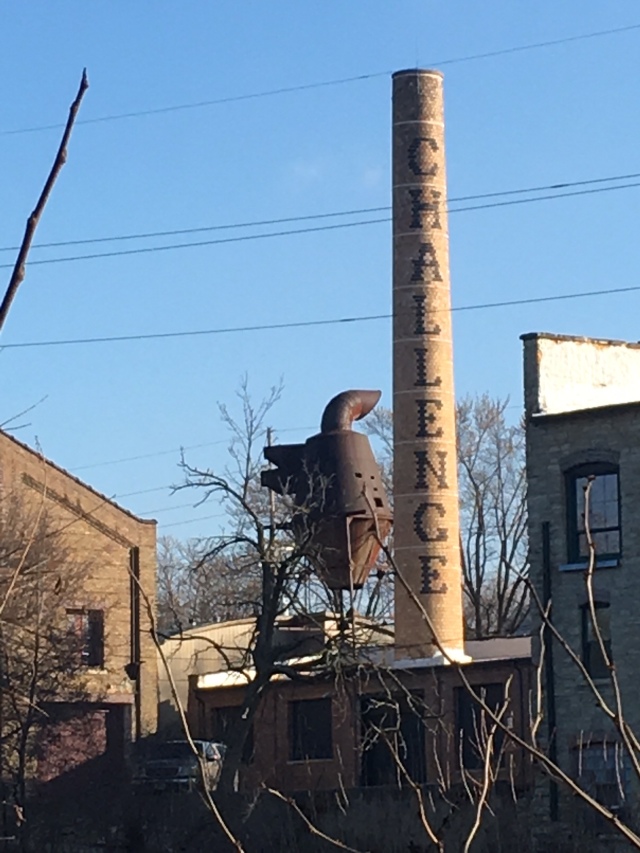 On the north end of town by the dam stands a long structure called the Challenge building. It was built in 1846, which is 171 years ago. Back then the riverbanks were still wild, but small industrial communities were forming up and down the Fox River. To the south was Aurora, which is now one of the largest cities in the state. Fifteen miles north the City of Elgin was growing.

In between sat three other towns that center along the river. Batavia was the southernmost. Geneva came next, and once hosted an agricultural feed mill on its banks. St. Charles had a giant piano factory that was later turned into Howell Furniture. When the Howell company went out of business, developers put an outlet mall into the building. When that failed yet again, the city let another developer knock it down to build upscale condominiums. Such is the process and pace of change.

For many years leading up to the 1970s, there were still trains that ran along the banks of the Fox River. A trolley system once traveled some of these rails as well. As late as the 1980s, there were still trolley rails embedded in the asphalt of Anderson Boulevard where I lived for eleven years.

A single train track now pokes into Batavia on the East Side. By law the engines have to honk their horns every time they cross a road. During the night when many of the trains come and go, they honk and blare like a deranged goose let loose in the suburbs.

That lone train line serves the industrial parks and remains a valued asset for certain businesses. The rest of the railroad beds have been converted to bike and running trails. This occurred with some controversy back in the 1980s. A County Board and Forest Preserve Chairman named Phil Elfstrom, a Batavia resident, was an advocate and early leader in the ‘rails to trails’ movement. Politically, he was a bit of a blunderbuss. But he got things done and there is now a system of trails that runs along the Fox River 40 miles long from Aurora to Crystal Lake. In terms of supporting fitness and public recreation, his legacy remains one of the most important political choices in the last 100 years.

Ultimately he ran afoul of some wealthier residents along the west bank of the Fox River that did not want bike trails running through their backyards by the river. A political movement was formed against the taking of private land for public purposes and Phil Elfstrom was deposed almost solely on that issue. He’d also made some interesting suppositions about buying up properties in a downcast residential area named Valley View. That did not win him any support either.

The admirable aspect of Phil Elfstrom is that he was visionary in his ideas and not afraid to take on challenges. It’s always one thing to talk about ideas like trading rails for trails. It’s entirely another to get them done. During his tenure, I sat in his office one day and advised him that the County could really use a public relations person. He said he’d think about it. But by the time he did, the election was lost and it was too late.

These days there are thousands of people who use the river trails to ride their bikes and go for runs or walks. The popular Fox Valley Marathon is conducted on the Fox River Trails, making it one of the most scenic races in the Midwest. 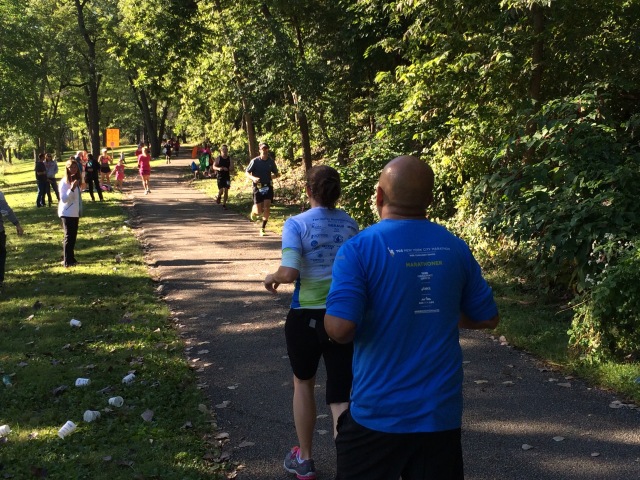 Runners compete in the Fox Valley Marathon on the Fox River Trail.

At mile 18 or so, the marathon passes by the Challenge building with its tall chimney. The building is a bit of a brooding structure these days. There are companies that use part of its remodeled spaces, but the giant water structure that perches on its roof is slowly rusting through.

It is safe to say that the people who worked in those windmill factories could scarcely imagine how Batavia would look someday. The old dam is crumbling, falling into the river chunk by chunk. It holds back the river and deepens it above the dam for nearly two miles. Someday that dam might break, and water will go rushing through and the river will sink into its natural limestone channel. It would be quite an experience to be present if that were to happen somehow, and suddenly.

Every time I run or ride on the river trails that pass by those old buildings, I am grateful for that opportunity. It honestly all came to pass because one man was willing to take on the challenge of making it happen. You can argue all you want that there is no “i” in “team,” and sound like the best corporate soul that ever existed. But I still admire the initiative of a person with a vision and the will to make it happen. Without that, nothing ever gets done.